Debilitating Issues with Formlabs Despite Investing $20,000

I have had numerous negative experiences with Formlabs printers over the last 8 years, costing me over $20,000. The first printer I purchased was shipped back to Formlabs for repairs, but the issues persisted. Living in Costa Rica I also had to airdrop all units back to Formlabs. The second printer had a faulty optical unit, which caused me further problems and additional costs. My business and ideas suffered as a result of my reliance on Formlabs printers. I even tried cleaning the optical sensors myself which worked for a moment, but the printer continued to fail after. I eventually purchased a $600 Saturn S printer, which has performed way better than the Formlabs units.

I load the file and print and its done. Despite this, I foolishly purchased another new Formlabs Form 2 printer on eBay, only to have it arrive with a faulty resin sensor. Formlabs offered various excuses but failed to adequately address the issues I faced. I found they left the 4 screws loose that secure the resin tank. I fixed this and it worked for a little and then failed again with resin sensor errors. I have also learned that many other customers have had similar experiences, and feel that their businesses have been damaged as a result. Formlabs is aware of the problems with their printers, but has failed to remove them from the market or compensate customers. I believe that Formlabs is destroying customers’ lives and acting as if nothing is wrong and this is not right. How do you get outperformed by a unit that is a fraction of the costs? There I’m done venting.

@innovtr They’re losing market share and they know it. They had a really innovative product back in the day, but between Form 1 and Form 3, they’ve really only iterated on their product with minor improvements. The investors want a quick profit with low risk, so they can’t try a risky new product/scope. Instead, they’ve taken the route of a closed ecosystem and trying to scrape more profits out of current customers. Meanwhile, other companies are leapfrogging them on features/cost. (Elegoo, Anycubic, etc) Even Stratasys, the HP of 3D printers, is opening up their platform to third party materials. You can see how little activity there is on these forums, used to be a lot, but now it’s a new post every few days. Form has some decent materials, I even use some of their materials in a third party printer and they work great. (Chitubox has more control over slicer settings than Preform) The one thing the Formlabs printers have going for them is a heated build chamber, I haven’t seen that in the Chinese models. Not sure if that’s due to patents, but with a chilly basement, non heated build chambers tend to not be super consistent.

I absolutely understand the frustration and we are happy to work with you on this. We understand that buying printers second-hand can often lead to problems, and we have a Support Team to help sort through these issues. Since you mentioned you are in Costa Rica, you are outside of our typical support network in North America, but we also have partners across the world that assist in troubleshooting in other locations.

It appears on our records that you haven’t opened a Support Case with us since 2017; I would advise opening a ticket with our Support Team and we will try to assist as best as we can. Please keep in mind our timeframe for Ongoing Support for the Form 2. With that said, we will do whatever we can to try to get you back up and running.

Thanks for the response. I have open support tickets under this email address; please check. In my last convo with support, I was told they would send a free tank, and other than that, there is nothing that can be done. Made no sense as the optical sensor issue is one that is very known. As I also mentioned, my first two units were brand new. I’ve been really trying to like Formlabs, but in the end, I’m here because I need to print things and thats not happening with any of these units. They look great, though but don’t print
lol. 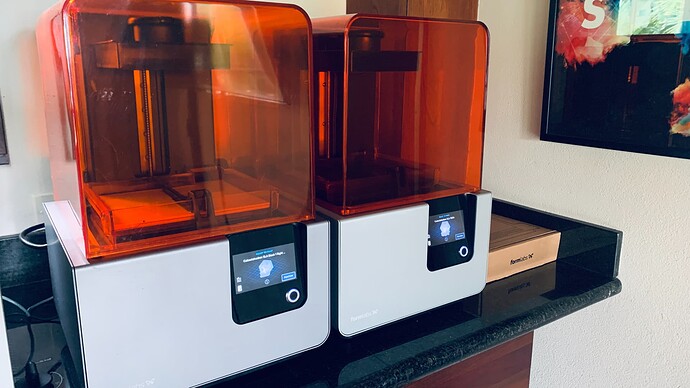 My apologies for the mix-up. Your recent support cases seem to not be listed under your forum email address, which is why they did not come up for me.

Trying a new resin tank can resolve resin sensor errors in some cases. Assuming this along with other troubleshooting has not proven successful, you could try Enabling Open Mode which disables certain systems including resin level sensing as a potential workaround for this issue.