Crazy alien carcass formed in my tank with resin "Tough 1500"

I swear I haven’t printed this. Last time I used this LT tank, all went just fine, and there was nothing left except clean resin in the tank.
But I opened it today and found this !!! 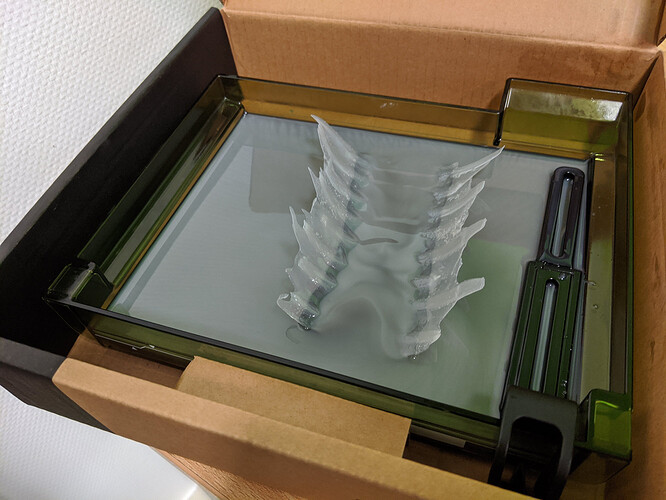 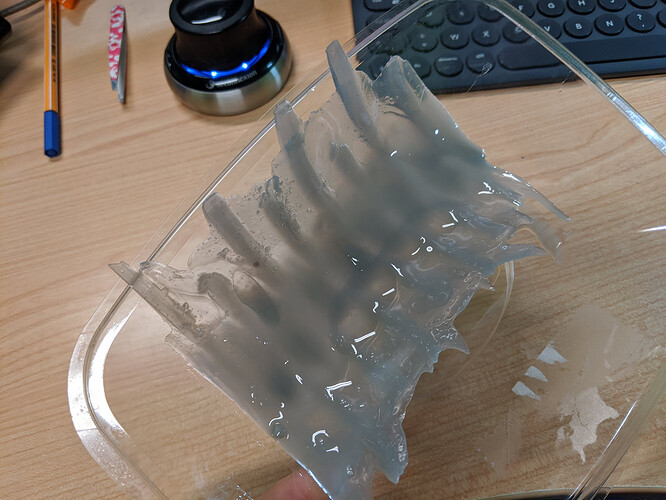 It looks as if the resin had solidified in a ribbed pattern at the bottom of the tank, and then curled up.
I’m completely at loss to explain what happened…

Is your printer staying close to daylight sources (windows)?

The printer plastic cover is not 100% protecting the resin from external UV light and there are small gaps from where more light can come into.

Is your printer staying close to daylight sources (windows)?

No, but it is under a neon with sheet metal ribs : 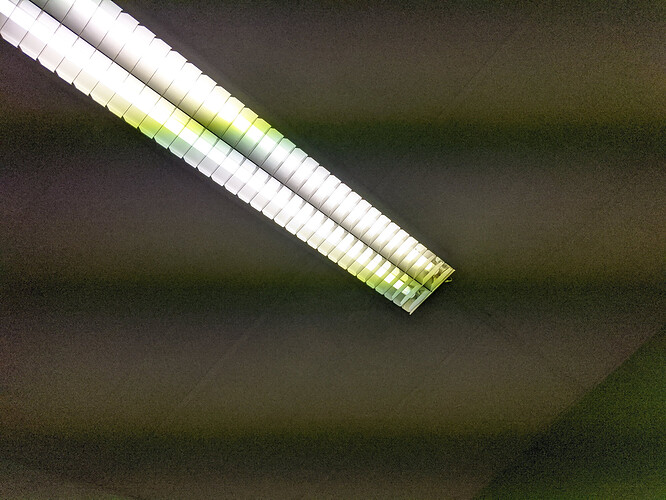 But heck ! that would mean that this “Tough 1500” is really sensitive, and it would have taken a crazy lensing effect to do this.
Is the cover really that bad at blocking the proper frequencies ???

The cover plastic is blocking maybe 99% of the UV light but some wave lengths still pass through it. My main concern is that the cover is not “light sealed” - there are some gaps through which can pass light. In your case the gaps may create “camera obscura” effect but still can’t figure out how this weird shape can appear in the tray.

Personally I placed my Form3 inside a cabinet with weak air ventilation (330nF/630V capacitor in serial with the 220V fan 10W) - there is no light inside the cabinet and there is no smell in the room where I use it. So far I never had problems with the resin in the tank but noticed that if removing the parts from the build platform was done in a daylight, I get very bad artefacts. Resin is sensitive to daylight (also to luminescent light) so be careful where you place the printer and where you remove the parts from the build platform.

I’m at a bit of a loss to attempt to explain this, but I have some ideas.

First is that it’s a leftover bunch of layers of a failed or partially-failed print that stuck to the tank surface, and eventually curled up and peeled off the tank, presenting itself how you found it later.

However, the pattern of the cured ‘alien carcass’ looks a little bit like the spacing between wires in typical wire shelving, and it’s a lot easier for me to imagine that shape curing against the bottom of the tank than floating on top of the resin, so my hunch is that maybe you left the tank covered, but sitting on a wire shelf for a while, and light from some source bounced up off the ground, through the shelf, and into the tank that way, curing the resin that wasn’t in the shadow of the shelf wires. Does that seem possible to you?

(If we’d arranged our spaces differently where I work, we might be having the same problem here, with afternoon sunlight bouncing off the floor and into tank-storage shelves)

I searched my print history and this is what I found out :
I did only one print with this resin and it was a failure. 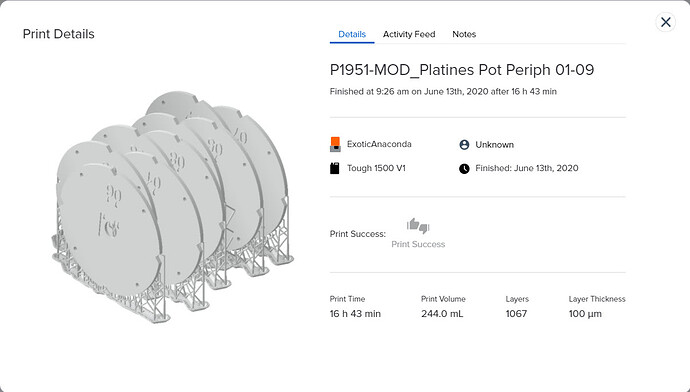 After this, I reverted to the good old blue tough resin and managed to do my parts.
I don’t remember exactly what failed, but I admit I was stretching it with those almost vertical disks, all bunched-up.
I took out the bulk of the failed print, but probably didn’t see the few cured layers that had stuck to the tank.
Since I put the tank in a carton and in a closed cabinet, there could have been no light entering the vat after that.

I guess the mystery is solved.
Not too sure about “Tough 1500” though ; I noticed that it’s components had a tendency to separate (translucent goo / grey gunk) like some cheap resins I had tried in the past.
I’ll have to do more tests with easier to print parts, as soon as I can get my belt issue sorted.

Sorry for scaring everybody with the resin monster ; I should have checked my dashboard before posting.

Love the story!! I bet you were screaming but we did not hear you (in space!)

I am using the TOUGH 1500 and prefer it to the Blue TOUGH. With the lid closed on the cartridge, I always rock my resins from side to side 50X to ensure thorough mixing. Any resin left in tray I mix 20X by carefully detaching mixing arm and using it to mix resin from side to side in tray. Learnt to do this after discovering DENTAL MODEL settling out after a few days.

I’m pretty sure Dental Model is Formlabs’s most settle prone resin these days, and it’s tested to see if normal Form 2 Wiper/Form 3 Mixer action during pre-printing and printing will adequately re-disperse settled pigment, but using the Form 2 tank’s (regular or LT) wiper to mix up resin is a fine thing to do for extra confidence.