First, my background…I used to teach tech support for Apple and was a Systems Engineer for Apple. Got my first Mac in 1985. So I know my way around a Mac…not a newbie.

But…with all that great experience, I can’t for the life of me, figure out what the HECK the shortcuts are for PreForm! This has been a source of frustration for me for over a year. Until today when I’d finally had enough, and decided to turn my frustration into a product feature request.

I want to use key commands for the slicer instead of the mouse, but still have never figured out a key combination that works. Dear Formlabs…WHAT IS THE ARROW WITH THE DOUBLE LINES THROUGH IT?? This is NOT a standard Mac keyboard command that any user understands!

These are the standard Mac keyboard shortcuts:

Okay, so I changed the title of this thread…please make the keyboard shortcut for Go To Next Slice and Go To Previous Slice (and Jump Up/Down 10 Slices) to something that works on the Standard Mac Keyboard. The keyboard above is what comes standard with any Mac unless you upgrade to another keyboard, and it’s also standard to any MacBook Pro. 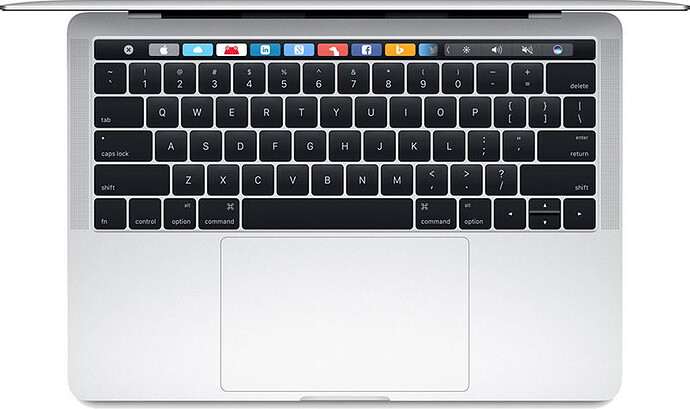 But WAIT! An update: THE SHORTCUT ON A MACBOOK OR STANDARD MAC KEYBOARD FOR PAGE UP OR DOWN IS HOLDING THE FN KEY PLUS THE UP OR DOWN ARROW. . Formlabs, can you please change this on PreForm, and reflect the fn-↑ keyboard shortcut instead of the arrow with two lines? Thanks!

(And thank you for making a Mac-friendly application!

That symbol has been in use on macs since at least the Apple Pro keyboard.
Next you’ll tell me you don’t know what the diagonal arrows are

Yes, I have an Apple Pro Keyboard in the bottom of the closet, but I don’t use it anymore…I think the last time I used that keyboard I was editing video wth Final Cut Pro.

I’ve been using PreForm since August of 2016, and it’s been a source of frustration that I’ve never gotten around to looking into…not sure why I never got around to it.

And I just checked with my dad…he’s right here. He’s the original Apple nerd—got his first Apple in 1979, an Apple II Plus with 48K of RAM, and was a developer. Had Macs ever since. He had no idea what that key is! (I’m cleaning out his house right now and found an original M0001 Mac 128K, Mac 512K, Mac SE, PowerBook 540c (first color one), and a couple of Newtons. I got grounded once for crashing his Lisa with a 5MB hard drive…yes, five megabytes.

Don’t get me wrong, i was just kidding.
Totally understand where you’re coming from, even though my perspective is skewed due to an unhealthy obsession with keyboards and keycap lettering.

My old Mac Keyboard (you can tell it’s been sitting in the bottom of the closet!) DOES NOT have those keys…Page Up and Page Down say “Page Up” and “Page Down.” And I thought you were joking about diagonal keys. I’ve never in my life seen diagonal keys! 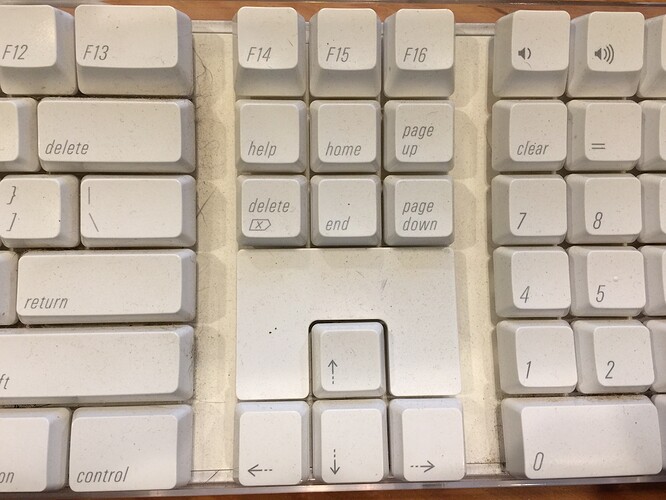 Okay, now I know why Formlabs used those keys…are these standard on a PC? Since I’m using a Mac-specific version of PreForm, this needs to be changed to reflect the keys that are standard on pretty much all Mac keyboards.

Nope it’s not standard for all other non-apple keyboard layouts as other companies tend to adhere to standard layouts so as to not discriminate people who choose to use another brand.

Anyway, here’s how it looks on a Windows machine : 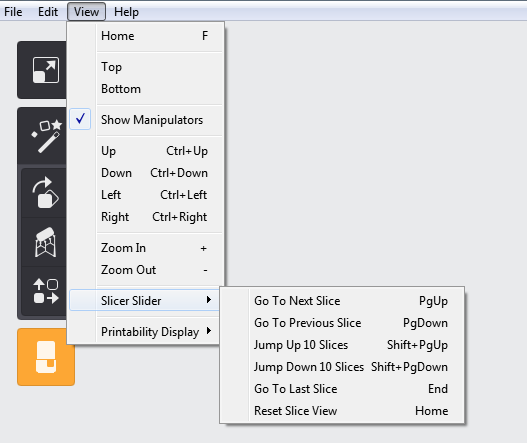 That’s wild. I would definitely suggest that the Mac-specific PreForm version reflect the available keys on a Mac keyboard…I know there was something called CodeWarrior awhile back that would make Mac/PC versions of software…but I’m assuming you could customize the menus for each platform.

Even having the “Pg Up” like on the Windows menu would be more helpful (and that also proves it can be customized for each platform…Woot!)

The Slice function is essential for jewelry models…since learning to use it I’ve completely avoided flakes in the tank.

In Preform 2.14.1 the slice menu show plain arrow keys, though it’s the home keys on my keyboard that actually work