I am looking to use high temp prints as shielding for welding applications. I’ve done preliminary tests with poorly cured (hoping to get the new curebox and fix that) prints and found that they hold up to the heat to some degree - and crack if I have them clamped too tightly (as expected), however they certainly release a smell and some fumes when they burn. There may have also been a slight bit of smoke on the first weld attempted.

I am curious as to if these fumes are dangerous, and at what level of exposure? As the MSDS given is for the resin and not the cured print I do not have an apples to apples comparison. I imagine much like the resin it is not a carcinogen but I can see that it may be slightly toxic.

Does anyone have some more concrete information on this?

Burning most plastics isn’t all that healty, What about using fiberfrax or woven graphite?
As an alternative a hard platinum based silicone rubber might work well too. You could mold one. Take your printed part, make a mold then use a wax based mold release like Manns Ease Release 200 or you can use Vaseline then simply cast a mold from the mold.

Hi, we are currently trying to prototype some heat gun nozzles and we noticed the strong smell as well. I couldn’t find anywhere the maximum temperature the cured resin can face before starting to release fumes. Is there any data available for that somewhere?

@shernandez We don’t have data on off-gassing for High Temperature Resin. This is something we’ll look into testing but in the mean time, it might be best to run off-gassing tests in the specific environment you’ll be using.

@Frew Thank you for your prompt response. The intended use is for a clean room environment, I won’t be using it without data and we don’t have testing equipment to perform off-gassing testing. I’ll be waiting for the results from your tests to start using it.

For information the max output temperature from the heat gun is 350 °C (662°F) and the smell is pretty strong when I tried.

All resins give off toxins when burned.
Urethanes give off, for example, traces of cyanide gas above 325.

Methacrylates under pyrolysis give off 2-methylpropanol, butane, and benzene… all bad stuff.

But if you guys are WELDING, you are already exposing yourself to ridiculously hazardous fumes.

You Ought to invest in an activated charcoal Fume Extractor system that comes with a flexible gooseneck hose you can position at the site of the weld to vacuum up fumes and run them thru the filter.

@Sculptingman we’ll follow your advice and think of a fume extractor that would fit our need. The nozzle was for a heat gun for heatshrinks. I’m working on controlling the heatshrinking process by 3D printing nozzles with a known distance and a reflow tip : Similar to https://www.mcmaster.com/#3149k63/=1b621o4 .

Thanks again for the info!

shernandez - also consider that if the printed or cast part is outgassing… chances are it is changing dimensionally, too.

if it is JUST outgassing, and not pyrolysis, then you might also try PRE-Baking the part at a temperature a few degrees higher than that it will attain in use.
That ought to drive out all the gases that WILL come out at that temperature.

e.g. Tin cured RTV silicone, for example, gives off ethanol gas as its temperature rises. This is a problem in foundry applications because the hot foundry wax, at 200 degrees, would come out of the molds with teensy bubbles all over its surface.

But baking the silicone molds for an hour at 215 degrees would drive out all the ethanol that would come out at 200 and the molds subsequently cast perfect waxes.

@Sculptingman with the warning you gave me earlier, not only I would like my coworker to be safe using the 3D printed nozzle but also when soldering. We’ll be purchasing fume extractors or building our owns as per your instructions.
Thanks for everything again. In the mean time, we’ll try to “bake” the 3D printed nozzle at a higher temperature than 350 °C just in case.

We don’t have data on off-gassing for High Temperature Resin. This is something we’ll look into testing…

I know I’m waking up an old topic here, but I’m wondering if any progress has been made on obtaining off-gassing data?

Same here!
I want to know if any testing has been made regarding this matter.

I did some rudimentary tests and for what it’s worth, all the printed resins I tried are flammable (Standard Black, Clear, Tough, High Temp, Flex v1, Tough). Once you light the part it keeps burning on its own. Also did some heat testing to get a better idea of how the parts deform / warp, and noticed a terrible smell during baking that you obviously wouldn’t want to be breathing in. In fairness, they were heated along with a part that was NOT made from Formlabs resin - possibly ABS and a high temp foam - and some or all of the smell might be attributable to those. (Obviously I didn’t have an interest in removing protection long enough to investigate). 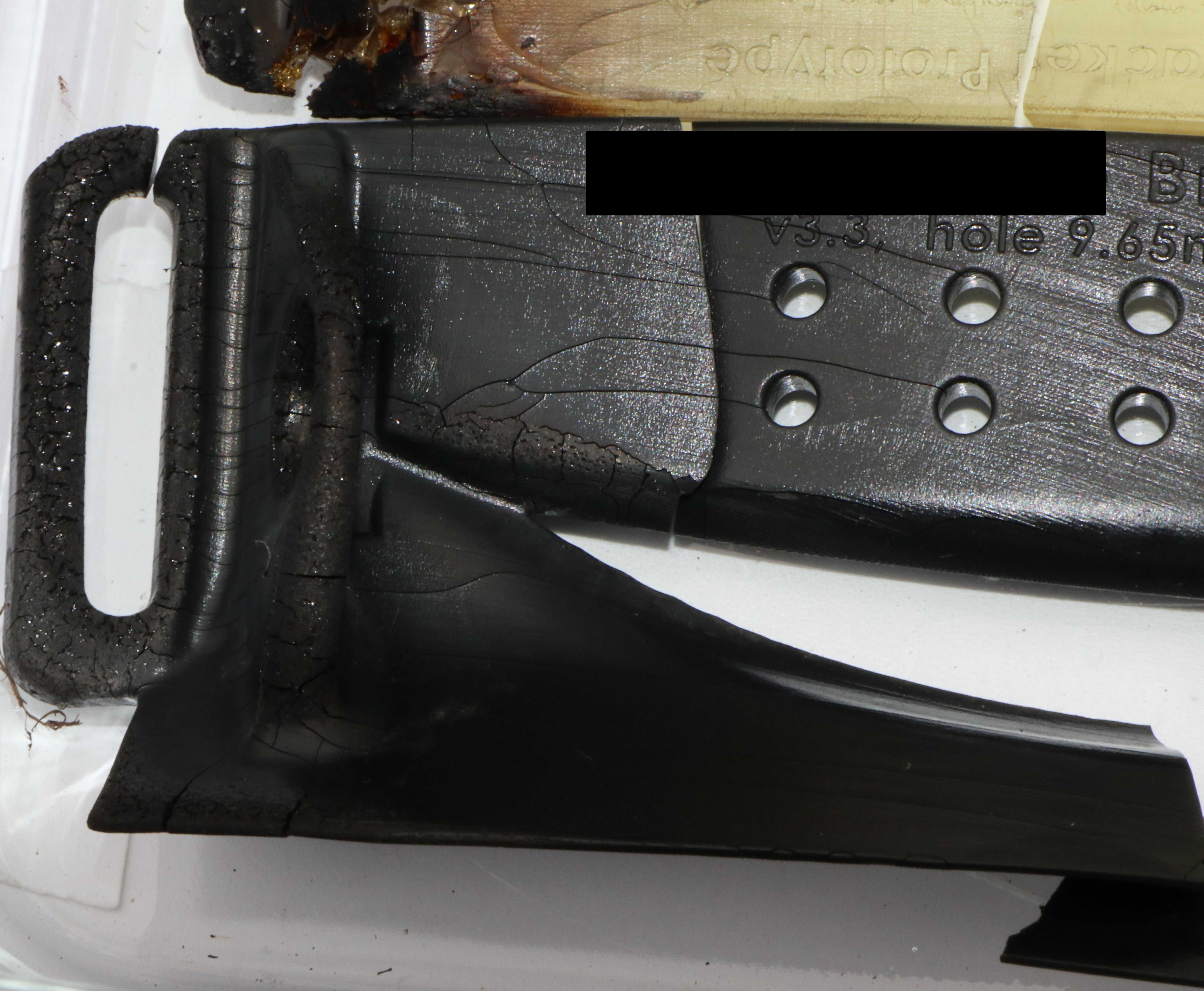 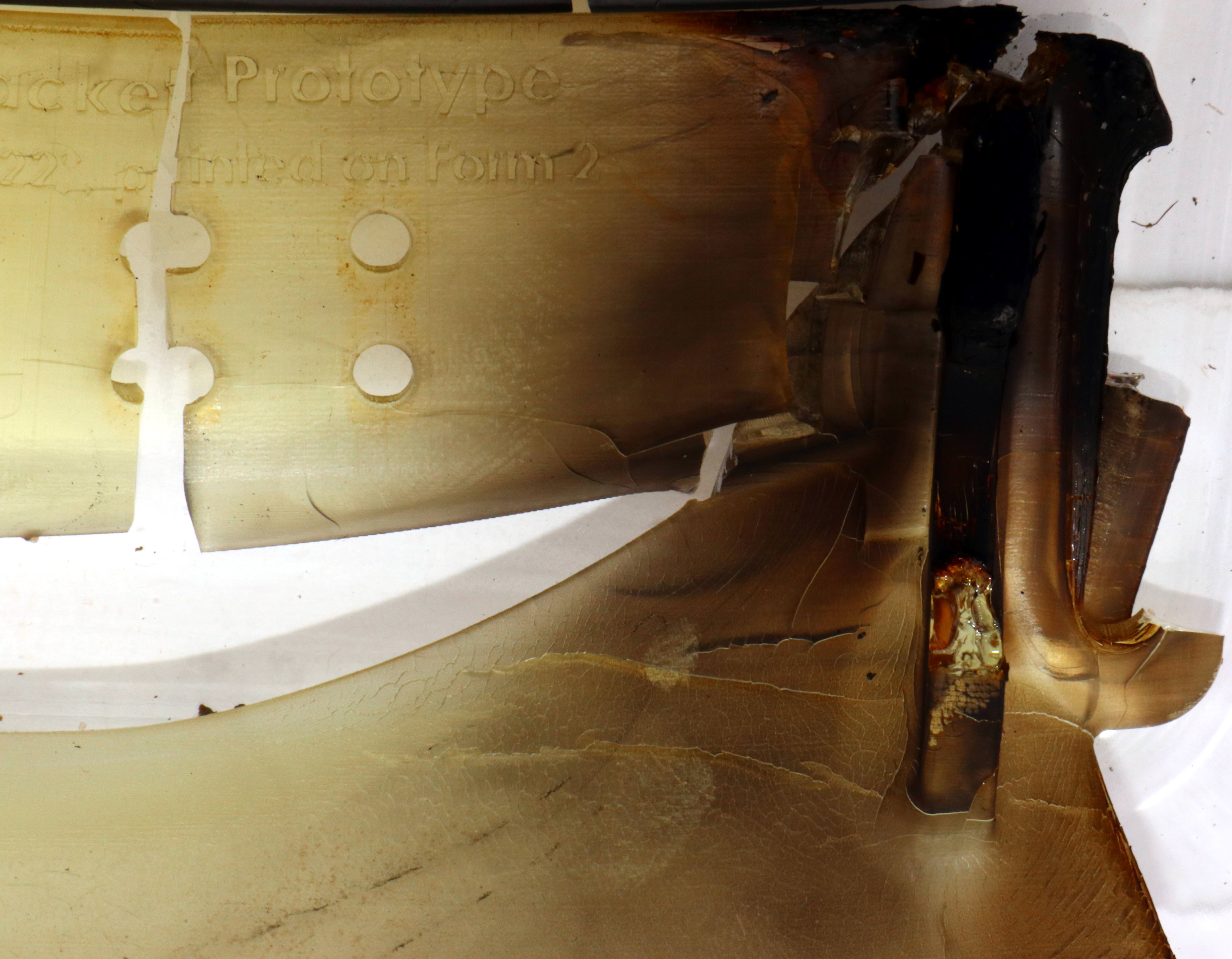 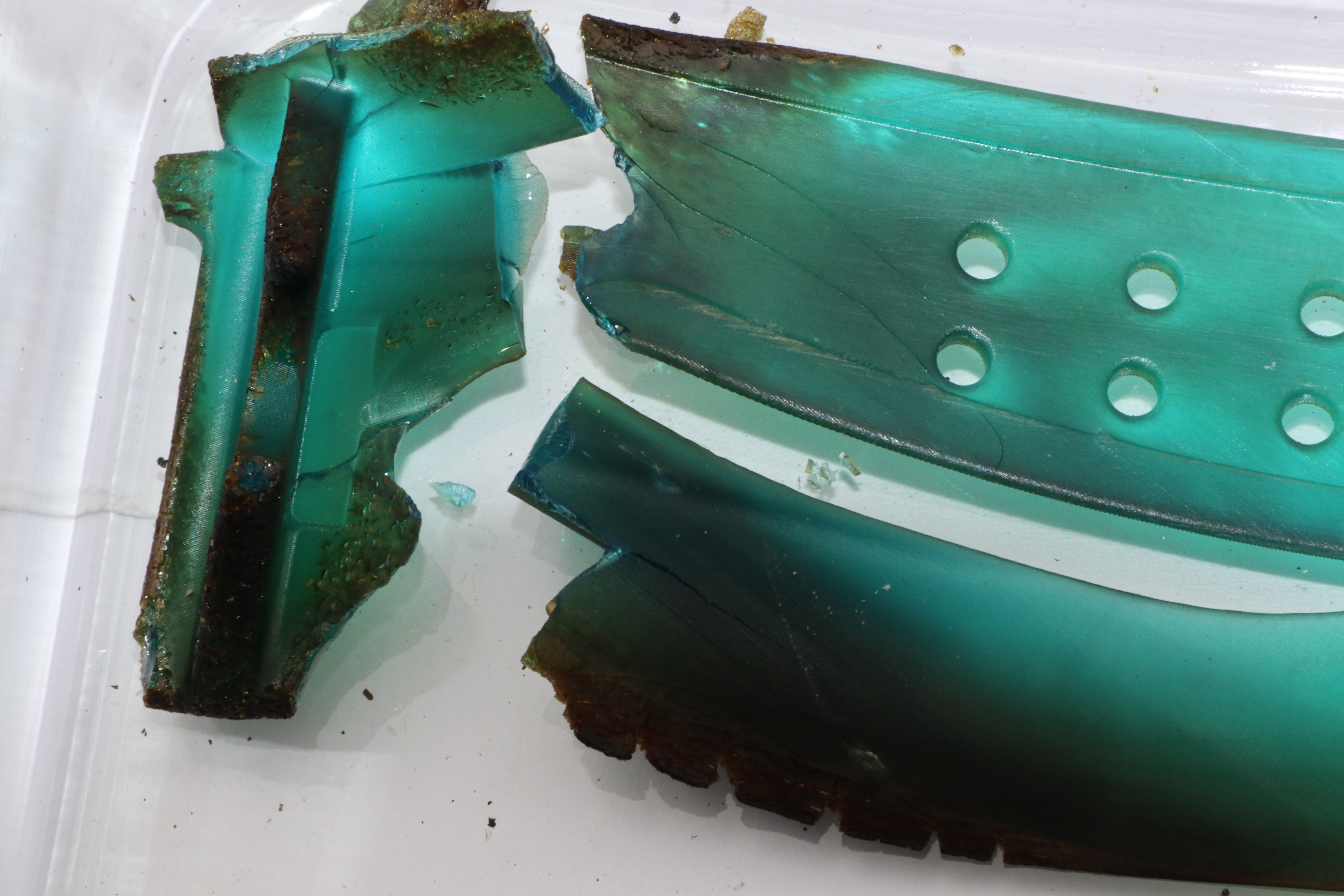 By 250°C, all of them were very brittle / crumbly. (Like acrylic, printed parts crack / crumble at high temperatures rather than melt).

Temperatures were measured on the surface of the parts. They probably baked for 20 minutes in total.

My methodology wasn’t rigorous but maybe the results will be informative to others.

sounds right- its not a thermoplastic resin.

But essentially every plastic can be deformed with the application of heat.

Its part of what the word plastic even means.