We don’t always make announcements for new PreForm releases but this one is especially feature filled and includes top suggestions from the forums including:

Grab 2.13.0 here and let us know what you think! Thanks to all of you who helped out with feature requests and look forward to more additions in upcoming PreForm releases.

EVERYTIME I upgrade this software it messes up the existing install which can’t be removed. I have to install each new one in a separate directory. Don’t have issues with other software this way.

I think a mirroring tool would be essential!

So whats the story on the new materials?

OMG! 3d mouse support - that is fantastic. I don’t suppose you guys could license your code to Autodesk so they can add it to NetFabb?

Just one thing left and Preform will be feature complete for me : Perspective View.
In the current Flat Projection mode it’s easy to lose track of distance and orientation while manipulating objects. Obviously flat projection has its uses which is why nearly all serious 3D tools have the ability to switch between Flat projection and Perspective view.

In any case. Thank you - we may not represent the majority of your customers, but we are passionate about our 3D mice, and we really appreciate being able to work end to end on a model with the proper tool.

I have one issue though. I just updated to the new Preform and now my files won’t save anymore. Everytime I try to save a file, I get the error: ’ There was a problem while copying data to the final destination’. I tried running in Administrator mode but no success.

The files actually ARE being stored, but with a weird number behind them (first this was '268112, then became 268684). So for example I would get this ‘cannot save’ error, then in the actual folder I would see the file ‘NAME.form.268112’. When I remove the number, the file actually seems to work and load in correctly, but not sure if it’s good.

Any help would be appreciated, thanks!
-Wouter

So, is there any reformulation to make the resins more cost effective for us?

That thread is discussing White V4 and Clear V4.

What about the new materials in the release notes? Durable v2, Grey v4, Tough v5

Updated the list to include the newly released materials. Durable v2, Grey v4, and Tough v5 each had a change in supplier for one of the components but have the same material properties as their previous version.

Woohoo! I don’t even own a 3D mouse (yet) and I’m excited about that addition, good on you guys.

Can anyone confirm if the part collision detection includes model to support intersections? This is really the only issue I have with overlapping.

Ideally preform could recognize this intersection and create an internal support on top of the offending model geometry. This might even allow stacking of parts for large production runs similar to the Fuse1. (Though this sounds risky as far as peel stability goes.)

Yes, if a model hits the supports of another model, it should look something like this: 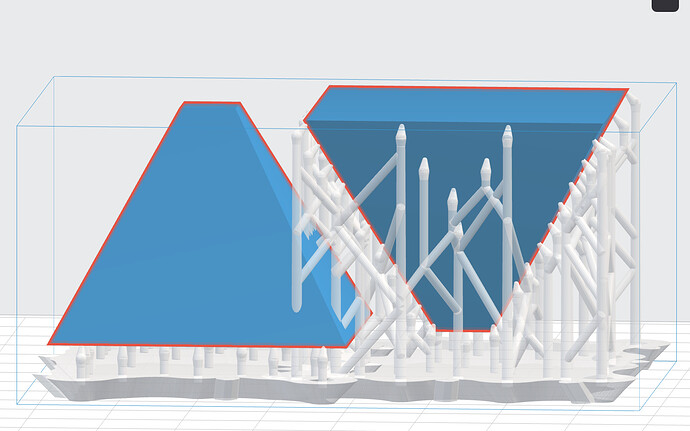 Does anybody have the same error, or know what the problem could be?

Preform does not open, with 2.13.1 I get the following crash message:

Can you open up a ticket with our support team? We haven’t seen too much of this error but opening a ticket is a big help in identifying how prevalent errors like these are and allows us to look into solutions.