When to change the tank?

Here some pics of my HT resin tank running in a F2 machine.
It has been used for less than 2 cartridges, but it seems very opaque.
Since I still have no experience on this, what do you think about?
It’s a faulty pdms layer?
It’s normal?
I must say that a clear resin tank in use, that is now at the 3rd cartridge, is much less damaged than this one. 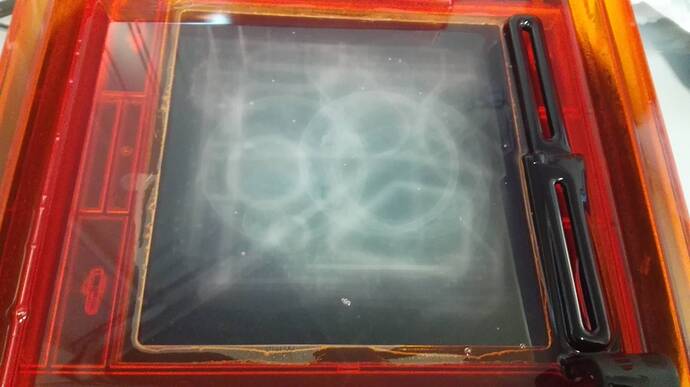 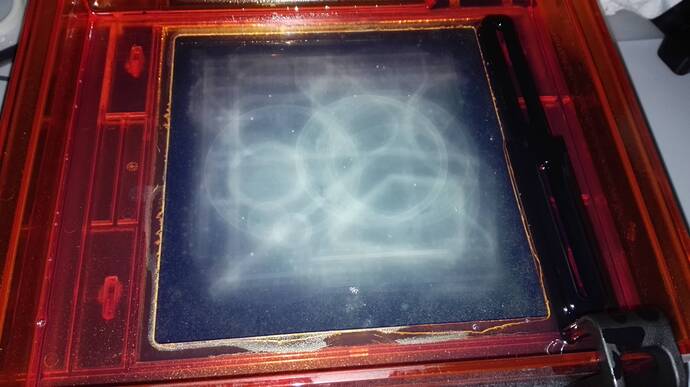 In my experience, clouding can be indicative of tank failure, but not always correlated. I have had super cloudy tanks (like the one that you have) that print just fine. And I have had not so cloudy prints after several liters of resin that require replacement. Generally, if you are getting good prints, no need to change the tank. For a tank that needs replacing, you should see print quality degradation before complete part failure.

As for high temp, I have only used it once before. But I believe it is one of the more aggressive resins: for the same print jobs, you would generally need to replace the tank more frequently than a standard resin like clear.

How is your print quality on this cloudy tank? Is it still OK?

I think that printing quality is going bad. I can appreciate the difference between the first and the latest prints.
Anyway I already planned to discard the tank at the end of the cartridge.

For a tank that needs replacing, you should see print quality degradation before complete part failure.

Would it be possible to see example of the degradation you are talking about ? I have looked at the support material on the site and there are images or damaged/clouded tanks but not of the effects on the part.

Part degradation in this case can take many forms. The two biggest effects that I see from clouding are higher peel forces and light scattering. The higher peel forces may rip parts off of support structures or result in a rougher surface finish. Light scattering can also result in rough surface finish (“ragging” or “rashing”) or “explosions” (when a part of one layer doesn’t stick to the previous layer because enough laser light cannot get through the clouded resin tank).

Having said all this, the general best practice is to replace clouded tanks to prevent any failures or degraded parts. But if you’re like me and can afford (in time and resin cost) observing one failed print before chucking the cartridge, printing on clouded tanks can squeeze out a longer tank life.

Here are some pictures (rashing, then ragging, then explosion): 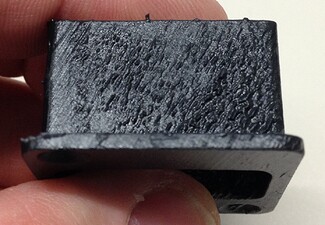 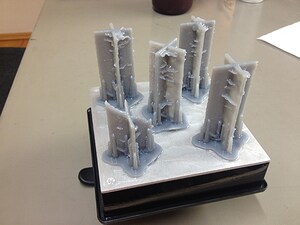 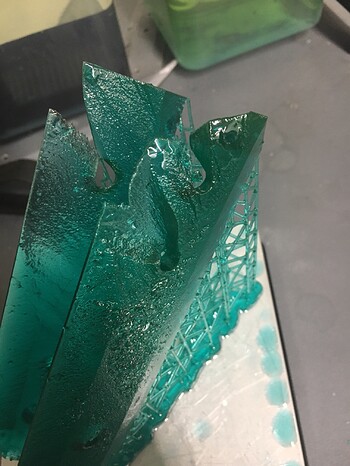 Thank you for this in-depth reply, helps a lot

I do plan on replacing the tank before parts start to tail but it’s good to know what to look for.

Nice reply, my prints have started to be similar (even if much less) to the pic one (plack part).
At this time, if I want to change the tank right now, what should be the procedure? Simply pour off the resin from old to new tank? How does the tank chip works?

Yes; you can pour the resin into your new tank. You may want to filter it first.

As long as the print job and cartridge match the resin you pour into the new tank, you should have no problems with the chip.