Hi all, after printing on the form 3 for 1 and 1/2 months I’m at an 81% success rate. I’m just curious where everyone else is at. Failed prints are becoming more and more frequent.

When i first got the machine i was amazed at how great everything came out.

Then the “expired” tank warnings started after about a week (i have 3 tanks, one each for the 3 types of resins I use). Now it’s consistent fails of all or at least some of the objects.

I’m waiting on a 12 hour print job as I write this, and I can see through the encasing, a few of the objects laying in the resin tank, as they have failed and fallen off their supports.

Hi,
I got only once a failed print, so maybe the success rate is above 99%. The success depends a lot on how you clean the build platform and how you orient the objects. Personally I clean thoroughly the platform with IPA and paper towels few times and try to minimize the peeling forces by orienting correctly the objects. Also the printer stays in a closed cabinet (no direct sunlight and no dust).

New user with a 1 month old Form 3 here. Did about 17 prints with 4 resins. Only 1 failed print but rather tall thin cylinder directly in build plate with almost no supports, so entirely my fault.
Rather steep learn curve if you are new to the technology.

Hey there Julythrrunov, I’m having similar issues to you. I started a thread about it.

I started a support ticket. The two things they’ve suggested are checking the optics:

and doing a close check of the resin tank.

So far I’ve only done the latter. The resin tank that often sits in my Form 3 had some partially-cured resin in it. Sort of a thin film. I’m guessing that might be a key part of the problem.

I’ll do the optics tests later this week.

I’ve also invested in getting the 190-micron filters they suggest, and a stand to hold them. Hopefully I’ll have some resin remaining!

I have a new F3 with 14 full build plate prints and a 100% success rate. Overall I have multiple printers and over 700 prints with an average of a 98% success rate. The F3 should be rebooted periodically because there is a memory leak in the current firmware.

I rarely clean the build platform. I pop off the parts, and feel the surface with my hand (in a glove) where the part was, and use a scraper to remove anything left behind. Usually there isn’t anything and I stick it right back in the printer.

I found long ago that wiping it down with paper towels and IPA often leaves lint and other residue that affects platform adherence. If I do wash the platform (with IPA), I also clean it with soap and water and wipe it down with a lint free cloth, then sweep it with my bare hand until I don’t feel any residue on the surface.

The bulk of learning how to get successful prints is learning how to orient and support parts correctly to minimize the peel forces. After a number of messy failures I have learned to review my prints one layer at a time in Preform before printing.

I rarely use the suggested orientation or support layout. Instead, I look at the slice and orientation for minimal support. If the slice has too much surface area, it will affect the peel forces. Orient the parts to make the layer slice as thin and small as possible. If you go vertical to do this, add more supports. The general rule is to orient parts so they build upon themselves.

Also don’t forget about Z-tuning. If the part is not adhering to a clean platform, drop the Z-height a little and try small test prints. If it is squashing the support bases (i.e., mini-rafts), raise the Z-height.

All in all, use a small test part that won’t make a mess if it fails and doesn’t use a lot of resin. If you suspect a printer problem, use the Formlabs test print first. If that comes out okay, the printer is fine. If not, open a support ticket.

Would you share a .form file of a minimally supported structure?
Thanks in advance, I’m eager to learn!

Im going to go cancel my current print as I can see it’s failed already. I think I’m going to try to sell my unit.

You got my formlabs, you fooled me, 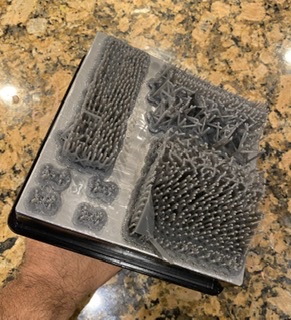 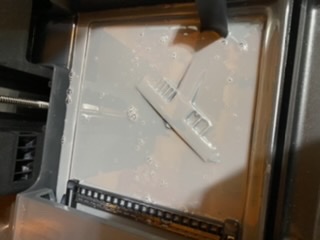 That’s pretty much exactly what I’ve been seeing with my printer recently – past few days. Also with the grey resin. I wonder if you are printing with resin that either has been sitting in the printer for a while, or has had several failures in a row?

If so, my guess is your resin is gummed-up with a lot of partially-cured sludge. You probably need to filter the resin following this:

Brand new Gray resin Just sent by formlabs in a brand new tank never used before straight out the box 3 days ago. Failed prints none stop. Waiting on my next failure as I write this.

This is just the latest issue. It’s non stop issues. I’m starting to think Formlabs sold me a refurbished machine, I’ve had every problem imaginable after the first 2 weeks.

-power failure (they sent me a new cord)
-all my trays read as “expired” even when brand new.

Not 30 days after delivery. No. 30
Days after they ship it. This tells you they don’t want their garbage back and are unwilling to stand behind their “product”.

Ah. My problems haven’t been that bad.

It sounds like you either (1) got a bad batch of resin (2) a bad printer or (3) you’ve been making some kind of mistake setting it up.

It’s hard to say what the issue is from here. I’ve mostly been happy with my printer. Haven’t used it as much as I should have, and I’ve made some boneheaded mistakes. But modulo my dumb mistakes and lack of time to work on my design projects, it’s worked pretty well.

Given my current debugging status with a similar (though less-severe) problem, my assumption is your lens either has dust or resin on it. I’d run through this test:

and see what happens. In my case, the lens had an enormous number of tiny dots, and the entire top surface of the LPU seemed to have some very thin stripes of resin on it. Likely one of my trays sprung a micro leak.

Brand new Gray resin Just sent by formlabs in a brand new tank never used before straight out the box 3 days ago.

You did shake the resin cartridge thoroughly before using it, right?

Hoolito,
Here is an example of what I mean by minimal support. On the left is the auto-generated support. The supports are placed on the delicate wing edge, in places that will be nigh impossible to remove, and along the edge of the base which will make it look ragged. On the right, are my supports. The supports are placed where they can be easily removed without damaging the model, and very easy to cleanup the remnants. On the base, they are placed so the bottom can be sanded with a sanding block very quickly. They are also adjusted so each one is not exactly the same size. They are smaller where less support is needed (i.e., towards the top of the wing) or where I am trying to support minima. 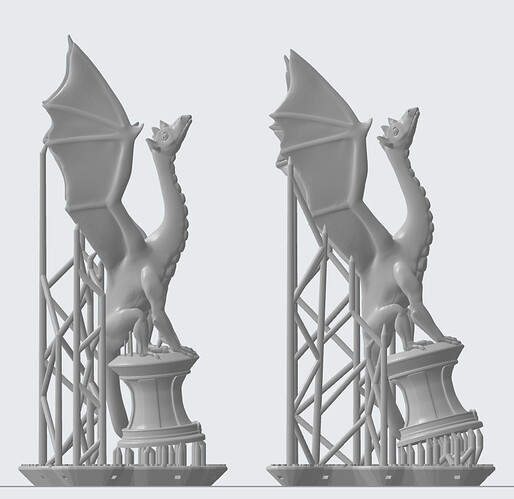 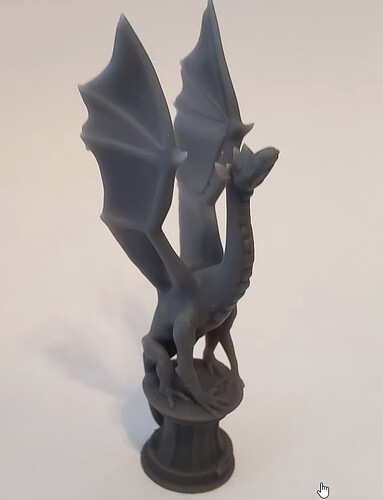 It looks like you had to much surface area and that’s why they parts are being ripped off the support. 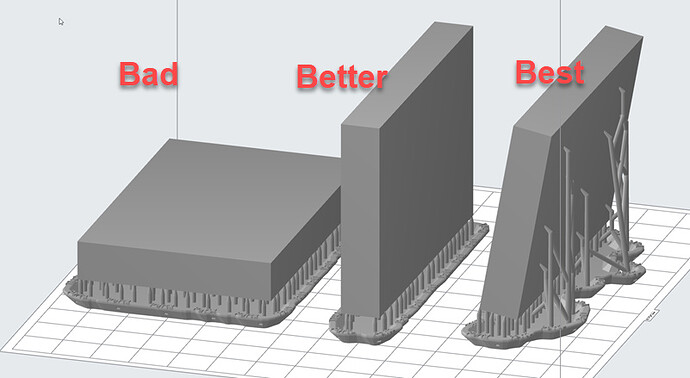 As @rybu put it, if you had a failure you should strain the resin with a good paper paint filter.

Try re-orienting and printing only one part at a time before putting them all on the platform. In my experience, if the platform has more than 50% total coverage, the print probably won’t be successful.

I am printing mostly with Tough1500 now.
What I’ve learn to do is giving me great results so far and is as follows:
First, generate automatic supports with these settings:

Then I edit all TP to 0.3mm
I might also add a couple more to increase stability (So, at the sides)

After post-curing, 4 or 5 twists snap all the supports off.
(Note: Mine are all engineering prototypes, so sanding needs to be avoided. Also the scoring a 0.3mm TP might add, is not important. Of course not al use cases are the same)

100% all this last year printing

I recommend checking your Light Module for resin or dust.

100% success rate on my Form2. Sometimes it dips a bit but it’s nearly entirely due to me being a gremlin who refuses to print with unmodified resin, but I’m able to correct nearly every batch with cure accelerator and a little extra plain resin.

Seriously Formlabs, you need to release a resin in between Durable and 80A with full pigment customization! The results are SO GOOD for toys!