Anyone thought of using a stovetop still to recycle used isopropyl? Would take quite a few cycles to make it economically sound but… 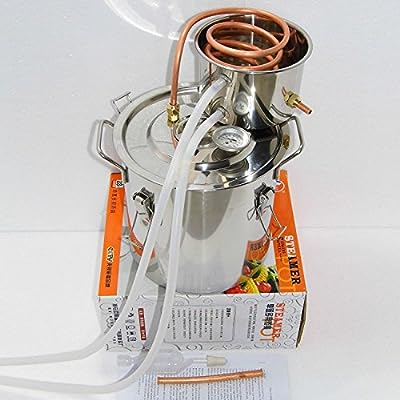 You can put your tub of IPA out in the sun for a few hours, then let it sit overnight, then carefully decant it through a fine-mesh screen or cheesecloth, throwing away the last few dregs that are at the very bottom.

As the resin in the IPA cures in the sun it tends to clump and you end up with mostly clear IPA with a layer of resin particles at the bottom of the tub.

I saw an old post to that effect. Just wondering if distilling would give better results.

Distilling would almost certainly yield better results but at the cost of a significantly more complicated and hazard-fraught process. Unless you happen to have a Still handy. I don’t. Making one is certainly within my capabilities but at some point it’s easier to just buy new IPA. Making a Still and then distilling my IPA is way beyond that point I’m afraid. YMMV as always!

What about this small electric still that is intended for ethanol. http://www.ebay.com/itm/4L-1Gal-DIY-Alcohol-Distiller-Moonshine-Ethanol-Copper-Still-Stainless-Boiler-/162430637107?epid=927788126&hash=item25d19ed433:g:qUgAAOSwdGFYx7NR

Maybe so but think about cleaning out that disgusting sludge out of your $150 still vs. throwing away a disposable jar full of it.

Just leave the cleaning tank in the sun for a few hours. The resin in suspension will cure and settle out. Then decant the clean IPA from the tank, dispose of the sludge, pour the IPA back. Top off with some new IPA.

If you do this and it turns into a giant squishy blob, you should have cleaned your IPA a long time ago… put the giant squshy blob in the sun until it becomes a giant not-squishy block and dispose of using your preferred blob-disposal method.

Distilling a low vapor pressure, flammable liquid with high heat in an enclosed space just to be a bit more environmental about it doesn’t seem to me to be the most effective use of your time.

There was a suggestion that a hygrometer could be used to test whether the IPA had become saturated with resin, does anyone know this works?

I don’t know, but personally I don’t want to be around when you put IPA in proximity with a stovetop or other source of heat and pressure. I hear it’s no fun to be a burn victim.

I find that I can gauge it by looking at the viscosity of the IPA. When it’s clearly not as “splashy” as fresh IPA I purge (in the sun), which usually yields a mm or two of resin “dust” accumulated at the bottom of the tank. 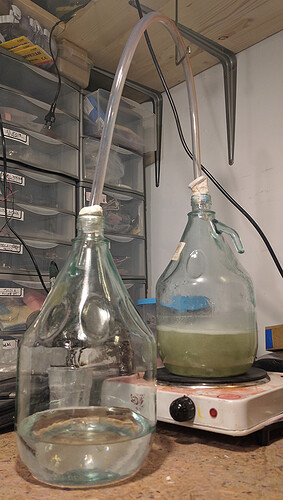 What you see here are two glass jugs, clear tubing, and wadded-up paper towel to seal it all together. Powered by an electric hotplate on setting 2 out of 5. IPA boils at 190 C, so you could even double-boil it in water if you’re really paranoid. Up to 1 liter of pure fresh IPA per hour is recovered, none is lost to the air, and the remaining sludge is already in a cheap container for disposal if you don’t want to play with it further. I had everything laying around already so no cost!

NOTE: I was forced to try this because TOUGH RESIN DOES NOT come out of solution no matter how long you let it sit in UV. Black, clear, grey, etc. will do so to a useful extent but even then, whenever you find recycled IPA drying sticky on your fingers, then distilling is an attractive option.

I used to use coffee filter to filter the IPA, after a few attempts, i think it is best to replace all IPA with new bottle. The coffee filter cannot remove the resin in the IPA. To get rid of old IPA with resin, i followed Randy method to put outside for a couple of day to let most of it evaporate and throw away the rest in trash. Volguus method is impressive, but i have no space to do it in my apartment. IPA is cheap compare to resin and tanks.

I just tried the “leave the IPA in the sun” method and it worked well for me.

My IPA was completely saturated with resin, i.e. it was not cleaning parts at all. I recall someone giving a warning that you risk creating a solid cured bottle of resin+IPA solution, but that did not happen. Perhaps it’s because it’s relatively cold here, with outdoor temperatures in the 2c–10c range, most days.

I used a plugged erlenmeyer flask. The cured resin is a rather soft cloud of material.

I tried using a still from ebay for cleaning the IPA, started with 7 qt 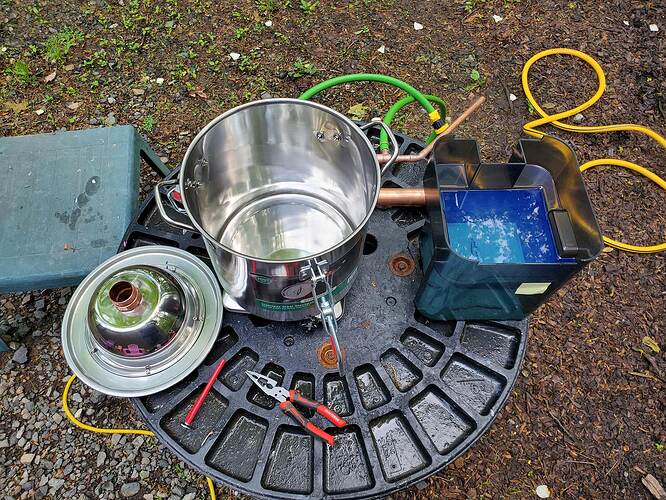 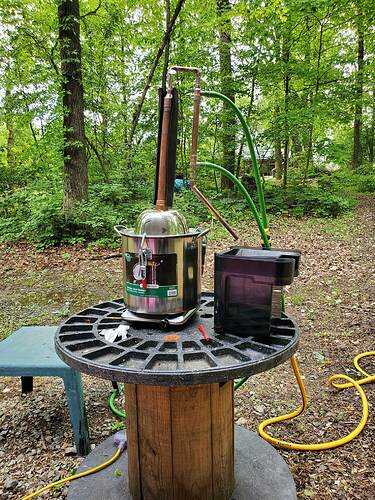 ended with 6 qt nice and clean 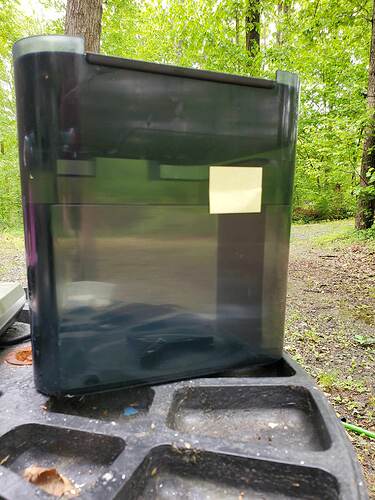 small electric hot plate was way to under powered. process was easy. lots of gunk left in the still.

When you say the heat plate was underpowered, do you mean you had to use something else, or that it was just slow?

it was very slow, many hours like 5 or so hours. If I had used my coleman stove it would probably have been about an hour. the heat plate would keep shutting off and when it did the flow stopped for a few minutes.