I’ve been reading other posts about recycling IPA. People are filtering, distilling, using centrifugal separators. One thing people talked about ( and claimed success with) was hitting the IPA with UV. This is said to cure the resin in suspension and let it settle to the bottom, leaving nice clean alcohol.
I figured, I have UV lights I cure with. Easy experiment. Here is what happened… 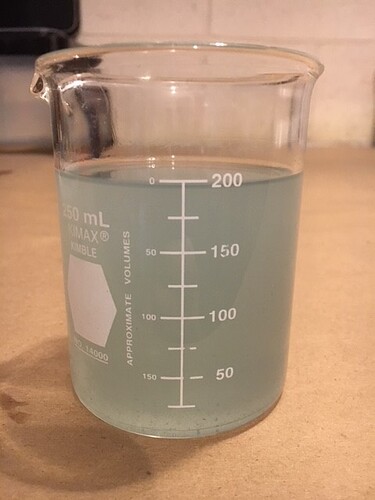 Going in the cure box 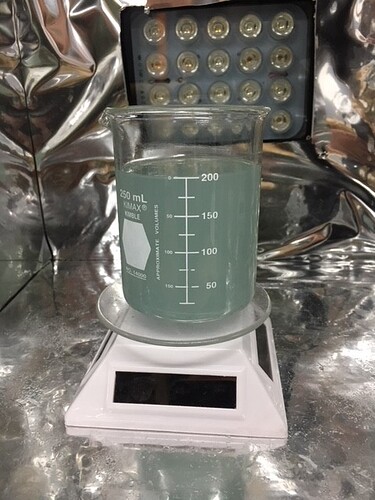 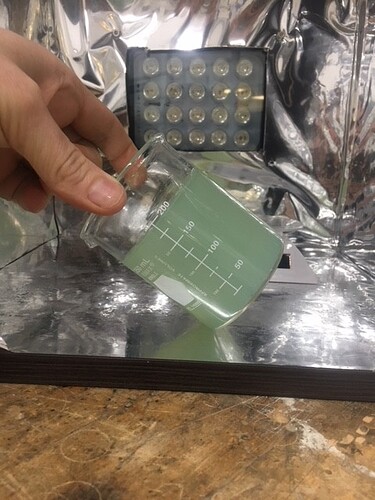 Not what I expected!
If this worked for you, what was different?
Mine is a mix of several resins. Are you using only one?

I think people are using standard resins with that trick. In my experience IPA with Tough and Durable is pretty much sludge and you will get that unholy glob.

You might try and filter it before the cure. I have a re-usable coffee filter on order that I’m going to try…

I tried this same method before and it gave me the same result. A better way might be to filter your IPA before as @themedulla mentioned.

I have seen some people having great success using distilling.

That gel is caused by resin that has been dissolved in the IPA, so filtering is not going to help very much. If the gel is broken down with something like a food mixer the IPA can be washed out with water leaving more or less solid resin particles. The IPA would still have to be separated from the water.

What sort of temperature would be needed for distilling to work? could it be achieved using a domestic hot water supply as a water bath?

They do make little home distillers for alcohol. I wouldn’t just use a hot plate or some other temporary set-up.

I just burn the contaminated IPA in a pan on my driveway. It’s more fun than just dumping it on the weeds and letting the IPA evaporate.

Good plan, spending all that time and money just to recover less than 20 quids worth of IPA seems like a false economy.

On 8 Dec. I emptied our Form Wash and refilled with fresh IPA and put the used IPA into the empty gallon jugs. I placed those next to a window that gets afternoon sun…Then I went on vacation until the new year. When I got back to work the liquid in one of the jugs was completely solidified, the second had several ounces of liquid IPA at the top but the remainder had jellied.

Looked into alcohol distillers but my boss does not even want to go there what with our safety department and such. I spoke with our safety manager and we are getting set-up to store it as a waste product which he needs to investigate the “actual waste characteristic”, his words.

He needed the SDS on the IPA we use and all resins that might be in the used IPA. Maybe FormLabs could come up with a “Form Still” that is specifically designed to recover the IPA while doing it safely. I would be interested in buying one !

I work in a medical device development company and we document and control everything. It cost more to get rid of the “contaminated IPA” than to buy it. We have several printers running night and day and change our IPA often. Trust me, it adds up very fast.

You can change to a water based system and not use IPA. You will need Yellow Magic sold at Z-Vat industries or Amazon and a heated ultrasonic cleaner. Not sure how that will work in your current production cycle.

@KenCitron what’s your process look like? Would be interesting to hear what you think is optimal with cleaning, etc

Btw, I have access to a Form Wash & Cure