is there a trick how to efficiently remove the parts/rafts from the Form 3 build platform? Basically, my prints are stuck on the platform like cement. I usually use the “full raft” option, and as far as I understood, one should be able to lever off the part simply by using the included tools. Especially when the rafts are a little bigger, this won’t work for me though. If I try to lever the raft, it usually just breaks on the outside. It takes a considerable amount of levering and scraping to somehow get the raft off eventually. As a result, my build platform is covered in scratches already.

Is there a special trick to get the parts off easier? When do you remove the parts? I usually let the parts sit on the platform after washing for half an hour. Or is it better to remove them directly after they come out of the wash? 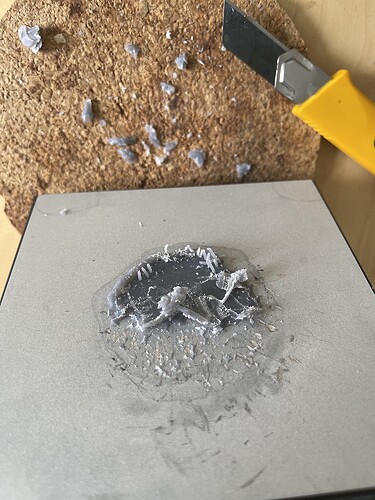 I use an “Insulation Knife”, which is a thin, stiff steel blade. It’s dangerous as hell (which is why FL didn’t include a tool like it). I say this every time. But it is also more effective than any other tool you might try (I tried a lot back in the days of my Form1+ before settling on the knife). More often than not, the Formlabs tool just fractures the lip on my bases when I try to pry them off. The insulation knife, however, always gets them off. The edge of the blade it thin and sharp enough it can get under the print, right at the interface with the base, and once it’s there, some gentle twisting either pops the part off, or pulls more away so you can get the knife deeper under the part where the process is repeated until the part does pop off.

I use a flexible build plate. The things attach to the print bed magnetically, then when the print is done, you take the plate off and flex it. The print pops right off. 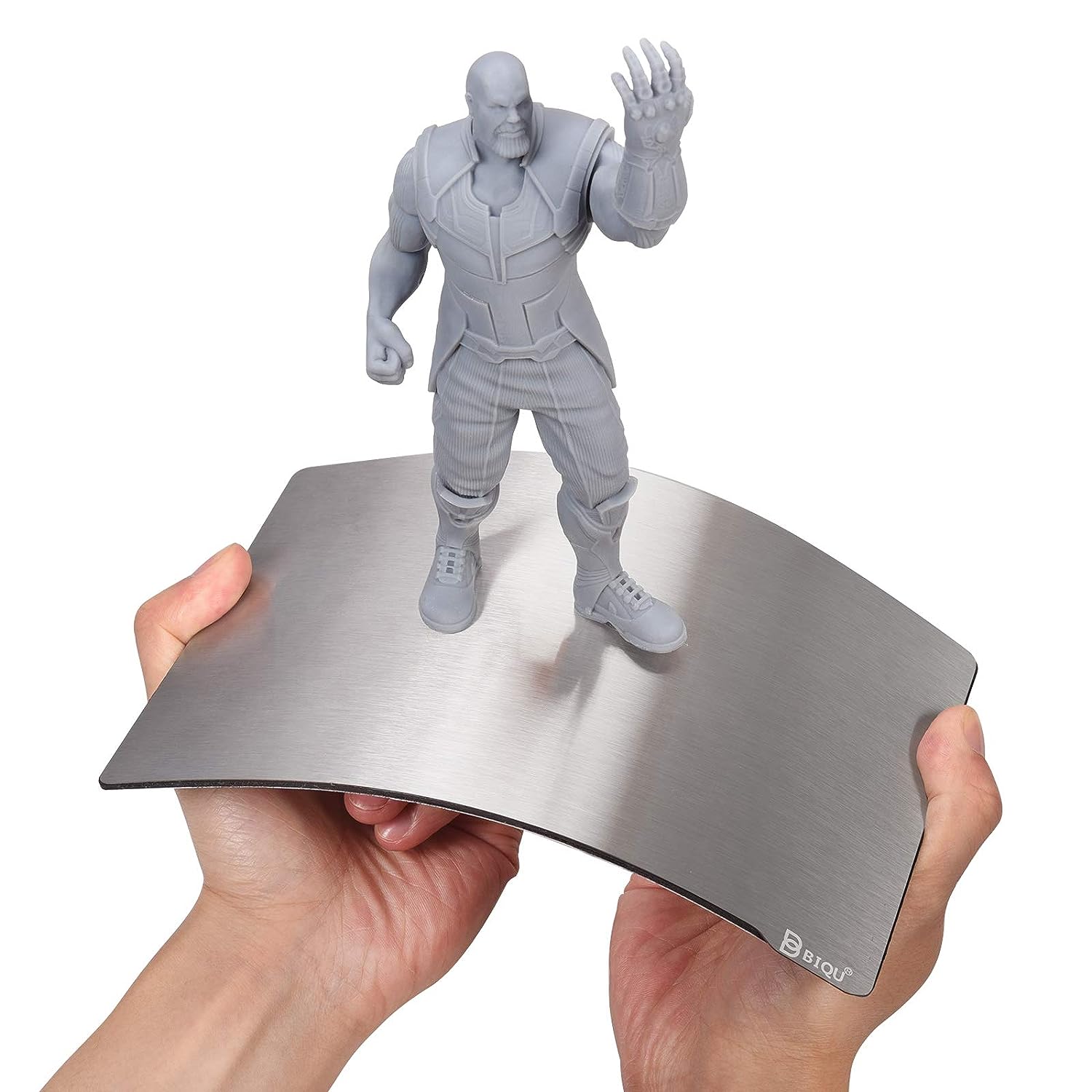 I use this on my Anycubic printers, but they should be available in square size for the Form printers as well

Don’t know about yours but my Formlabs build plates are aluminum (non-magnetic). Clever idea though.

The standard build plate for the Anycubic is aluminum as well. These flex plates come with a self adhesive magnetic layer/pad (similar to the type you find on refrigerator magnets, but a lot stronger), which you stick to the build plate. You can see the magnetic pad in the image below.

The steel flex plate sticks to that. After the print is done, you pop the steel plate off the magnetic pad using the little tabs you see in the photo, and flex it. I use these on both my small Mono and the larger Mono X, which has a 192x120mm surface, and they work great. The only thing you need to do, is account for the additional thickness of the magnetic pad (~1/8" worth). You can do that by adjusting the print bed height with the fine tuning function.

adjusting the print bed height with the fine tuning function

The Form 2 could do that, but as far as I know the Form 3 doesn’t have a height adjustment.

Still, thanks for explaining.

You can also try popping your build platform in a freezer for a little while!

The temperature can make the print shrink a which will make it easier to remove!

The other thing to keep in mind is that the build platform is designed to be scratched up without losing any performance, so don’t be afraid to really go to town on that thing with a scraper to get your parts off.

Yes it does. It no longer has the ability to adjust for “X” & “Y” deviation, but “Z” (height), it still can, unless it was just removed recently.

Can someone check that please?

You have a faulty build platform. Send an email to support and ask for a new one. In the meantime you can try so sand it with a dedicated machine.
But a new correct build platform should do the job.

You can also try popping your build platform in a freezer for a little while!

Not one you use for food, though.

I don’t know about you, but I don’t have a a freezer dedicated to 3D printing. Both my freezers have food in them already

It no longer has the ability to adjust for “X” & “Y” deviation, but “Z” (height), it still can, unless it was just removed recently.

Where is that? I’ve never seen a Z setting on my Form 3.

I Don’t know. It used to be in Preform. On the Form 2 you could change it in Preform Fine Tuning, or in the printer from the control panel.

Whether or not it can be done on the Form 3, I don’t know. Perhaps someone here my chime in.

Or pop it in a ziploc bag

This might just be because they’re brand new and haven’t been scuffed up through use, but I trust what you’re seeing, that’s a lot of tanks you’re moving through!

I use a razor blade scraper when I have issues with raft removal. Occasionally I’ll hit the surface with a deburring stone if there’s any scratches on it. Seems to work just fine.

I had many time the same problem with my Form 3L. See the pictures.
This is really annoying. Hard like glass. No explanation or solutions. Must be laser time exposure problem? 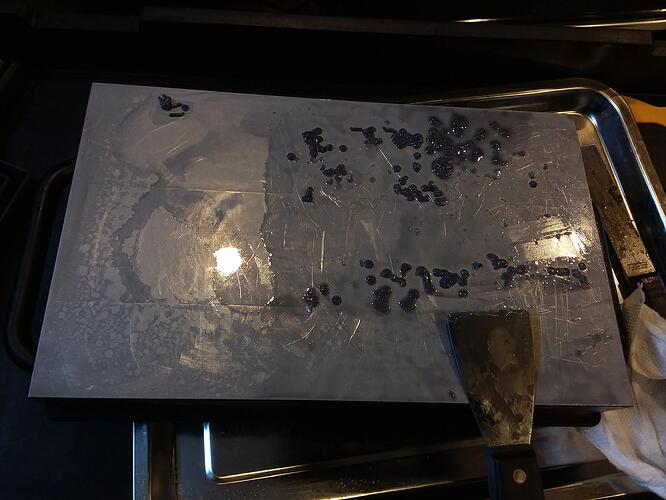 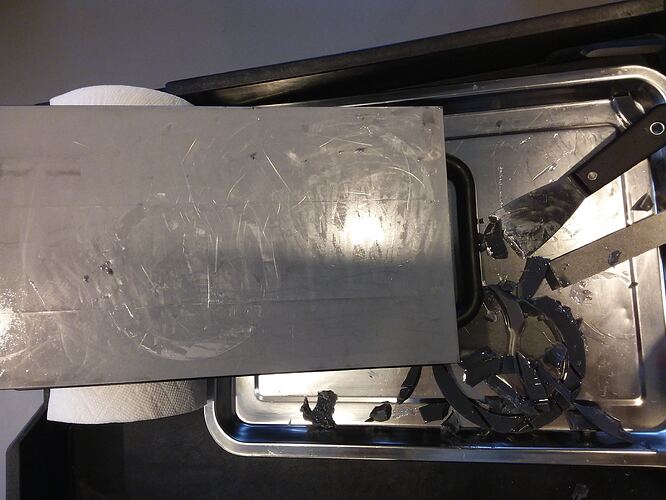 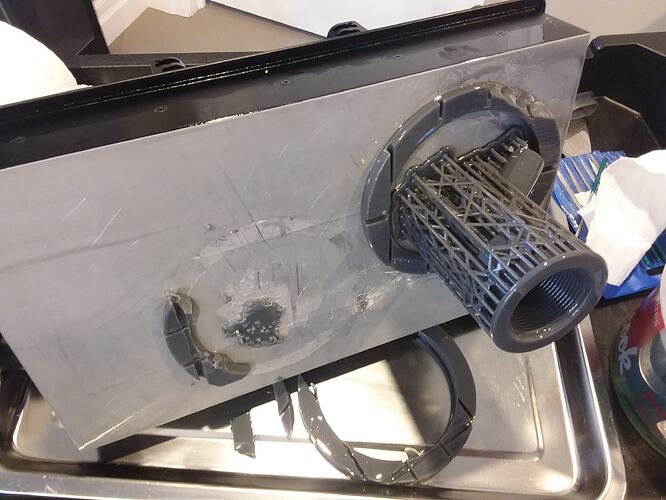 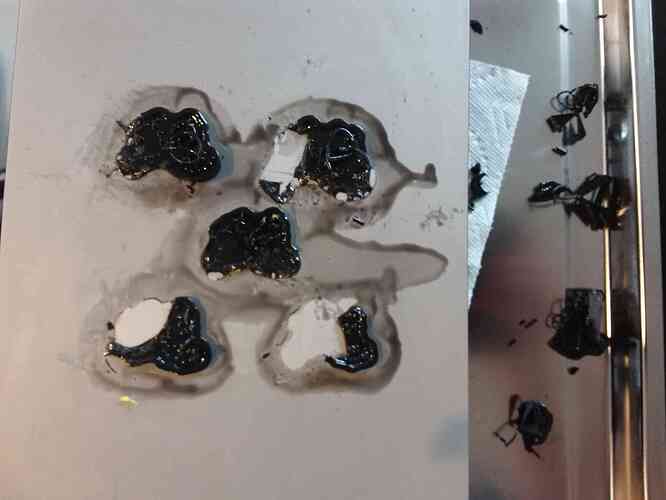 I don’t ever have issues removing parts from the build plate. No silly freezing/heating, or dangerous knives.

See the video below for what I do.

Also - on the Form 3L, with the new thin, long spring steel spatula, part removal is way easier. I actually bought a couple extra of those from the manufacturer in Japan and now I use those with my Form 3 build plates instead of the other one shown in the video. Easy every time.

The trick is to use side cutters to snip an edge up which allows you to get the spatula under and then you’re set. Small parts will pop off just from the side cutters.

I had tried the freezer technique on one occasion but the build platform’s plastic caps were somehow damaged or warped in the process and never sealed well afterwards. Resin during printing and alcohol during Formwash cycles were able to seep into the platform’s hollow interior. I ended up having to replace the build platform.