Brand new form2 owner. My very first print went very badly, resulting in a LOT of resin getting inside the printer (like, oozing out of the body panels onto my table). Employees can see the details in Request #60891 .

When I (at support’s request!) took the body casing off of the printer, I was surprised to see the internal components so easily exposed to resin.

I think that a simple plastic shield over the circuit boards would do a lot to protect the system from damage due to normal operation gone wrong. i’m picturing a simple sloped piece of plastic that meets up with the drip tray around the perimeter of the tank, so that if resin should spill in, it could be angled away from the components.

It could be cooler still with some sort of resin recovery tray that could be pulled out to either filter the resin and pour it back in, or at least get it out without minor surgery to the printer.

I will say that despite getting a resin bath it all still works just fine, so kudos for that!

I was wondering the same thing - did you determine the source of failure? I’m awaiting my new Form2 printer and I’m interested in avoiding the same issue. Thanks for posting!

It wasn’t hard to get resin in there at all:

That wipe/splash/repeat thing happened a few hundred times. I watched the print for the first hour and when it seemed good, I walked away. The problem happened some time after that.

I was under the impression the form 2 was sealed- I’ve not received mine yet. Did this hit the optics as well?

So model adhesion to the build platform is an absolute must - important safety tip!

They may not have built this into the control electronics for the wiper motor, but it is possible for the motor to detect an unusual change in load, due to a foreign object in its path.

the optics are in a sealed box. there are circuit boards inside the body that are just open in there, and there is no seal/gasket/anything to keep resin out. thankfully the resin doesn’t seem to damage said boards, it’s just gross.

I’m picturing making a drool bib with a window cut for the laser path, to catch spills like this. Alternatively, a spill detector tied to a kill-switch could also be constructed.

Of course this wouldn’t have happened if your model hadn’t dropped off the build plate in the first place. In retrospect, was there any way to anticipate that could happen? having to babysit every print job would be a real pain.

Yes, the optics in the Form 2 are sealed and there is a trough to catch spilled resin. Spilled resin is generally not harmful to the boards in the printer, but can be messy if something bad happens (like in stormtrooperguy’s instance).

It’s important to make sure you have enough support on your part to ensure it does not get pulled off the platform. Preform also runs a check to warn you when your piece is under supported. If you experience resin spillage…definitely contact our support team so we can assist you.

Does annyone have some tips on how to remove the ugly points where the support where attached?

So far I’ve been having great luck printing directly to the bed with no supports at all.

The model that broke did have supports and didn’t have any warnings from preform, but still broke. Accidents happen.

Subsequent prints have been direct to bed and they’ve been great. In my case everything I’ve printed so far has been flat backed so the parts lend themselves well to that. It is a pain to get them off the bed, but gentle persistent pressure does the trick. Haven’t damaged a part or the bed so far!

For those playing the home game, I’ve cleaned up my mess and so far have had 6 prints with no issues.

@Stormtrooperguy: “no supports at all” - you have my attention!

There’s no switch in Preform to print direct to bed - do you simply place the model on the bed and skip the support generation step?

Is there any sort of rule-of-thumb for how much contact area is required for the base, like bed_contact_area >= largest_peel_cross_section? This approach seems most compatible with models that could be printed on a FDM printer with no supports.

That’s what I’ve been doing. Set the base plane appropriately and preform will drop it on the bed. Print and it will warn about no supports.

The smallest thing I’ve done so far was a 38mm circular base. 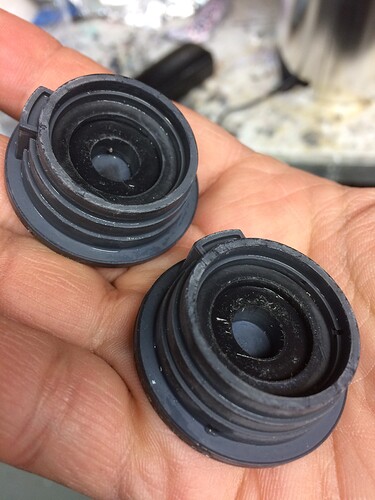 And another big flat piece: 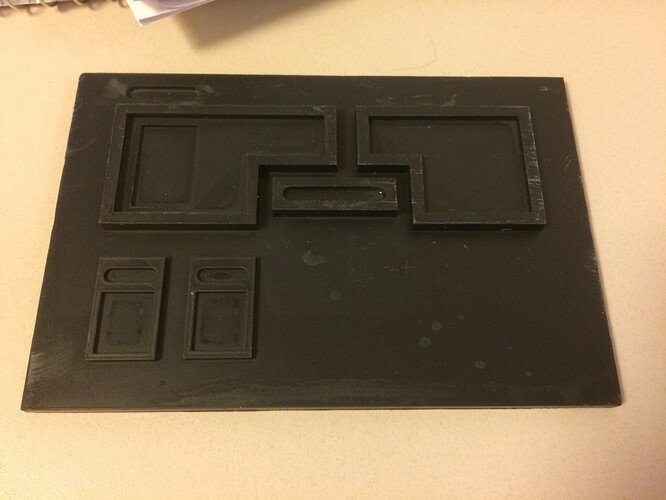 I’ve had issues with the z dimension accuracy on prints that were flat on the baseplate, although on my Form1+. How does it look like on the Form2?

No issues to date, though I’m only half a dozen prints in to using it.

I just tried printing a small object direct-to-bed on my Form 1+. It worked great - I’m a believer! As @Philipp_Ludewig points out, the first 250um of the model was compressed into the build platform, but I oriented the part so that wouldn’t matter.

I don’t know, but suspect the printer behaves differently for the first several layers, perhaps higher laser power and reduced Z-axis steps in order to “mash” the presumed support base into the build platform. If there are no supports (and Preform seems to know this) is the first layer printed the same way as the 100th layer?

Wow, that cross section (“big flat piece”) looks huge, guessing by the spiral binding next to it! What are the measurements? And how did you get it off of the print bed in one piece with no bending?

Having done years of FDM printing, the idea of designing for printability without supports is pretty natural to me. And at the costs of SLA resin, no supports seems like a huge win!

It’s roughly 4" X 3". The base is about 3mm thick. Prior iterations were thinner and did warp… Not in removal from the bed but in post cure.

It took a big of effort, but I was able to pop it off with a simple putty knife (the one they provide). Once I got it under the part, it released pretty easily.