Has anyone noticed more recent versions of Preform don’t give you as diverse auto-orientation options as it used to?

I’ve found it tends to want to lay parts flat or nearly horizontal against the build platform. Almost like it’s trying to minimize height and optimize for speed. It does that regardless of whether the Form 3 or Form 2 is selected.

On models I did recently it completely missed out on some great opportunities for better orientations. I used to smash away at the auto-orient button until it found one I liked but lately it’s only offering a limited set of fairly poor choices and I’m having to resort to doing it by hand.

Yes, it appears to have been like this for the past month.

Honestly, this wasn’t on my radar, but let me ask the software team for you and I’ll let you know what I learn.

So it sounds like those auto-orient changes are actually close to a year old, which is likely why I wasn’t super aware of recent changes! That being said, there were a couple reasons for the reduction in choice:

None of this is brand new to you probably, but the changes may have slipped under your radar when they happened previously? If none of this is lining up with our experiences and there’s a specific feature it feels like you’re missing out on, definitely let me know and I’d be happy to pass it along for you.

Thanks @DKirch, grateful for you looking into it. A year is plausible; I hadn’t been using the auto-orient button for a while and I also might have been on an older Preform for some of that time.

Here’s an example where I think it missed out: 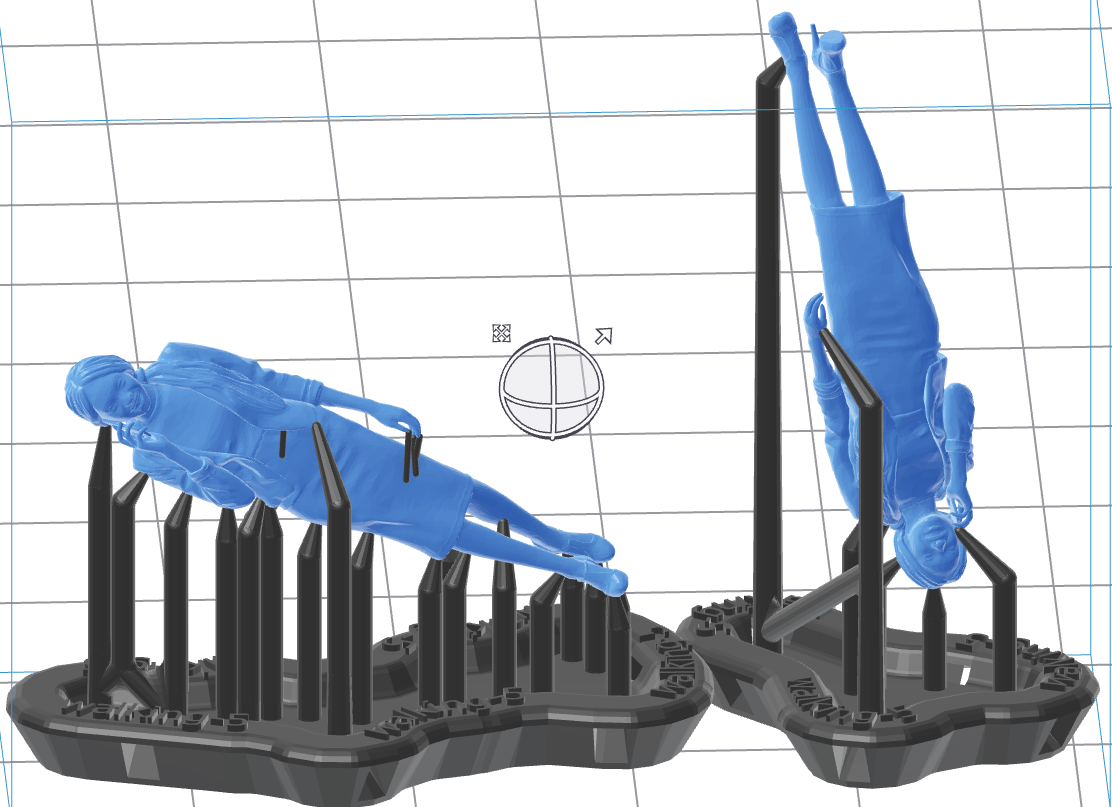 The one on the left was suggested by auto-orient. It didn’t want to suggest any upside-down orientations even though anecdotally we’ve found that tends to be a good option for these kind of models (which admittedly have some stupidly thin features and are rather tricky). 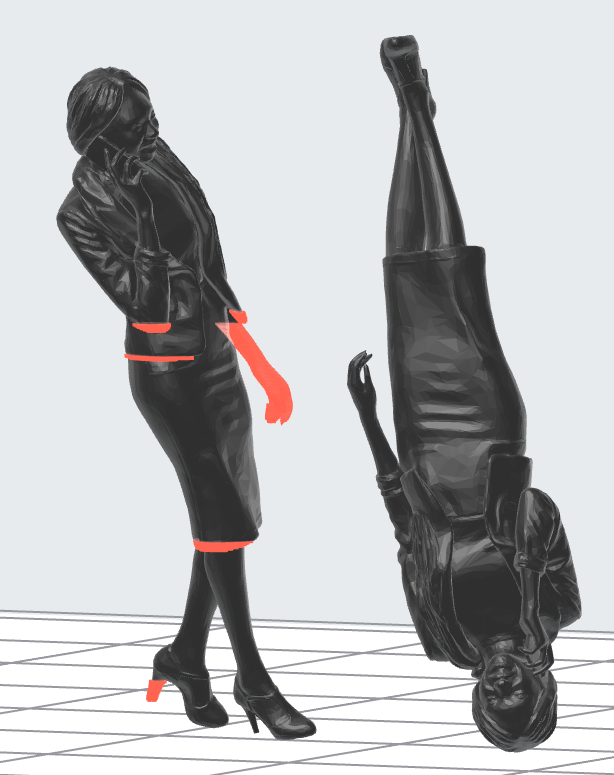 It kept just suggesting the one on the left over and over, which has lots of minima (again compared to that manual one on the right which requires fewer touchpoints).

Or this one, where it first suggested an orientation having a massive overhang: 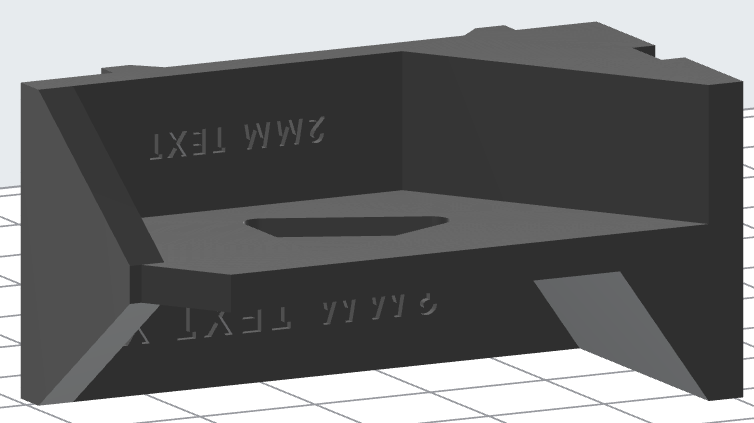 After about four tries it got closer to the “design” intent: 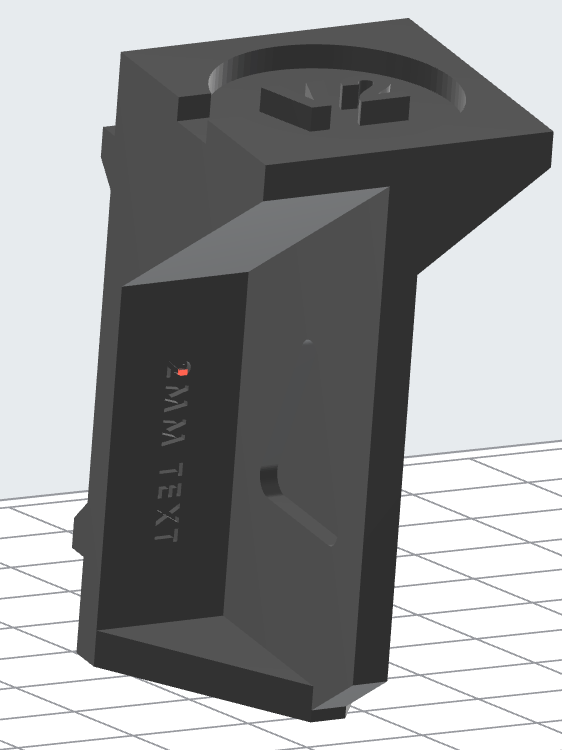 But then it got stuck there and kept suggesting orientations that were only a degree or two different. Not sure how to “reset” the search short of re-importing the STL.

It would also be awesome if there were a “tweak orientation” button that constrained the search space to solutions near the existing one. The idea would be you get it in approximately the orientation you want by hand, then rely on the software to perfect it. Just food for thought.

I swore I had some better examples (like where it was leaving unsupported islands when there were rotation tweaks that could eliminate them) but I haven’t been able to recreate them at the moment.

Maybe if I get some time I’ll fire up a Preform from more than a year ago and compare results. If so, I’ll let you know if I turn up anything interesting.

I can’t recall when, but I noticed that auto orient started suggesting orientations for my Form2 that would have previously been considered bad orientations. I’ve just put up with it for too long and now I’m annoyed with it. I believe this is a result of prioritizing the reduction of layers too much.

For example, These parts previously would have never been suggested to be built this way due to having flat faces parallel to the build plane. I much prefer longer build time to adhere to the more classic orientations that avoided having any surface parallel to the build plane. This is honestly kind of annoying me as I feel the Form 3 settings are getting pushed on to Form 2 users when I never once would have complained about the suggestions and auto support placement previously. 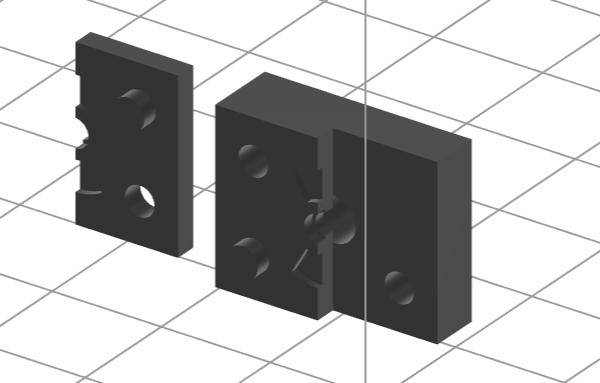 How is this a good option for the Form 2? Form 3, maybe I can see it being fine. 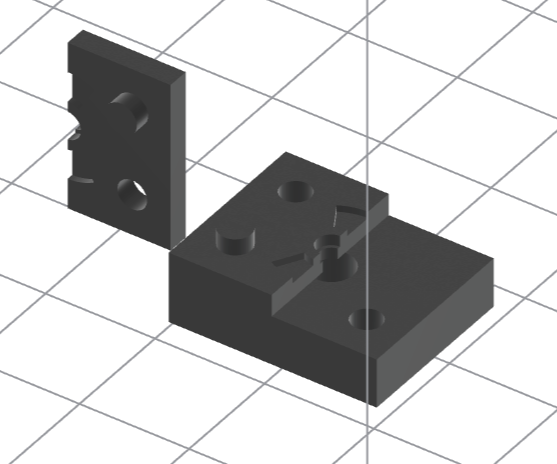 After a few iterations, I like this option for this part: 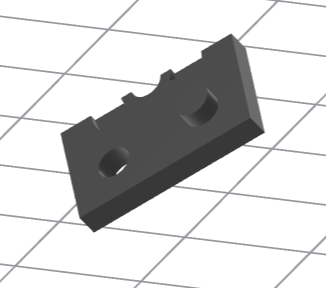 But now we’re stuck with this for the other and not getting more: 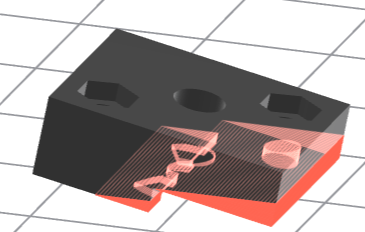 How I want to actually print these parts: 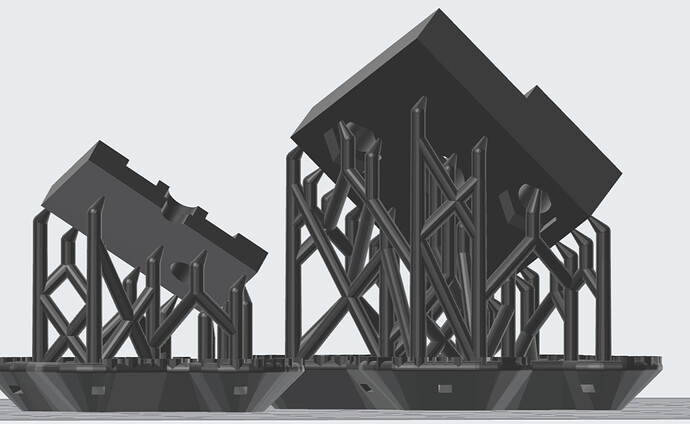 Lastly, it also seems that auto support is generating more sparse support for my Form 2. I feel it used to do a good job of placing most and I might add a few to a couple of troublesome areas or adjust positions slightly. Now I feel like I have to add a bunch more to feel that my part will be successful and minimize any shifting effects that might be seen in the softer and more viscous resins. This is exacerbated much more on larger parts I feel.

I am not sure when it was added, but I have noticed that the first support point touching a part at a corner is larger than the set size. I do like this feature as it helps to ensure the part starts properly and has a secure attachment until more supports come into contact.

The cynic in me thought it smelled like a hastily implemented hack to mitigate Form 3 shortcomings (i.e. slow print times) - although that’s purely idle speculation. But even on the Form 3, I expect you’d generally want at least some angling. That’s why the limited selection of orientations seems so odd to me. As far as I can tell everywhere else Formlabs tends to optimize for quality over speed.

I do the same as you by generating supports with small touchpoints, then manually enlarging a few near the start of my model and other key spots for rigidity. --> Wait, you mean Preform enlarged a touchpoint on its own? I’ve never seen that before.

Maybe it’s just tricking my eyes, but I swear that the auto-generated supports can adapt to have a slightly larger touchpoint at minimums when you have set the touch size to smaller than the default. I don’t have a means to actually verify this other than editing supports and noticing that some of the auto-placed points are larger than the mouse icon for the supports I am manually adding.

Ah, interesting! I’ll have to check it out and see if I observe the same behavior. Just to confirm you adjusted the touchpoint size before generating the supports, right?

That is correct. Let me know what you find!

If you want to share a file where you’re seeing the issue I can check it out on my end.

Yea, now that I am trying to do it I can’t or I may have just imagined it but never really tested any examples. If it does happen, it honestly doesn’t bother me much as the only times I think I may have seen it is at a sharp pyramid type of corner which is critical to everything above it succeeding so it seems like a good option if it doesn’t already happen.

If I ever actually do come across it, I’ll try to remember to post a picture.

I managed to get it to happen when preparing for a 3L but not in quite the same way I described or saw previously. 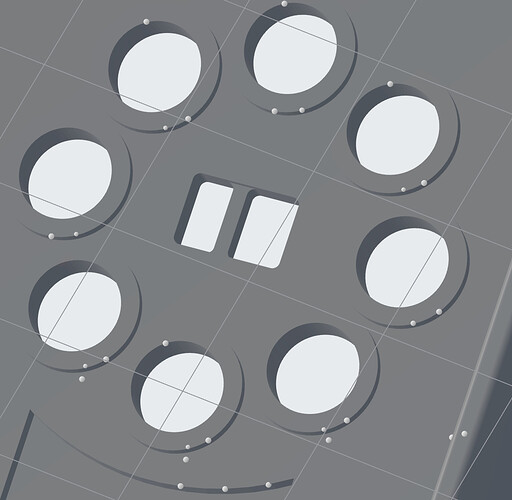 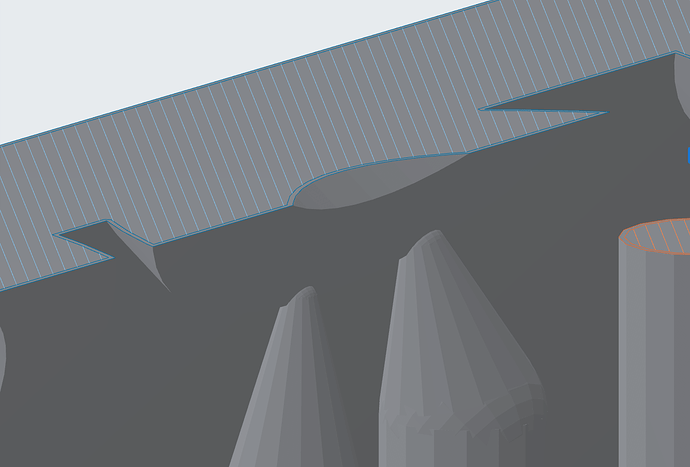