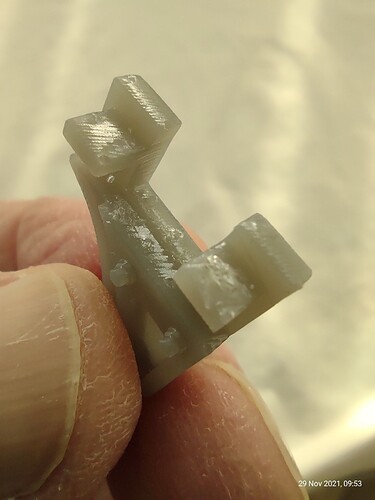 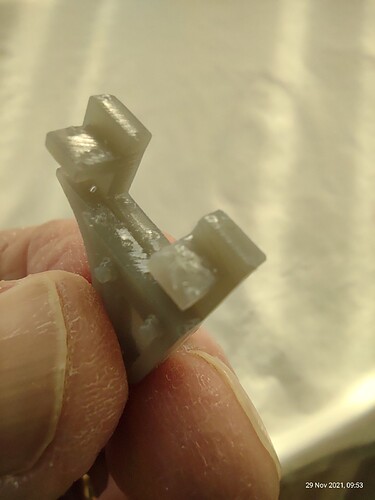 Printing using Tough 1500, tried different orientation of parts. Used 0.4 points of contact. Started in a pre-warmed room. Still getting very bad surfaces on the surface where supports
Any suggestions please?
All the best Chris

I had same problem.
(Also the parts distort if you use the Form Cure recommend settings. They twist out of shape after a few days. It doesn’t take detail well.)

I gave up on it after trying different tanks and fresh resin, different settings etc. and switched to 4K.

Not answering your issues directly I’m afraid, but can you use the 4K (glass reinforced) resin instead? It really is far, far easier to print, clean, finish, and is stable over time. Also doesn’t give off nasty odours like the tough resins.

F1 Andy, really appreciate your reply, I am VERY Disappointed in this Tough 1500 resin for detail and general build quality. A step to far for the Formlabs 3 me thinks

Such a shame as I would have liked a tough resign to work.
I have the ‘free sample’ pump housing from Formlabs and it looks and performs well
My parts don’t look like the same material out of the cartridge.
Trouble with all this is! As its my hobby its getting expensive, IE Resin Tank, and trial materials. almost £300
All the best Chris

Have you tried to edit support locations or even change the orientation of print?

Maybe in your case, you can change the print orientation, placing the supports on the back face (not shown in the pictures)? Then everything is printed vertically without the need for additional supports?

I’m watching this thread with interest as we are having similar issues with our parts built using Tough 1500. We’ve had a number of issues, warping etc. Some issues may well be down to the orientation supports etc. However - a common theme (even on those parts that have otherwise printed OK) is that the start surface (and those parallel to it?) is very poor. At first we thought the parts were not cleaned fully - but these surfaces remain poor even after cleaning. It’s as if excess resin is curing on these faces and cannot be removed. We have tried sanding but then the fine detail is lost. 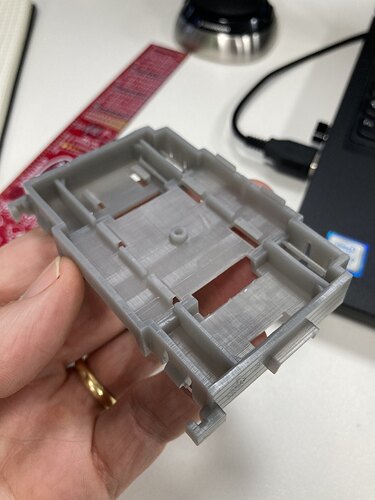 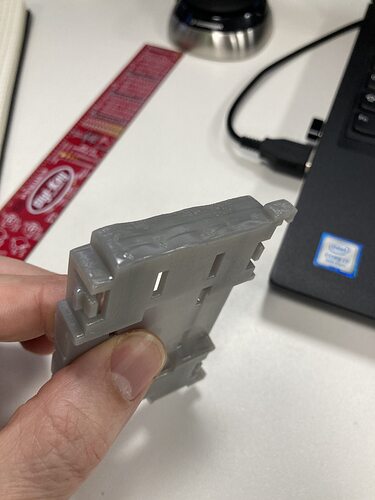 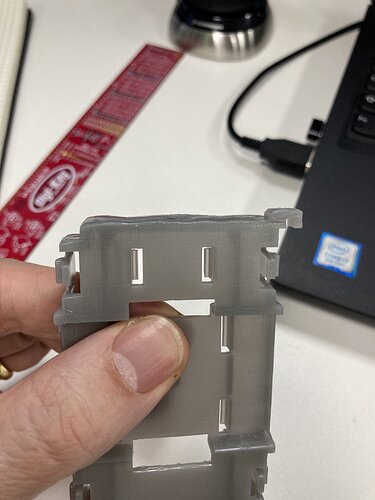 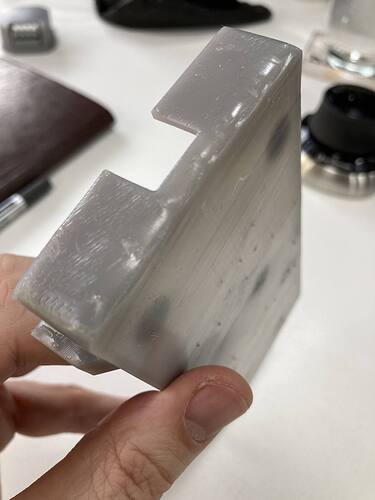 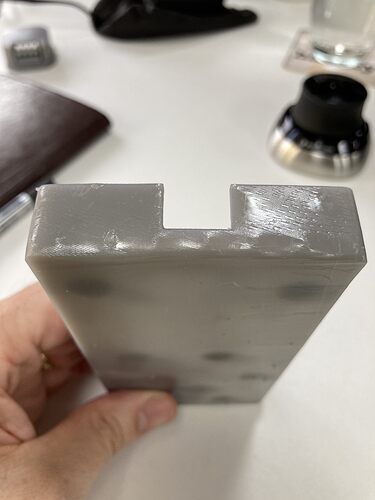 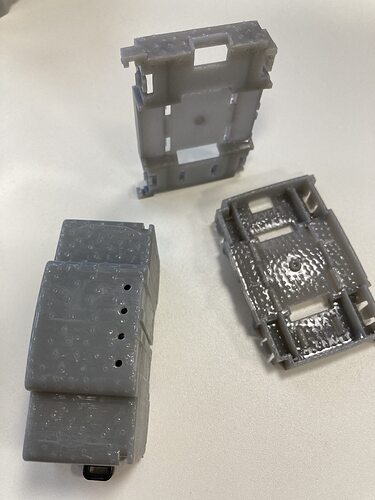 Mark, good afternoon welcome. I have posted the problems I have had on this forum, and I raised a support request from the Excellent support team at Formlabs. They have come back with some surprising suggestions for orientation of the parts I want to improve. (This is my Hobby so I don’t want to spend lots of time developing parts.)
If you have a support package then I suggest you raise the question with them, because that will add more weight to our cause. Also you will get a specific answer.
I’ll run the parts as they suggest over the weekend and reply here later.

Suffice to say lay the parts over at angles around 45 Deg in all planes. But also use full raft for the supports (not like me trying to get away with Mini rafts)
Hope this helps.

Mark, good afternoon, I have damaged the inside of my new tank, so i have given up on tough 1500
Formlab support have been great.

all the best Chris

Hi, Formlabs support have been very good, although we haven’t managed to find a solution to our poor prints. We have now changed to Grey Pro which with hindsight is a better fit for our typical models (generally prototypes for parts that are eventually injection moulded in pc/abs).

I was having no end of problems with tough 1500 which stopped printing for me after 12
Months. (On a form 2) Formlabs have been great and talked me through cleaning the optics and checking the machine was ok with grey v4 with an optics test print.

I am sporadically using it - as I have. Background almost hobby like project developing a machine as part of trying to bring something to market and this is the only thing I bought the machine and resin for. So it’s really frustrating how difficult it has been to use.

I was finding rafts were curling from the print bed, and prints failing - till nothing ever printed successfully - 100% failure rate.

I suspected the resin is outgassing and progressively becoming more viscous as it had become like very thick treacle ans suspect the viscosity has been gradually increasing peel forces.
I eventually tried thinning the solvent in the tank with dmp solvent (I use for cleaning parts) as detailed on another thread - the machine has just printed a perfect component.

I experimented with this once formlabs concluded I needed a new tank and new resin. At the cost no way was I going to do that when 80% of the resin is unused and well within the stated 24 month shelf life it’s just too expensive for me.

I suspect the resin is formulated in a way that just isn’t compatible with sporadic use - there’s a solvent in there that is just too volatile, which progressively changes it’s viscosity (in a really unhelpful way). I sense formlabs don’t expect people to use resin in a non guzzling way.

Any body any thoughts on this ?

With T1500 I think I print about 25 prints per year (used to be more, but I’m leaning towards T2000 when material properties are less important now because it prints 2x faster)
So I don’t know if that’s “sporadic” or not. But I don’t have any problems whatsoever with a supposed “solvent” T1500 “evaporating”.

@markholmes I do use much more supports than you do, to support the skin much more 0.3mm or 0.25mm at about no more than 4 to 5mm distance to each other. This avoids a freshly printed layer being pulled away from the BP at detach (what you are seeing)
I do print only at 0.1mm layer thickness!!
Sometimes I would use 0.1mm to have x example 0.3-0.1-0.3 in a distance of 10mm.

Increase in density is then compensated with smaller TPs, so removing them is easier.