Parts breaking off in build

However, recently it has had a problem in completing a simple print, the supports print fine but the parts (10 identical parts) half print and end up in the build vat. Both times with White V3.

This is the print (ish, as I didn’t save it, just sent it the the printer) 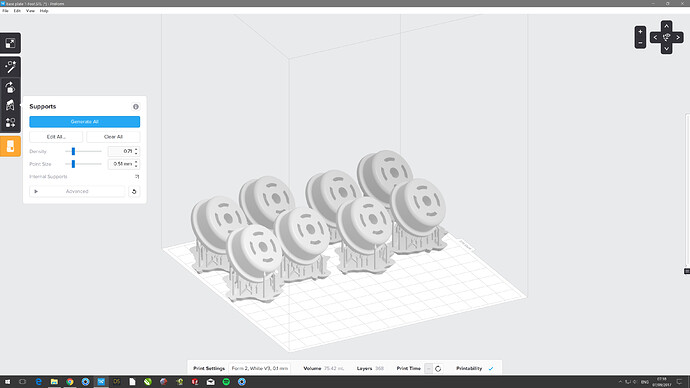 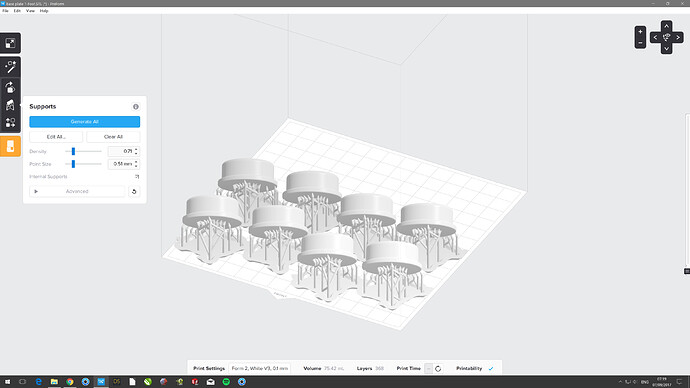 I always knock the support density down to around 0.7 and the point size down to 0.5, the rest I leave as default.

1st time it happened I cleaned the tray thoroughly with IPA and the refilled (no old material, just new stuff) The same thing happened again, pictures (hopefully) below…

When I cleaned it between the 2 prints the tray was showing signs of clouding and dotting but nothing to bad.

Its seems the link to OneDrive didn’t work, here we go: 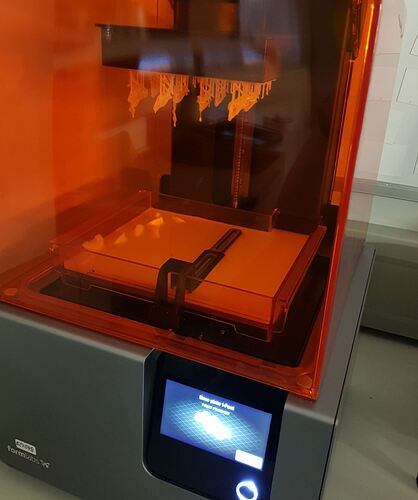 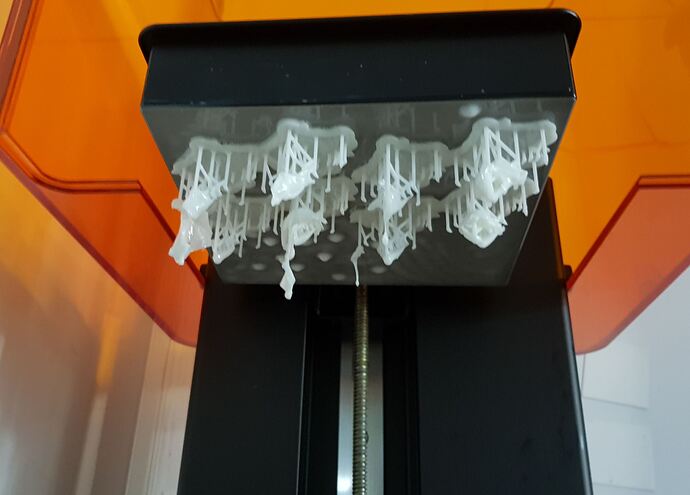 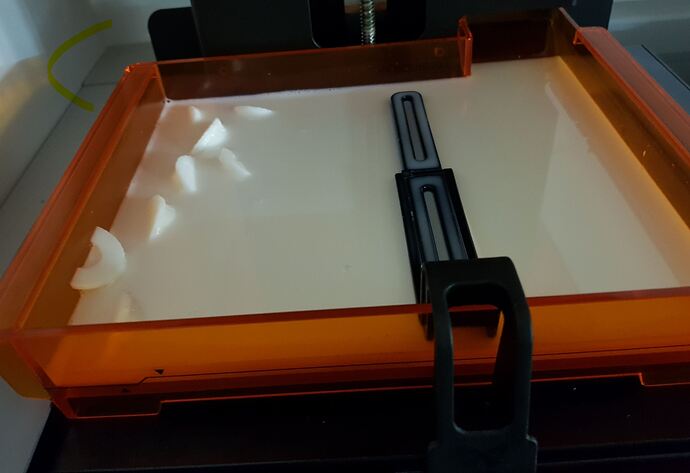 You need to add supports to the flat back of the part. At least 0.4mm Now they are only on the edges which is a weak connection.

Thank you fantasy2. I agree, it looks a weak area now you mention it. I use the “auto” supports and rarely add new ones, I sometimes edit the ones placed to avoid holes or text details, but not add new ones. Maybe I should be avoiding auto?

Would that alone cause the issues I’m seeing though?

Honestly I almost never use auto. Supports always end up somewhere I don’t want them. For sake of stability, you can run auto generation and then move some of the support from the edge to the flats. Formlabs has an article somewhere explaining this.

You need to first have a few supports around the lowest edge, and then I would space some out along the flat part of the bottom where it’ll be easy to sand flat. You won’t need to have any on the top side. Also, it looks like they’re all the same, so you only need to do it to one and then in the Layout option you can make duplicates of that.