I’ve seen alot of folks talk about getting laser pointers or curing pens that emit the 405nm wavelength for spot curing, patching, bonding, etc. your FL models. Since there a ton of different ones on Ebay and Amazon, i was wondering if folks would be willing to share links to specific ones they’ve had success with?

Let me hop in and add one info : there are a lot of 2-3$ laser pen on eBay but most of them are 10mW or so which is a bit weak. The one linked here is 150mW which is far more appropriate. The ones I use are 150-200mW and polymerization occurs within 5 seconds of exposure which makes gluing parts together easy.

Be aware though that 150mW is already a lot of power in such a small area and as such I would advise to use appropriate eyewear. Keep in mind that UV-A light isn’t absorbed by the cornea and directly attacks the lens so it’s particularly dangerous for your eyes… As the saying goes among people using lasers daily “you only see a laser twice”

Just a beginner.
To avoid some cupping issues while printing, I’ve purposely added holes. Not a big deal since these are just prototypes and not usable parts.

But could I use the resin/laser pointer technique to fill 2-5mm holes? Would there be an issue in curing a thicker area of resin the with pointer?

And if I were to get a 150-200mW laser—knowing of course not to point it toward my eyes—is it dangerous to things around me is it? It won’t cause paper to burn or my IPA to explode if shined on? Thanks! 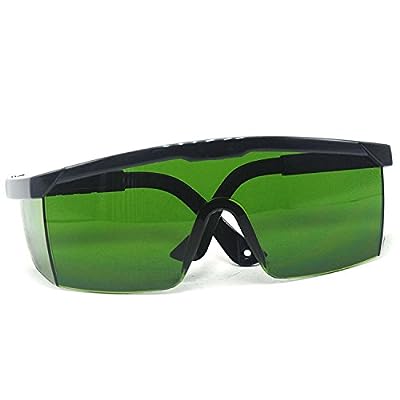