I cannot use the entire Build Platform?

I’m already in contact with Support regarding this issue but I’m probably not getting any more replies due to the impending weekend already kicking in.

My issue basically is this: 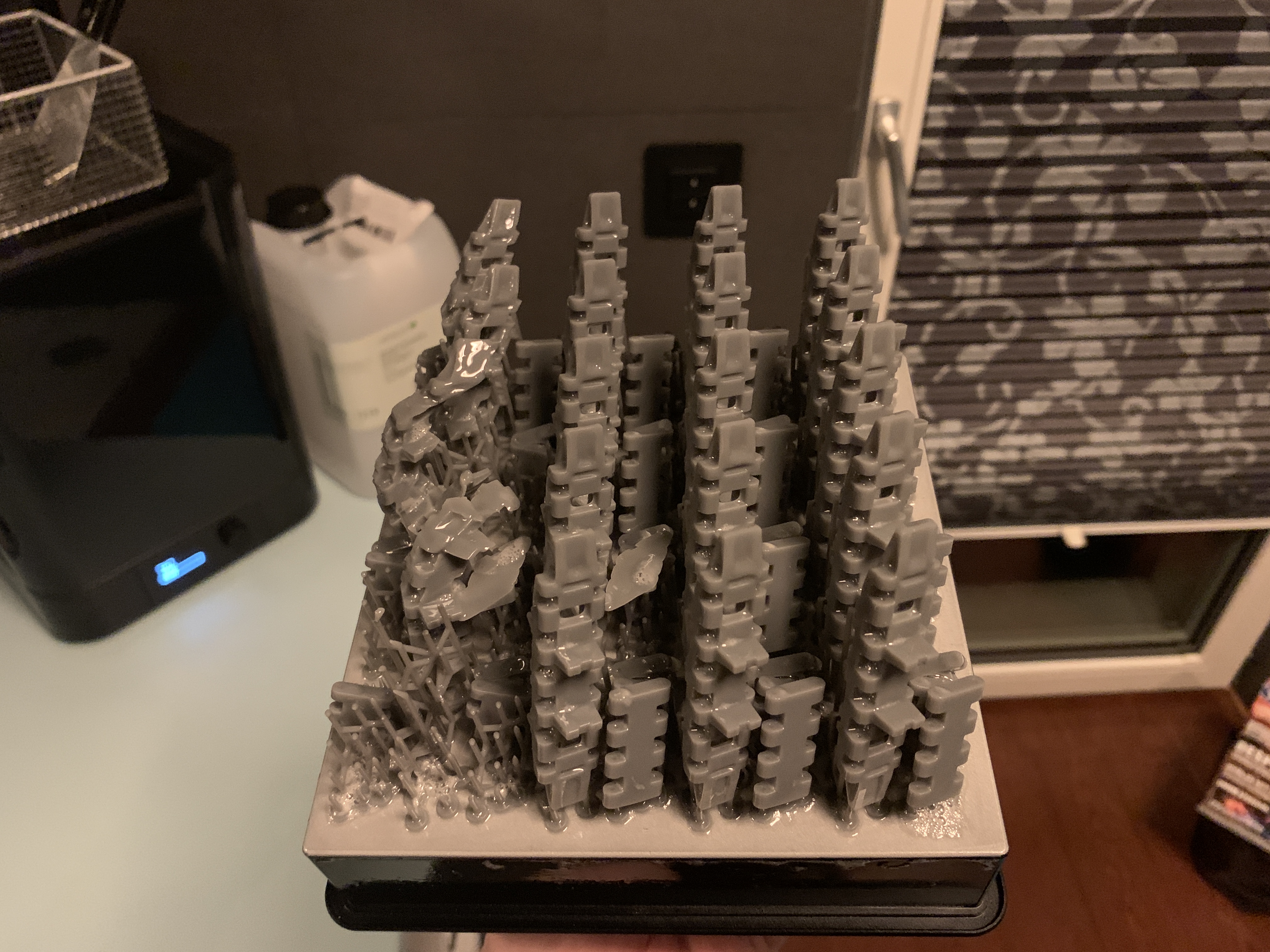 I have NEVER before used the ENTIRE Build Platform with any of my prints mostly in the 5x5x5cm print size but I had plenty of failed ones where I couldn’t identify the issue until I started 3D printing | Track Links for a 1:16 scale E-100 Tank Project.

Basically, ¼ of the ( upsidedown ) right Build Platform - The side the LPU stores back into when not active - appears to be unusable, to me, as nothing that is being created in that area a) sticks to the supports and b) even if it did it would turn into a Salvador Dali-esque interpretation of what was sent to the printer.

After cleaning the Tank, upgrading the Firmware and doing a flawless Mesh Cleaning Print to sift out potential debris I did a Corner Test print using the Midsection of the Secondary Track Link as I was missing some of them to complete the so far 3D printed Track: 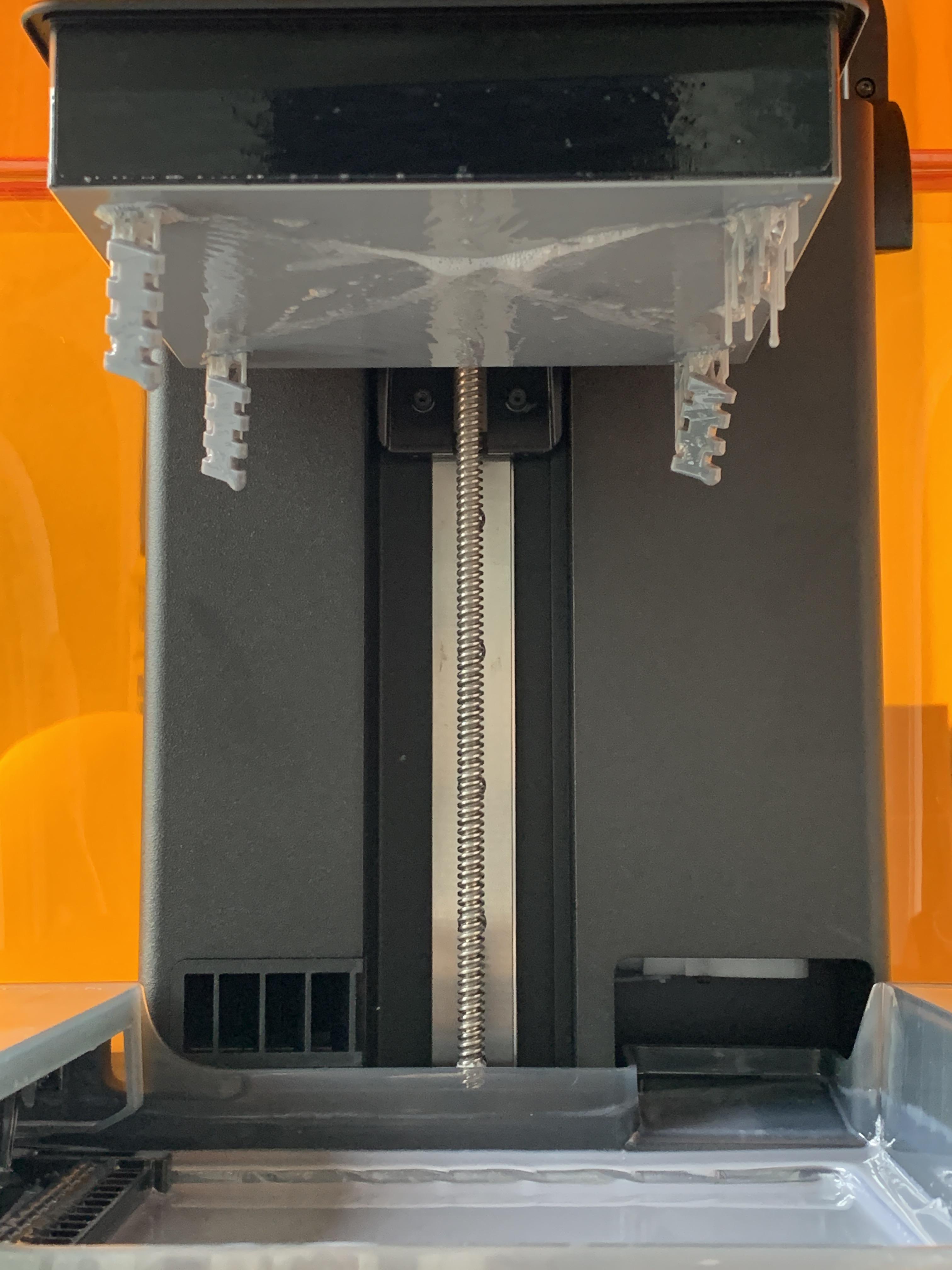 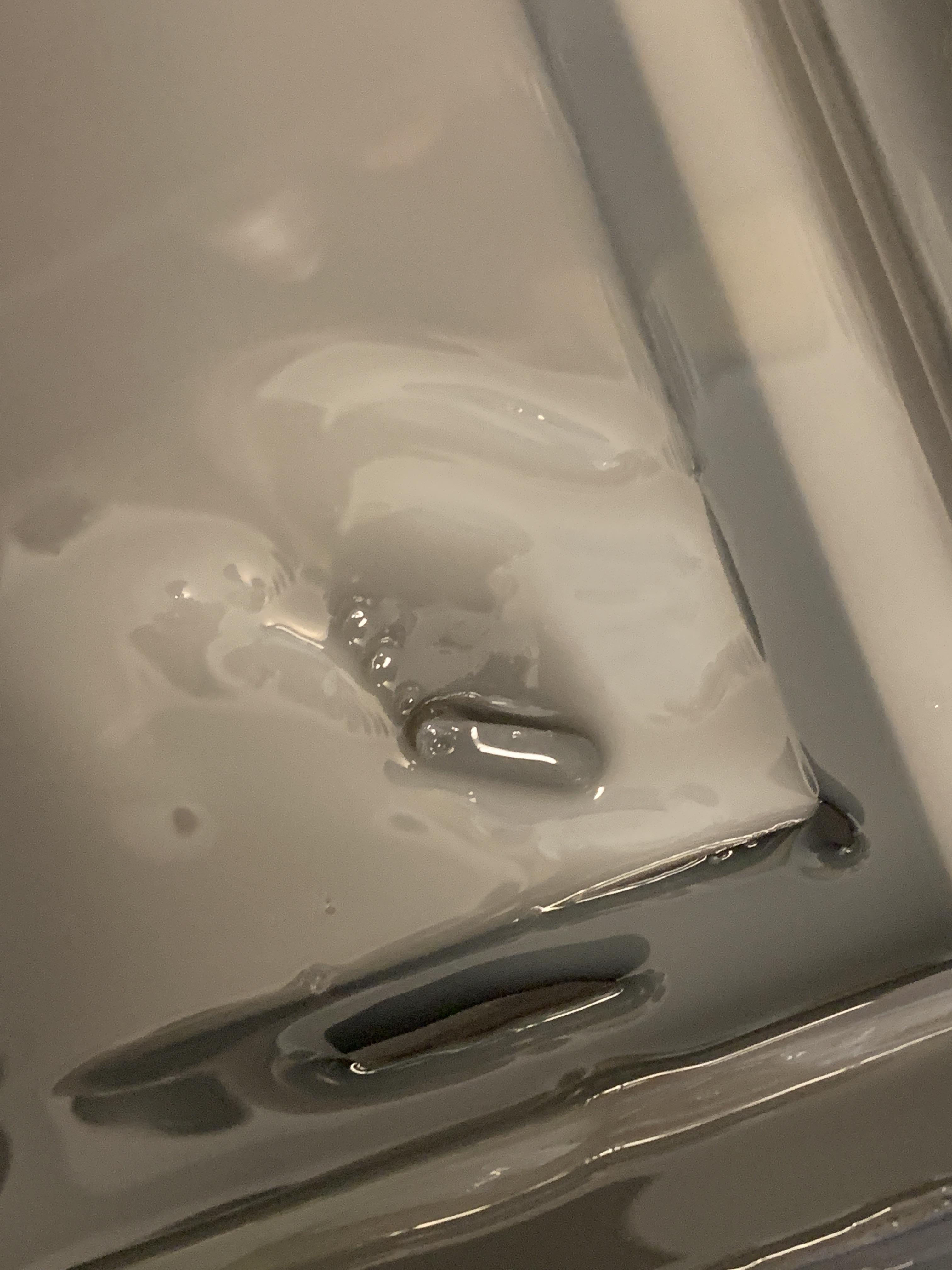 …and stuck to the bed. 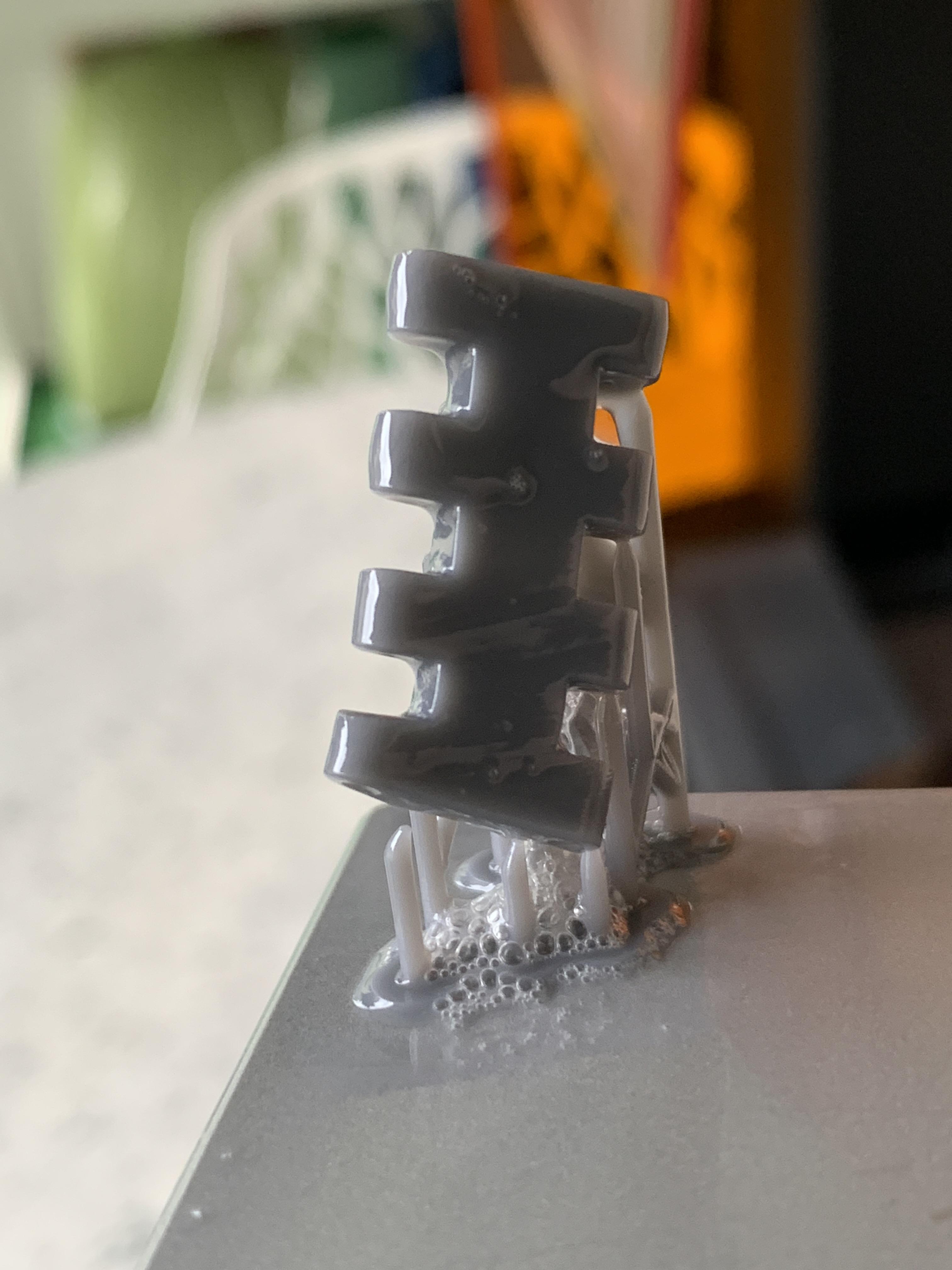 …but turning into a warped Salvador Dali sculpture.

Both Left Parts formed without issues 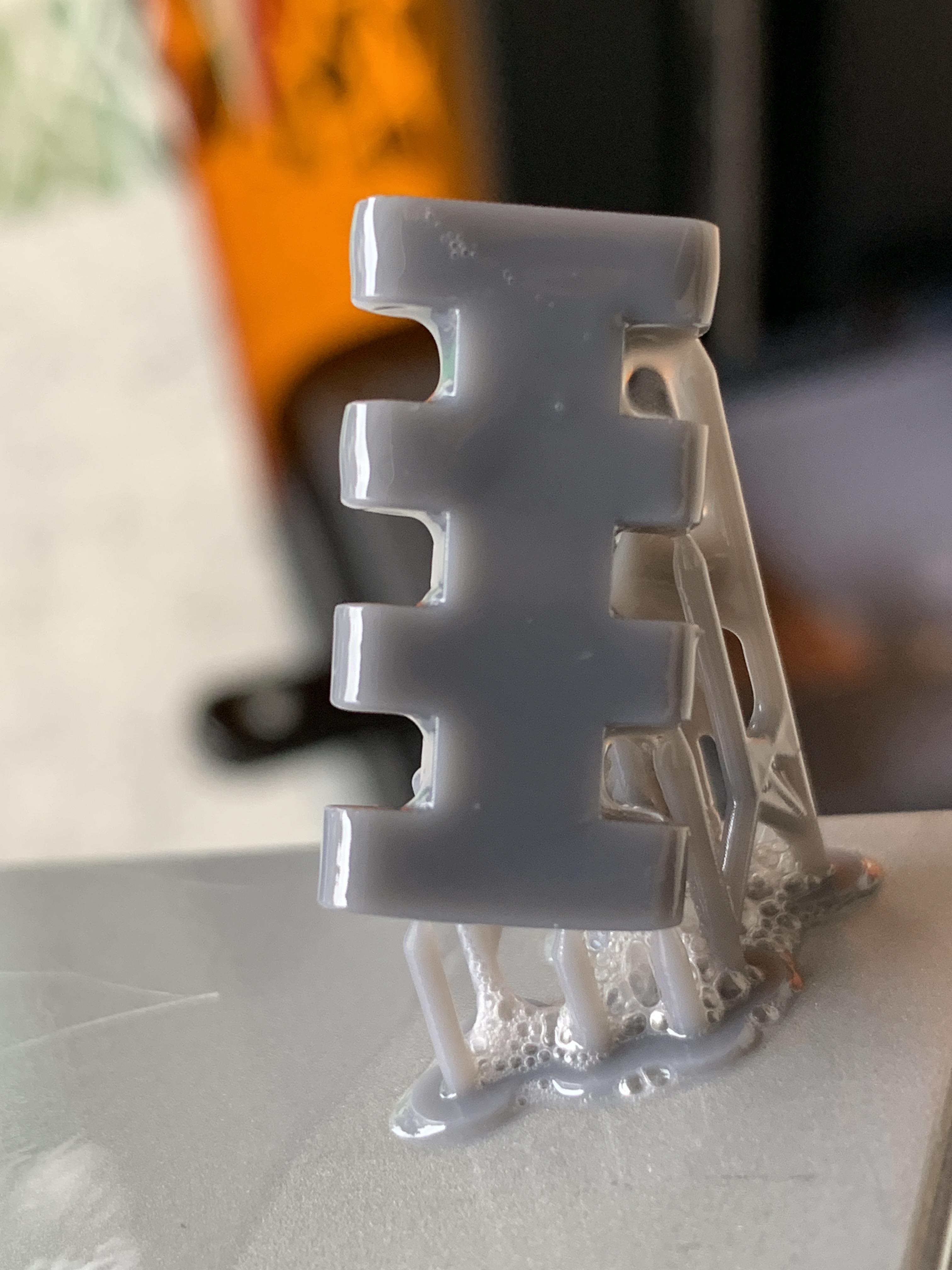 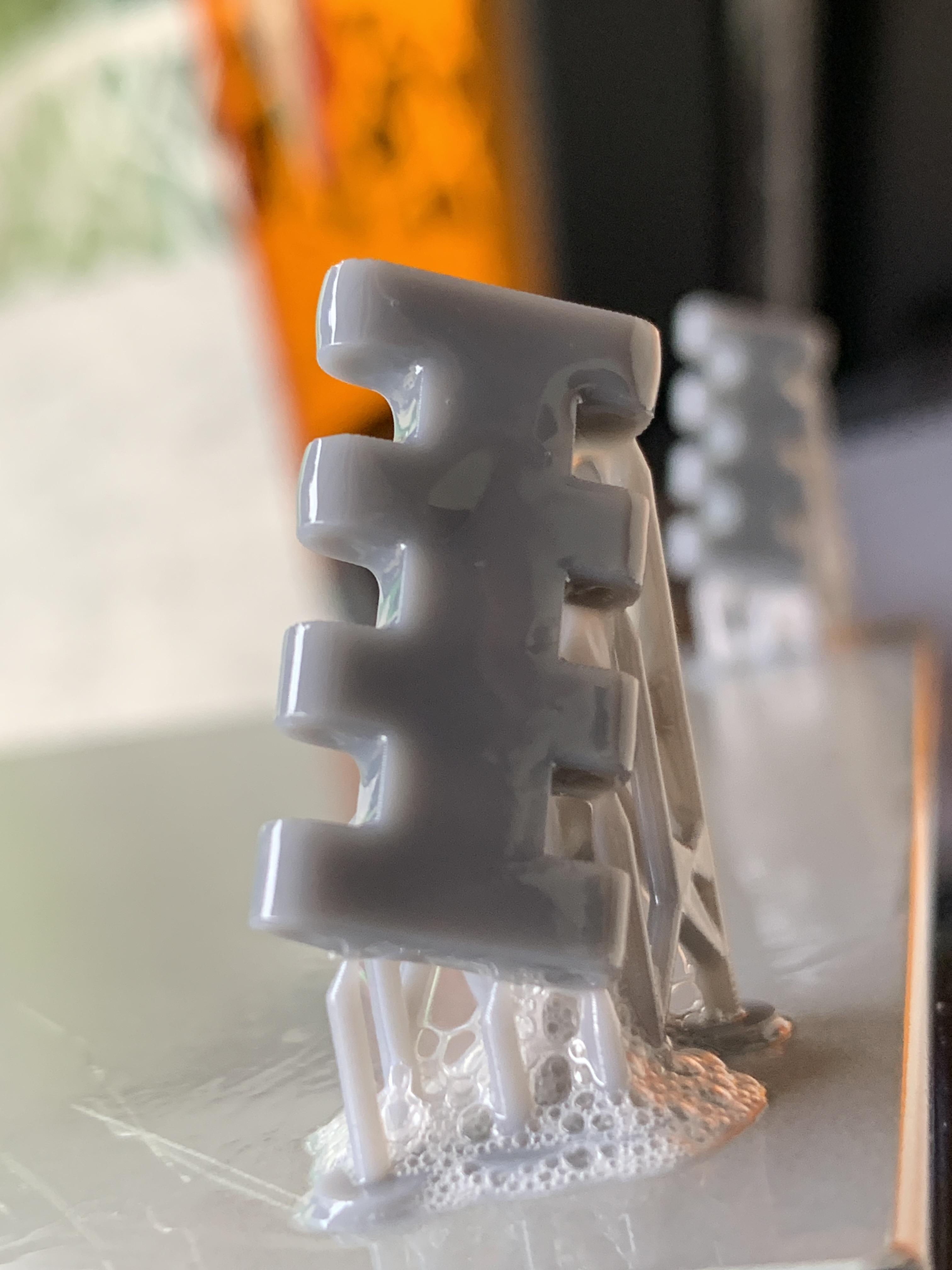 Distortion is due to the Camera. 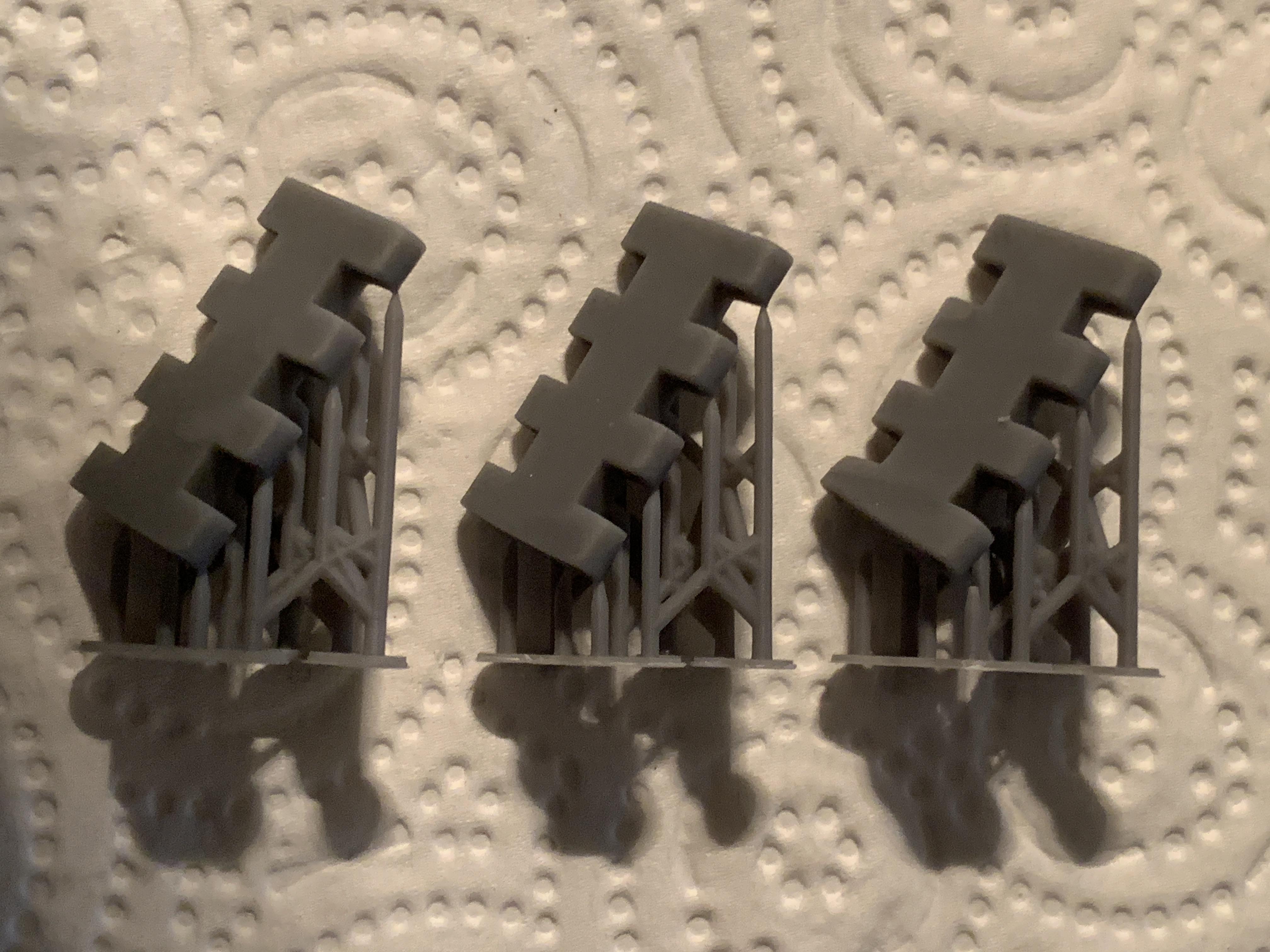 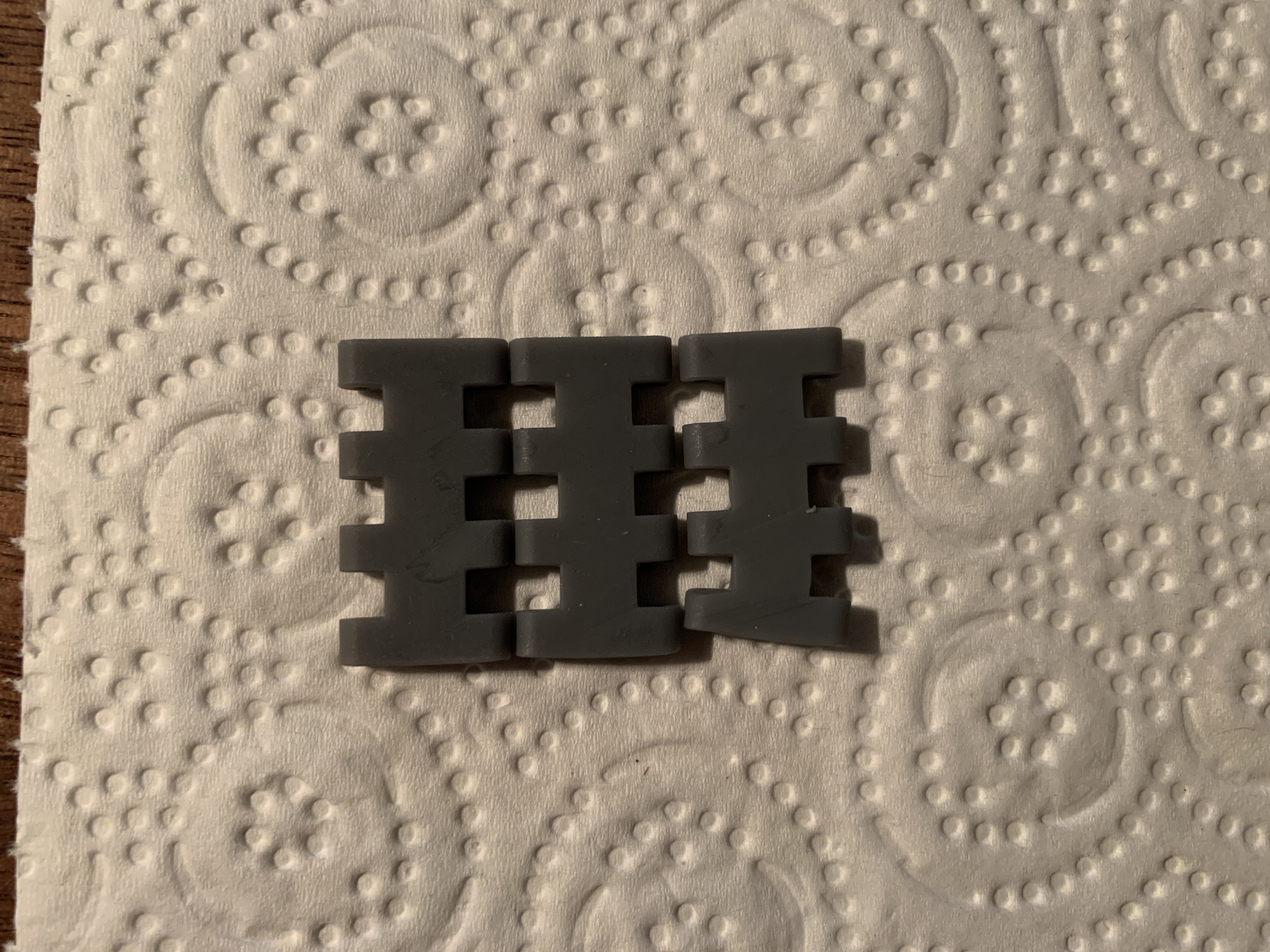 The way I see it, no amount of Supports, as suggested by the Support, can fix this problem and it shouldn’t have to as the remaining ¾ of the Build Platform prints basically FLAWLESS begging the question if this is an issue with the V1 Tank ( 29 Prints so far ) in use.

Probably worth emptying your tank (filter the resin through a paint strainer while you’re at it) and inspecting it. My guess is you’ll see something up in that quadrant.

If the problem persists even with a brand new tank and resin, I’d next check out the build platform. I don’t think the problem is there as the base of your prints do adhere, but you could measure to see if the platform is flat and true (make sure that corner doesn’t fall away from the plane of the surface).

It’s good that you tried the print that only utilized the four corners, that should eliminate layout density as a factor.

Support came back to me today and I was requested to provide some more shots of the printer with the possibility to not only have the Tank in question replaced but maybe even the LPU itself which I’ll gladly take as I found mine to have dust/specles inside the Optical Window I couldn’t remove. With me now 3D Printing 24/7 to get this done and one of the prints running at the time I wasn’t able to reply in a timely manner so probably tomorrow I’ll most likely be getting a conclusion.

I mean… Technically the prints I do with fewer parts on the build platform work but three of the medium sized pieces of the track bordering the “corrupted” area remain a constant reminder that something is amiss - I can squeeze a Track Link Pin through them but unlike the others they require a hella lot more force to push through.

Once the current print is finished by tomorrow I’ll be testing the Clear Tank for a similar issue and report my findings about it.