I think the video will be released shortly, but in the meantime if you couldn’t attend, here are a few highlights from today’s webinar. 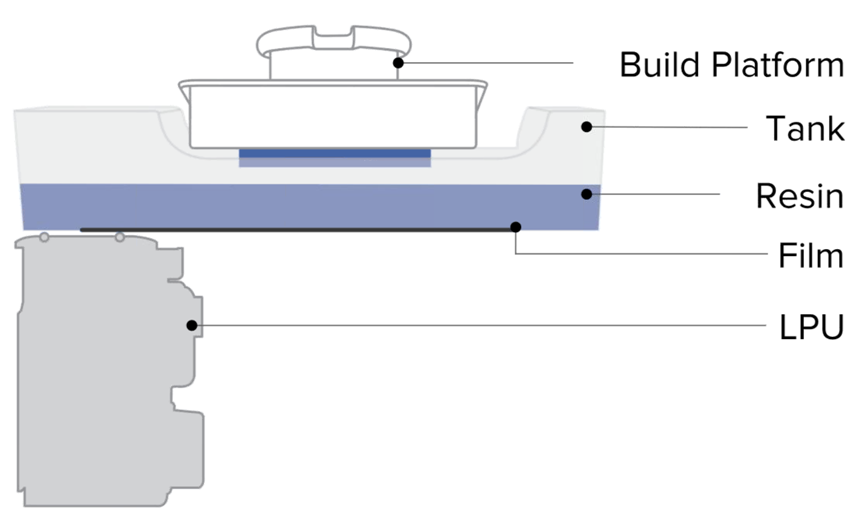 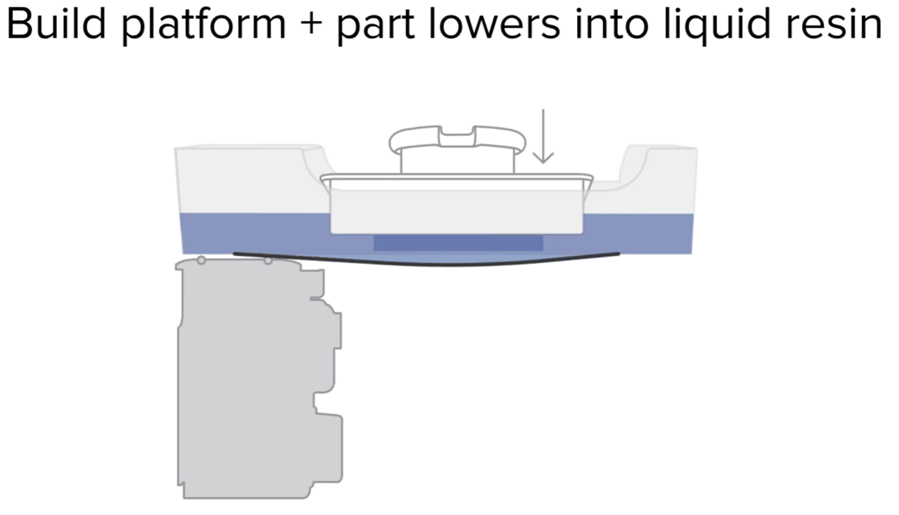 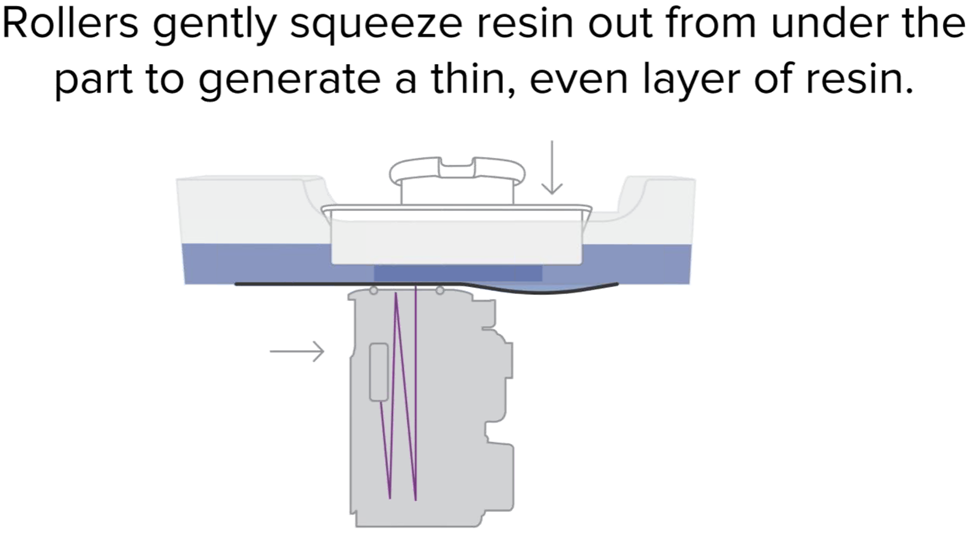 .
(I might have missed a slide here where the build platform rises, and the film bends upward with it until it eventually peels away)
. 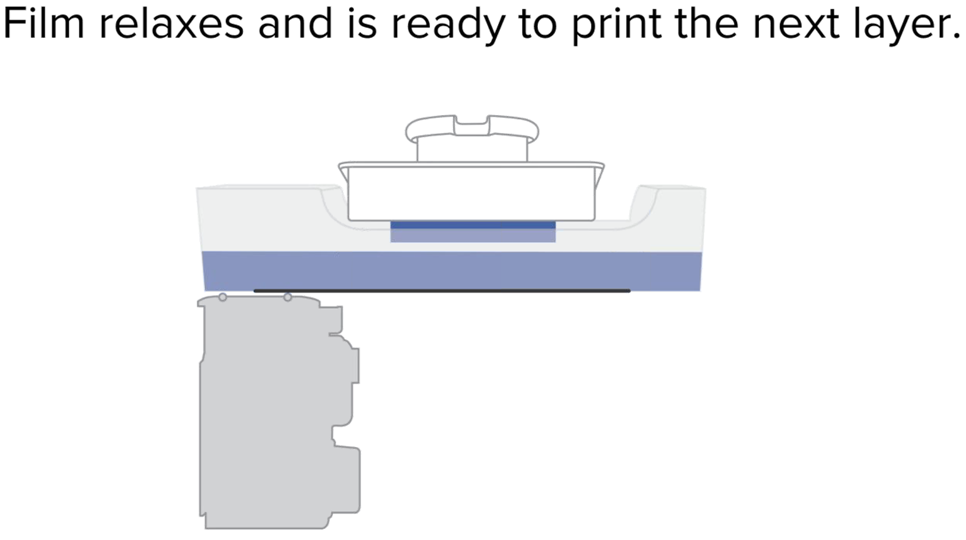 Some more notes from the presentation…

EDIT: Here are the latest materials validation results for the Form 3. 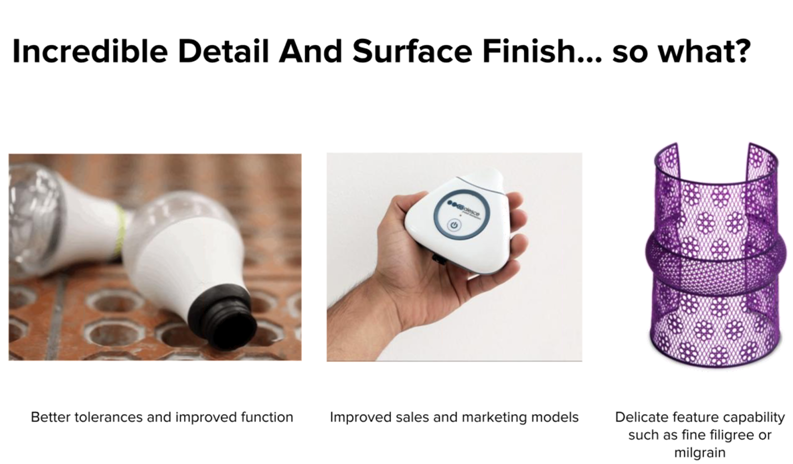 (I might have missed a slide here where the build platform rises, and the film bends upward with it until it eventually peels away)

Written like this, it doesn’t sound that revolutionary. Isn’t that the mechanism of all the other DLP printers using FEP?

@rkagerer the platform rise was shown in the short animation which followed.
I did a small GIF.

I was hoping for a continuous system for the peeling and not again, the rise of the build platform for each layer.
In the announcement videos, they mentioned an increase of speed, I was also hoping an answer on this particular point; how much faster is the Form3 compared to the Form2?
But on the paper, this Form3 looks really amazing and brings a lot of important enhancements and changes. This parabolic mirror for a laser spot size is the same everywhere is great, without mentioning this 85-micron laser with a 25 micron XY resolution…
For ZBrush artist like me who is always looking into fine details, I’m sold!

@fantasy2: Just a guess, but the difference could be that because of the roller action, the film doesn’t have to be under high tension for the part to be pressed against the surface, enabling the film to flex which makes possible a sequential peeling process, rather than more or less “all at once” peeling like the current solution with the Form 2 or with a highly tensioned FEP film.

I was hoping for a continuous system for the peeling and not again, the rise of the build platform for each layer.

This is exactly what I was expecting when it was first announced. How is it different from current pull-and-peel on other brands?

I see a difference between this system and regular FEP films in LCD/DLP SLA printers: this one is flexible and when the peeling is processed, it’s done progressively from the sides to center (considering the whole build platform has been printed) and not with a high tension like regular FEP which has a high tension.
I see more a peeling which is similar to a strip of tape that you unpeel progressively from a plastic surface.

Missed the event, so really looking forward to the webinar video when it’s uploaded,

It seems incredibly like the system used by Asiga.

It can be seen at 0.20 in this youtube clip https://www.youtube.com/watch?v=YL7Wyte-Lw4

The webinar video is now up: https://3d.formlabs.com/webinar-form-3-product-demo-evergreen

Where is new Adaptive Layer Thickness Feature for preform 3.0? I can’t find it within the software.

It is probably a function available only for the Form3, then that’s why it may be not available for now for Form2 users.

Adaptive layer thickness has been announced but not shipped yet. Expect to hear more and see it in upcoming PreForm versions.

Thank you for the update.
Little confusing when you mix it in with all the updated info & make it look like its released.

Any plans on adding the Remote printing capabilities that were announced on Form 3 to the Form 2? It seems to me at the moment that it’s very arbitrary and all that would need to change is removing the “click the physical button on the printer” thing that currently happens in the Form 2, and of course “start printing” somewhere on the Dashboard.

Remote Printing would be an awesome feature to have on Form 2.

What struck me most in this presentation was $160.00 to replace the film.
You need to throw away you entire tank to do it. Gee I wonder what that design
decison was based on. Can’t admire that.