Very similar specs to the Form1, but a lower (kickstarter) price. 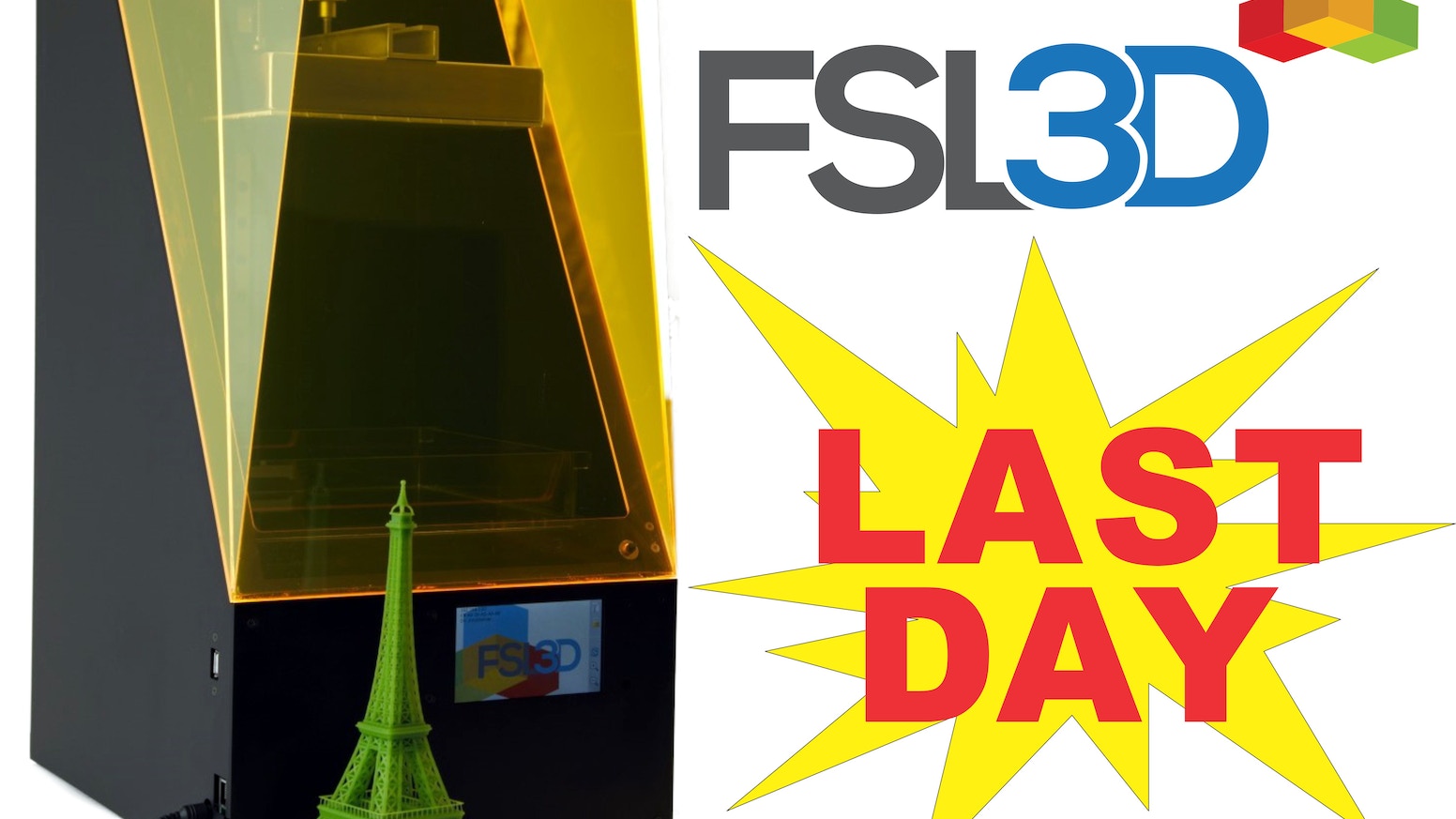 Not blown away with the print quality, judging from their prints, but it’s still not bad.

Anyway, competition is good. Hopefully it will force form labs to step up their game …and finally release a castable resin!

Wow, the video is super cheesy. It reminds me of watching an old '80s movies or something.

Anyways, it’s the content that matters and it really looks impressive, IMHO. They seem to have the expertise already and it’s interesting even with parts procured in advance, they are still estimating 7-months+ lead time. Here’s to hoping they’ll make it!

They still have a tilting resin tray… I would hope a Form1 competitor could find a good solution to fix that, but oh well.

FWIW, it looks like the Solidator might not make their funding goal.  Based on the other thread on this forum with the back-and-forth with the creators, I don’t think I’ll be missing them if they stall out.

Looks like they have some awesome features for support structure creation and editing in their software:

Regarding Solidator, I don’t get the big deal with him posting in these forums. It seems to me that his product is different enough from the form1 that there is not a huge conflict. I found his explanation very informative and there are some aspects of the machine that seem very nice, mainly the build size and no tilt/peel process. Like most 3d printers its customer base is a very specific niche, I can see room for a printer with these specs to succeed. I wish the campaign had more information and explained the oddities in the images (wobbly supports etc) better. It will be really sad if its not funded.

Is anyone going to give one of these a try?

I’m sticking with Formlabs, however, I would advise Form Labs to take these guys very seriously. . please. . . from experience.  I own a laser produced by Full Spectrum Laser–actually I bought one of their earliest products.  It’s a very good unit, I picked it up from them in Las Vegas several years ago.  There is no “fluff”, straight forward software, and it’s reliable, I’ll buy my next laser from them.  In the years since I’ve bought my laser they have made newer versions aimed straight at folks who would be buying Versalasers and Epilog Zings, offering more for less.  All common Chinese built units, upgraded by them with their own hardware and software improvements that make them better and more user friendly.  Even if FSL faces law suits, they are smart and do a good job with their customers. . . .  .

oops. 100 nanometers is 0.0001 millimeters, so that is very impressive for the layer thickness. I believe that’s 1 micron thickness.

I suspect there is some confusion there in specs. While they might get the spot size down to 100nm (though I doubt it). Layer thickness is going to be much higher, due to the nature of the fluid itself. Also given that they are physically moving the laser, it is going to be slow compared to something like the Form1.

Well they are claiming .1 micron layer height which they can apparently get by not using a mirror and putting the laser right up to the resin. Their prints certainly dont look impressive. The weird thing is that they are already selling them on their site. I gave them a call to see if they are for real and after hearing music for about a minute I just got a voicemail… mhhh…

Its more than 2 orders of magnitude better than whats currently out there… you would think this would be getting more attention if it was for real.

I agree… it looks fishy. I emailed them a few days ago and haven’t received a response. I think the print quality suffers because they are using a FDM-style tracking of the print head (in this case of the laser) to cure the resin. The mechanical accuracy of those movements have to be very precise for the print quality not to suffer.

It’s a bit on the expensive side for about $5,000. They are planning on releasing a smaller version for about half the price.

Whoa… it does look great. Are these the same folks are Digital Wax Systems? Their logo is different and their page doesnt link back to them.

Also, I didint see any of the materials as castable, do you know anything about that?

Same company DWS in Italy. I don’t think they have castable material for this machine yet.

That makes me worry. They specialize in it and could have easily released it together with the other materials, which makes me think they wont for this model…

To me it seems like a simple and smart business tactic. Why would they release castable resin for that printer (at least right away), if that could really piss off their current jewelry customers who paid 5-6 times more for the professional level machines?

I imagine these new printers are not geared towards the jewelry industry, and maybe later down the road a castable resin will be released.

Yeah makes sense, but sucks for us

from their 2 last updates, FSL3d have really increase their print quality ( they claim to be better than the form 1 ) What is great is the laser spot size certainly going to be around 100micron ( they already tried and succeeded with 50micron )

The progress looks promising, but I will no longer buy any printers off of kickstarter. I need to see an actual physical print of what the printer is capable of before spending the money.

They printed with 50 microns, but then say that they will most likely not release that, because it’s too slow.

Will see once the printers actually ship and start selling.

Holy FS - the XFAB looks fantastic. I’m now feeling foolish over the money and effort I’ve sunk into the Form1, wish I’d noticed this before my recent resin purchases. Not so enamoured of resin cartridges though, sounds like you’re locked in. http://3dprinterplans.info/xfab-stereolithography-3d-printer-prints-in-a-wide-range-of-materials/ says $200 to $400 per cartridge, and no mention of cartridge volume…

Still, at 5k or 2.5k I may end up upgrading - a medical grade rubber material will be killer for me. At the moment I’m printing moulds and injecting silicone, which is a lot of extra work (modelling, printing, and moulding) and introduces part defects.

It does look like a nice one. The company has a track record for making some high end 3d printers for jewelry that’s for sure. Not many people use them here though.

They promise it will be available in a few months, but at the moment it still qualifies as vaporware. I sent them an email recently asking for more info, samples, etc. They responded “many thanks for your mail. Please be so kind to tell me where are you from.” I told them from USA but didn’t hear anything back.

From my experience all these companies do is try to get interest going for their would be products by over-promising this and that. Until we see the damn thing for sale and people using them, this can qualify for another vaporware product. Just like the OWL 3d printer.

Well - it’s the proven track record with high end printers that enthused me.  I’ve just noticed on their facebook page a comment from the 18th saying May/June for accepting orders. So it looks like their original Spring date has slipped already - and “accept orders” is very different from “shipping” as we well know!!