So my first print was a failed one even though all the supports seemed fine. no red etc. I came home and the bed was just laying in the resin and it only did 44 layers. Sweet…

I uploaded a diagnostic, and it says to “contact support” , but on the forums ?

Sorry to hear your first print failed. It happens. If you post up pics of the Preform layout with supports we should be able to assist. Also, post up pics of the failed print. It may assist in showing us what happened. Be sure to get any cured material out of the resin and off the PDMS layer. 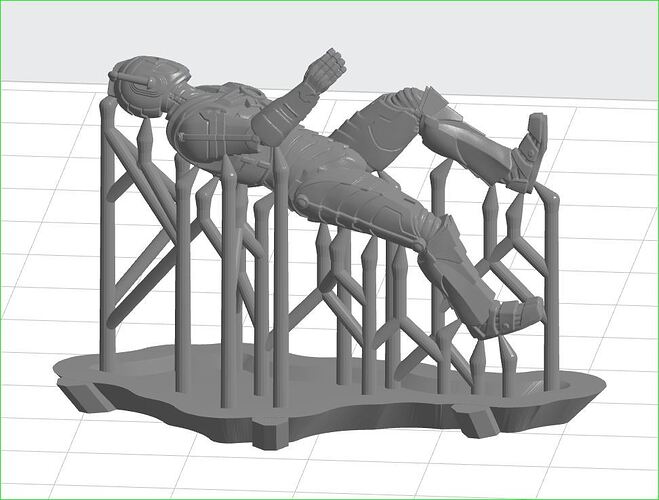 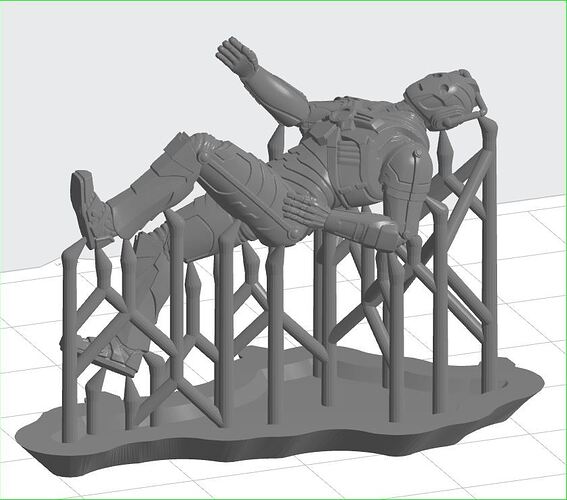 What are the rest of the settings? 0.05mm or 0.1mm? Did any cured resin stick to the build platform?

Have you been able to locate the diagnostic file? Or what info do I need to give you.

Fantasy, a little bed of resin stuck to the platform. I can dig it out of the trash and take a pic. This was .05

We are just forum users so can’t see the info. Also, these kind of failures are most likely purely mechanical and the software isn’t recording that.

If you printed 0.05mm layers you should have a height of aprox. 2.2mm already. This is just the base of the model, generated by preform itself. My guess is that the material didn’t stick to the build platform enough and released during printing. Try to clean the build platform. If it still doesn’t stick, lower the Z-direction in settings on the machine by a few steps and try again. 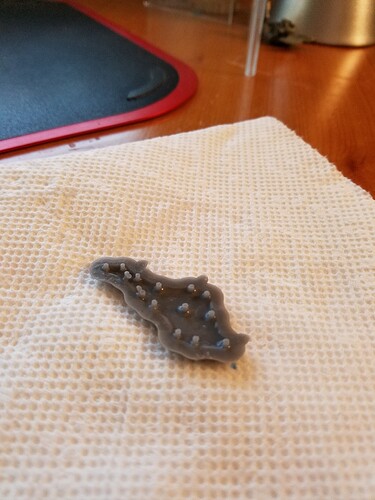 there was scarring or burning? on the platform when I took it out of the box so that was awesome…like I mentioned in other posts. This feels like a rewrapped Form2. The plastic edging on the build plate was also peeling off as if the glue was coming undone. I didn’t like it at all.

When I buy something like this, it should feel brand new and the packaging, for this price, should be pristine. I’m not having a good time with it so far and reconsidering it greatly.

So the raft and support piece you have pictures of was stuck to the vat. I would nudge the Z down .1 or .2mm. You can find that setting in Preform under fine tuning.

Can you post up pics of the scarring or burning and the plastic edging on your build plate. This way we can see exactly what you are referring to.

there is a plastic trim thats about an inch wide that goes around the base of the build platform, it was coming apart, as if glue or whatever was wearing off. I had to push it back on and hold it, then do it again a few more times for it to stay. The burning was in lines on either side of the metal, running down both sides, but it wasnt crazy apparent in the image I do/did have of it (I thought it was on my phone but its not). As if someone took a lighter and quickly went over the surface with the flame in straight lines on the left and right of the metal, of the build plate.

Even after this failed print it seems like my build plate has too many imperfections on it for a ‘new’ piece, like subtle scratches and other weird bits on it. I only took off the cured base, which popped off easily, then I wiped it with a paper towel, put a little IPA on it, cleaned that off, ran a little water on it, then dried it all off.

I would send pics to FL in a support ticket. I have no idea about the burning but I would include pics of it in the support ticket. I don’t know what your build plate looks like (scratch wise) but they come with a rather rough finish to ensure proper model adhesion. If you feel there are too many scratches (like it was used) then send FL pics of that as well. They are the only ones who can assist with that. We can only give you our opinion. If you post up the pics you are going to put in the support ticket, we can give you our opinion.

So since that first print I have had 4 successful ones. 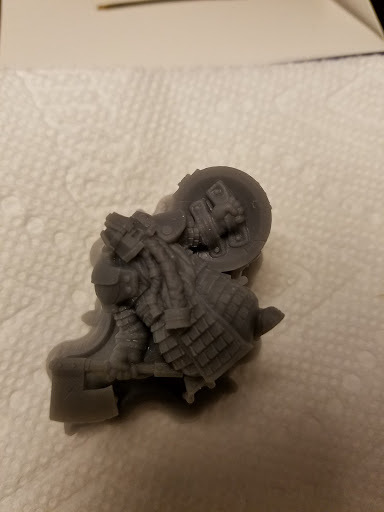 I am very happy with the results. I am not sure how to orient that Cyberman that failed in the first print but I think him being flat on his back had something to do with it. 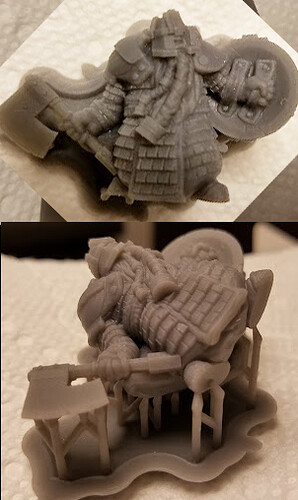 To print humanoid models a rule of thumb is to flip them up side down. You want your model to be printed as “one island” instead of many separate islands and then the connect with each other. If you simply have one island and then the other limbs will be built from the same island attached to it directly, you’ll have a better chance of success. 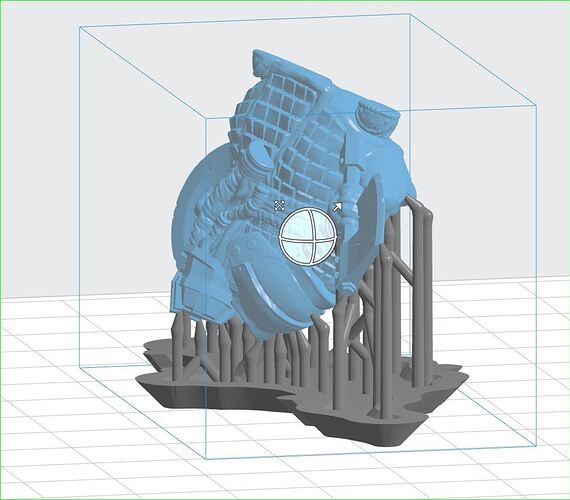 Although for this model it won’t make a big difference since it is very compact and it doesn’t have many extending limbs. For the first Robot model you uploaded, the difference however is going to be more visible.

Ahh! I gotcha. Thank you for your help. I will try that print again and see if I can get a success from it.