Dust INSIDE the LPU

I was wondering why i get a faint vertical line running across some prints ever since i got my Form 3.

Finally realized it’s always in the exact same spot relative to the platform, and then it dawned on me that it’s present everywhere along the X axis, and it’s probably some kind of debris on the LPU.

So i took out the tank, put the LPU into maintenance position, and took a look aaand: 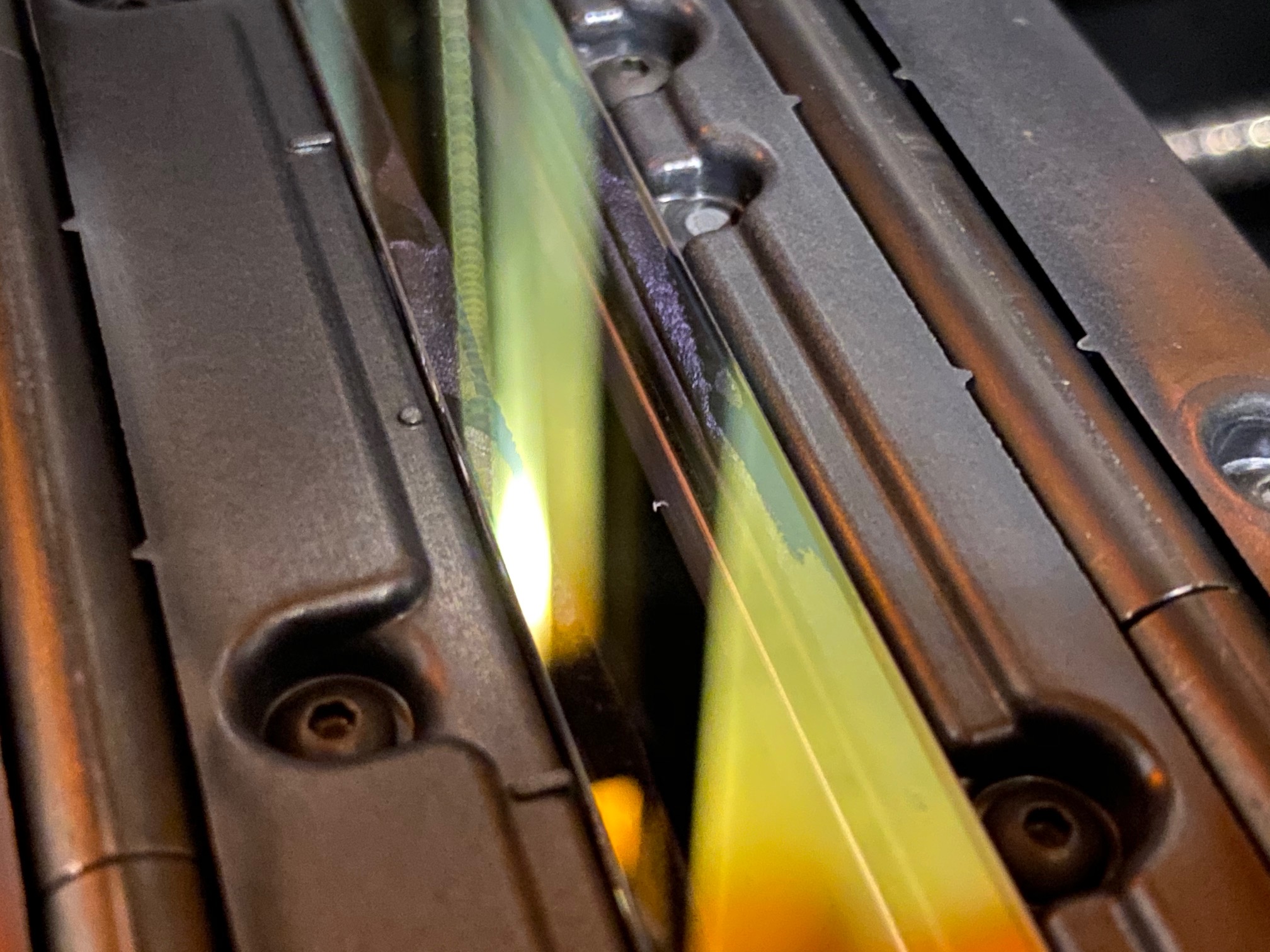 That piece of lint is on the inside of the window, not the outside. 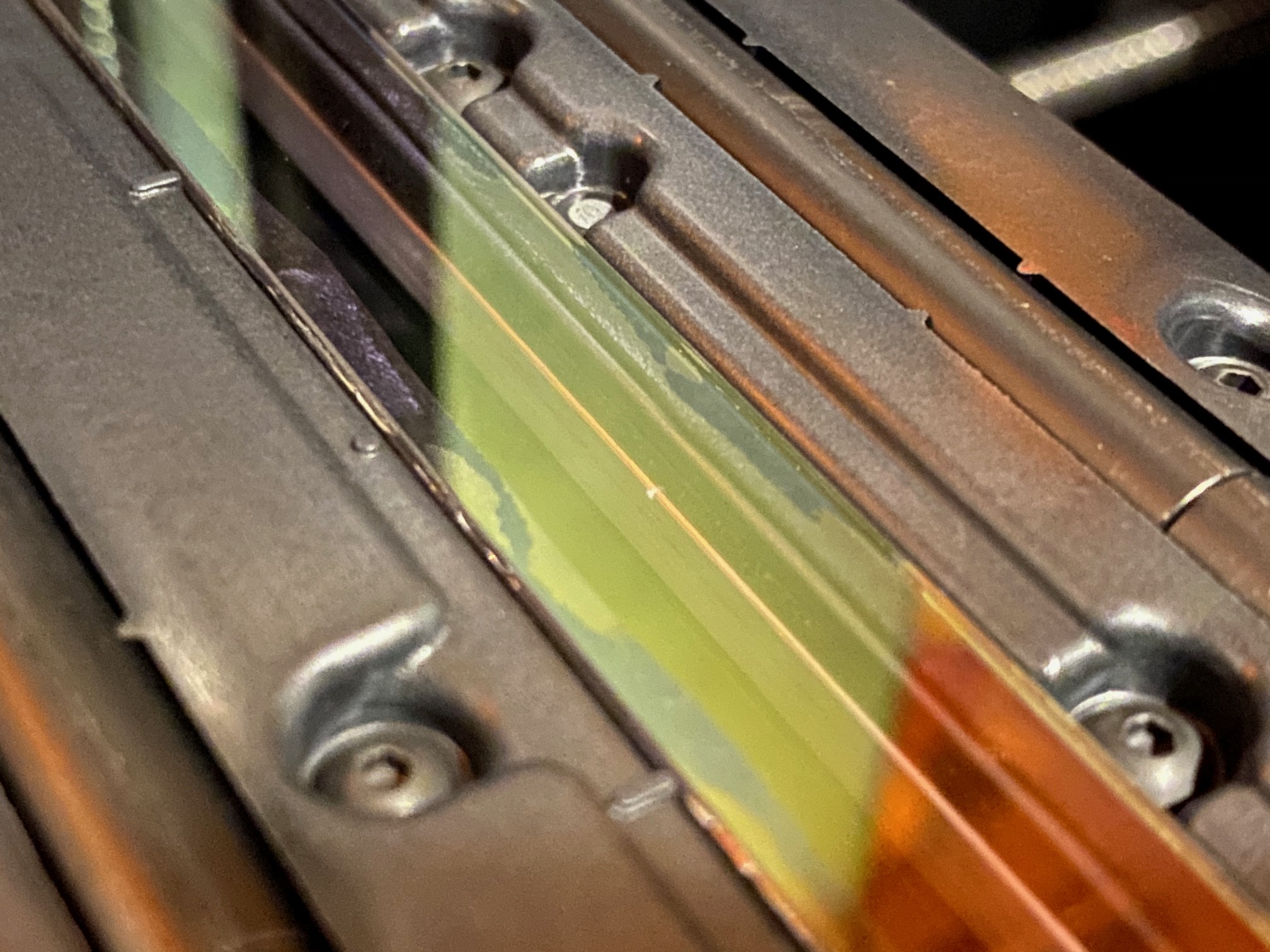 I’m fairly sure it’s been there straight from the factory.
I’ve got no idea what to do about it.

Little help here Formlabs?
Should i contact support or is there some kind of a user-side window removal / cleaning procedure?

Got the same thought yesterday. I inserted a new tank, was looking how the LPU moved back and forth and suddenly there were scratches in the direction the LPU is moving(the scratches appeared in the white film).

Don’t suppose it’s possible to get into the LPU to clean it without voiding warranty? Do they have instructions for doing so, or for cleaning the rollers?

Rollers you can clean with a q-tip fairly safely.
It’s the lint inside the LPU window that’s driving me nuts.

The problem with the LFS approach used by Form 3 is that any debris on the window will result in artifacts in the print spread across the whole X axis of the printed object, unlike with Form 2 where it will be localized and can also be easily avoided by printing elsewhere on the print volume cross-section.

Great point ! A draw back from the new LPU. Better make sure there flawless formlabs!

Contacted the support, sent them the photos above and link to this thread.

Got asked to provide photos of prints showing the effect, which i find kind of silly, but complied anyways. I guess they wanted confirmation that the piece of lint really is in the optical path - but what if it weren’t, what’s to guarantee it won’t move?

We’ll see where things go from there.

I wonder if i could dislodge it with a Zerostat gun from the outside.

I had to replace the cable to the LPU. Support sent me a 18 page set of instructions
to remove the LPU. It is about a 2 hr job.

Once you remove the LPU, you may find the dust is not inside the LPU but inside
the frame that holds the LPU and you may be able to clean it.

The dust is on the (outer) window sitting above the optics.

In any case, i received a guide today from support, outligning in very detailed steps (nothing complicated, just very very descriptive, with step by step photos) how to remove just the top cover so i can blow off the dust. Going to do that as soon as i find some down time.

Removed the roller holder (the part that contains the rollers and the exit window of the LPU), blew out the dust speck, all is well now.

Still a bit worried about the debris i found on the rollers (that i’ve also cleaned off now).
Waiting for a reply from support on that.

On the brighter side of things…
A welcome change in Form 3 over Form 2, that i don’t think anyone mentioned (at least to my knowledge).

Empty cartridges are finally managed in a sensible way.

If a cartridge is empty, you’ll get a dispense error almost immediately (not after a dozen dispense attempts like on Form 2). If you then acknowledge the dispense error and choose to proceed (two separate dialogue boxes, for extra safety), it won’t bug you anymore at all, and thanks to the new resin level sensor, it won’t bog down the print with incessant “sensing resin” pauses either.