Do I really need supports?

My form2 just arrived this week, and the resin should be there when I get home.

I’ve been reading a lot about how parts should be angled, supported etc, but it seems a bit counter intuitive to me, and I was hoping someone who has actually used the printer could offer some thoughts. 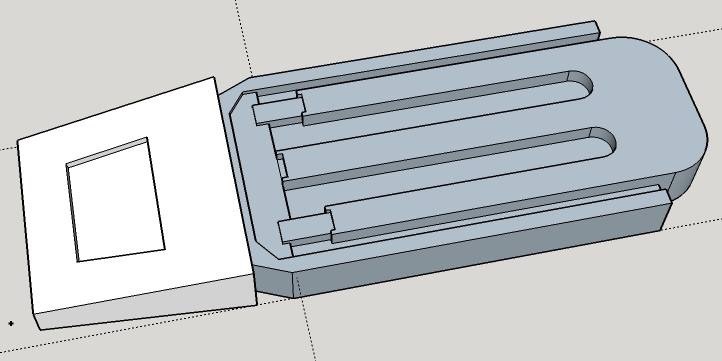 It is a bit under 3" long, around 3/8" thick at the thickest point, with a flat back. It seems as though printing it with the base set to the flat back should be the smart way to go, rather than having to clip off a ton of supports at the end.

Question 1: Do you think this would print flat, or does it really need to be angled
Question 2: Does it need a raft/supports underneath, or can it be printed right on the platform?

The resulting print is going to be molded/cast in urethane resin, so cleaning up the back isn’t terrible, but I’d love to be able to avoid trimming supports from the face if possible.

Would I run into peel force problems on such a small part?

The greater the surface contact with the PDMS layer the greater the force is required to remove it from that layer. In a perfect world you are correct printing in the orientation is preferred. Does not use supports as well as no wasted time in the Z print platform. But that will only work on a FDM or Polyjet type printer. the FormLabs SLA requires the peel process to removed the freshly printed parts from the PDSM layer of the tray so printing at an angle not only reduces the surface area but also the forces required to peel that layer. This helps the model from warping, reduces stress on the tank therefore increasing life of the tank, as well as reducing the risks of print failures. There are some that print directly to the platform but usually extremely small parts (10mm or less)

It’s something you can try, the Form2 has a different layer separation process than the Form1 which doesn’t have as much of an issue with objects that have a large surface area. It could still be an issue, but it might work just fine. I think I remember them testing a print without supports that was fairly large and it did just fine.
Another thing to consider is that if you have some shallow angled surfaces like the object on the left, you get fewer layers to build that surface so if you were to angle it it would end up smoother.