Different type of supports (point to point, trucated cones for rings base)

I have an earrings than need a lot of supports and I’m not sure if I can do it directly in Preform.

The piece doesn’t allow internal supports (generated by default), so I have to edit them. 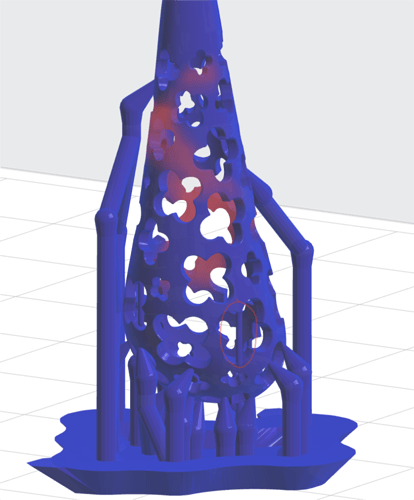 In some points the software generate a very thin support, but it is not possible to create this kind of support in other points
(I believe) .
I have created this supports in the past in other software (0.4mm wire) and it works good for jewelry pieces.

What do you think about a point to point support option?
Trucanted cones for the base of ring would be great to,
Would be great to set this kind of supports directly in preform.
Thank you!

It would be nice to have some more support options
But that part will need a support on almost all of those cutout shapes, there’s many points there that will not be supported. I would go back to the 3D file and add a very thin support on the inside of those shapes to support those points.

Yes, I did that, thank you, here is the printed model using 0,3mm wire. 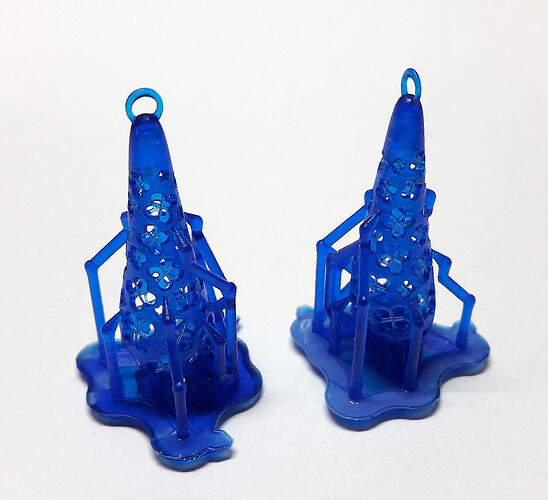 In my opinion would be easier to do in Preform because if you change the orientation of the model probably the supports done in my native app could not be useful and need to be changed. Doing in my app wasn’t fast. 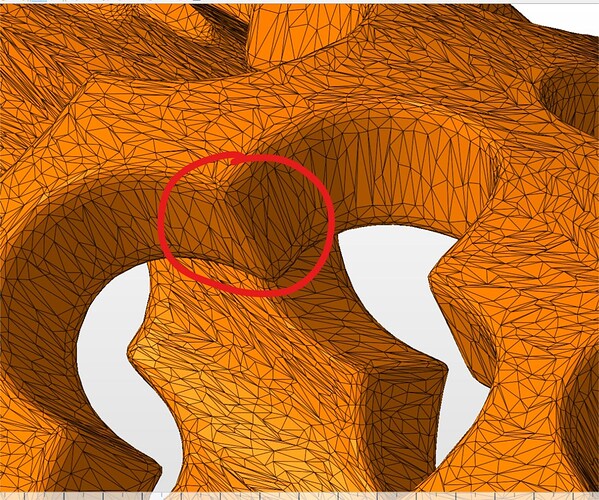 So preform said that It can’t put the supports sometimes.
Maybe if instead of using the exact vertex, Preform use any point on the surface of each triangle, remove the problem.

That message about not being able to place the support generally means that it had problem finding a good path from that point to the ground. It can be common in tight quarters like this. It’s really not very sensitive to the number of vertices.

Ohh, I understand. Thank you for the clarification

I had the same issue with a mandala pendant. These aren’t great photos, but the model printed beautifully. I added these tiny threads to any part hanging down because PreForm had missed those, and it printed perfectly. I think they were about 0.2mm, and were easily removed with an X-acto knife. I’m using ZBrush and started creating my own supports because of these details. PreForm would not attach to anything that small, even after trying several different orientations. 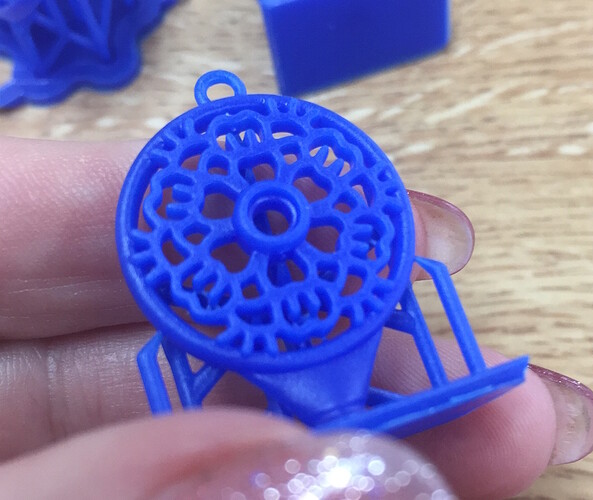 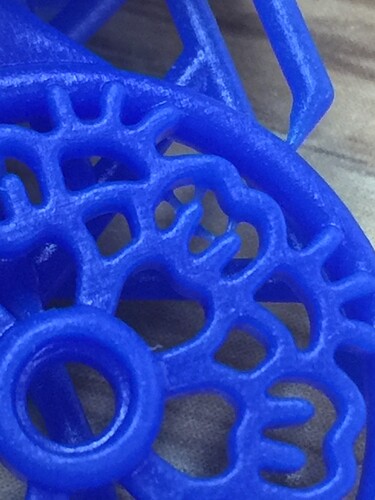