I’ll start with an apology for what will likely be a long post, but I want to try to answer as many of your questions up from as possible. I’ll also include plenty of photos.

We have searched the web and especially every forum entry we could find in search of the idea cure box to use with our FormLabs post-print curing process. There are lots of possibilities - some dirt cheap, some pretty pricey. But none seem ideal. For me, there are only a few significant criteria. They are (not necessarily in order of priority)…

I tried using the nail gel curing boxes, with and without a home built aluminum foil lined box. Worked OK, but not really convenient and no temperature control nor usable timer control. References to incubators sounded promising, but all were expensive unless you are doing a lot of commercial work.

Then I found a reference to a Dry-Heat Ultra Violet Sterilizer like is used in beauty salons and spas to disinfect combs and the like or to heat and sterilize towels. A quick search of Amazon and eBay turned up a lot to choose from, ranging from $70 U.S. to about $150 U.S. I finally settled on one from eBay that was about $73U.S, shipped from inside the U.S., had Temp Control up to 100 degrees C, and a timer that goes up to 60 minutes. Sounded perfect. 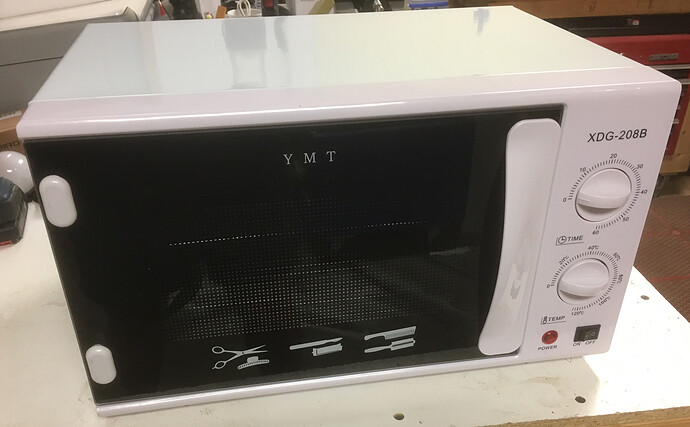 When it arrived a few days later, I was excited for the looks and the layout/design overall. That changed pretty fast when I turned it on. The UV light did come on, but the heat was nearly non-existent. I quickly emailed the seller (ships from US, but dealer in China). They tried to be helpful and even offered a replacement if I would send them a video if it NOT working. (Hard to prove a negative.) I decided it would likely be easier, faster, and better if I used what they had and found a way to fix it.

Opening up the back of the box, I found two issues. 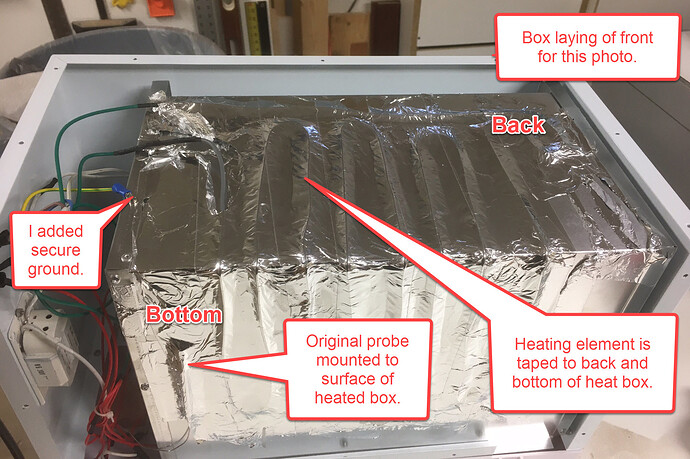 Cranking the thermostat to the max, did allow the temperature to come up inside the box, but it was going to be hit or miss on setting it, so I went in search of a better method of controlling it.

I found a nice digital temperature controller at Amazon that should do the trick and was only about $15 U.S. 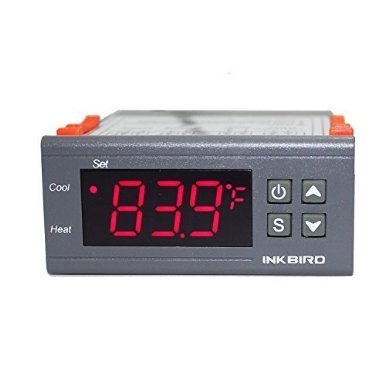 The instructions were not well done, but if you know anything about wiring or electronics, it is not too difficult to get up and running. A basic wiring diagram is printed right on the back of the device for reference.

I don’t have an image of the actual wiring that I used, but will try to draw it up in the next few days, if anyone is really interested.

I mounted it where the original controller was - after cutting away at the plastic to make room for it. I will probably make a nice mounting plate for it in the near future, but for now, it works fine. 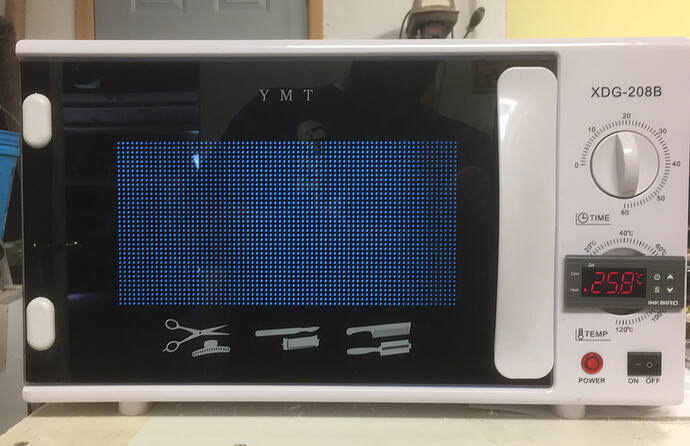 I mounted the probe (that came with the new controller) in the center of the top of the inner box, hoping to measure actual air temp instead of the box skin temp. 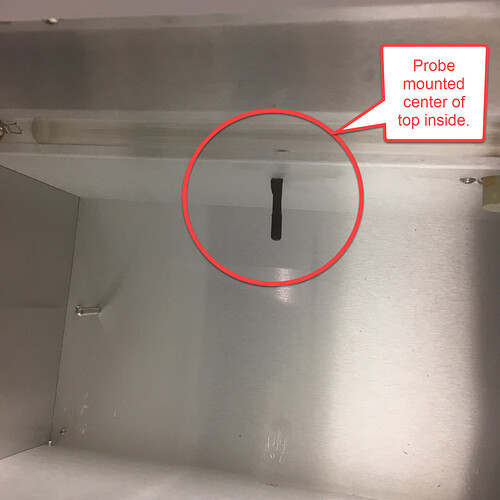 With this setup, it actually works quite well. I ran a piece of White V2 and cured for 60 minutes at 60 degrees C. The only spot that did not fully cure was one on the bottom of the print where it was not getting enough UV light during the cure.

Speaking of the UV Light. I asked the seller about it’s wavelength. He say it was 310…400nm. Of course that is not ideal for us, but it does work. I am searching for a replacement tube that is 405 nm but have not yet found it. If my search fails, I will use one of the 405nm bulbs from the nail gel curing box. I have three of the, and can mount a couple in the rear corners of the box.

The other thing I want to experiment with is mounting a mirror in the bottom and possibly on the sides to help with UV Light distribution.

I moved it into my work area and put it on a shelf above my workstation monitor. Beneath the monitor is the post-print cleaning station which I slide out for that process. 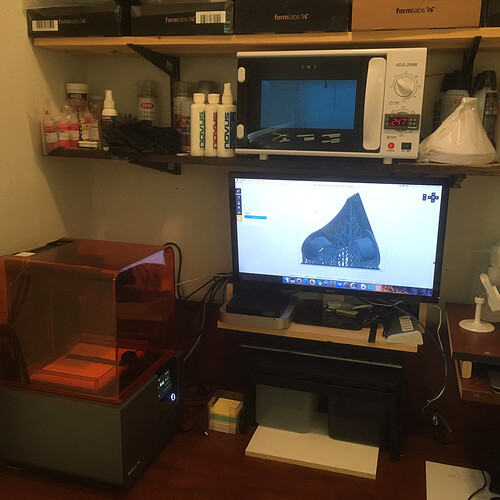 All in all, this setup works well for me, and when I get the UV light and distribution completed, I know I will have (for me) the ideal cure box.

I am definitely interested… I dont print for profit, i wish i did… Im just kind of a tinkerer hobbyist, but I still want to make quality pieces when I print

this would work well.
thanks for sharing

I will probably make a nice mounting plate for it in the near future, but for now, it works fine.

Actually, if I wanted to make it pretty, I would use my co2 laser to cut and engrave the faceplate, but that might be overkill.

BTW - I have been using it as is for two weeks now. It does n amazing job. Even without changing the light, I do 60 min at 60 degrees for white and 30 min at 45 degrees for tough and never have an issue. I do, however flip my parts over half way through. A mirror or two will fix that. I may try that this weekend.