Base Extended on Build Plate

Attached is an image showing how 7 parts were laid out in preform and an image of the final build (in flexible resin).
Anyone have any thoughts as to why the parts were not built individually as arranged in Preform, as opposed to being joined by one big slab of flexible material as shown on the build plate?

Thanks for the help. 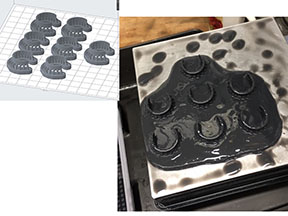 Thanks for shearing the results with us.

I had the same issue, a cleaning to the mirror and the Galvomirror is required. Please contact the support and they will guide you step by step including manual and free cleaning kit. That should do the work.

I had this issue also. I contacted support who advised cleaning the mirrors and optical window. Still having issues so they sent out a new mirror and window.

That doesn’t look like something caused by a dirty mirror, it looks as if it expanded the base massively. The actual objects look like they printed correctly which they wouldn’t if the mirror was dirty enough to cause that to the base.

I’d still go with an optical problem, since I think that’s more likely than a PreForm or Printer problem that is enlarging the laser instructions for the base layers. Sending the .form file to support might help resolve that question, or running the optics test print in Clear or Flexible.

Its quite simple actually, the laser beam is spreading out instead of been focused. All of this due to the dust placed on the mirrors.

Look at my print from and old post, same issue and it was completely resolved by cleaning the mirrors. 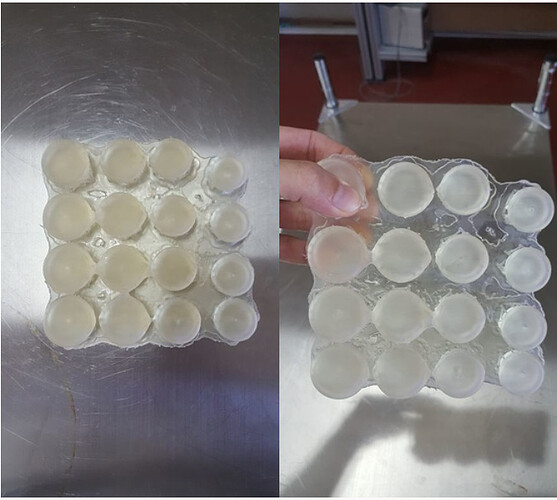 In his case though, the base is like 4x larger than it should be and the print itself doesn’t look effected. If the laser was simply being spread out across a larger surface than the exposure wouldn’t be changing and the base there would be cured much less. It just doesn’t look like it’s caused by something distorting the laser

I see what your saying but cleaning the mirror is not more then 30 minutes top. Its simple task to eliminate it. Surely worth a try, dont you think?

To me, the given pictures are too low in resolution for me to tell whether the rest of the print is affected beyond the base or not.

But, if it is some kind of weird intermittent software error in PreForm and/or the printer, that would be easy to test, by running some additional different prints - either all the same parts but re-arranged, or a different set of parts entirely. If it’s an optical problem, in addition to the spread-out base, the rest of the print would probably also exhibit reduced quality.

Yeah, it’s definitely a bit hard to tell from the small image, but there’s not much harm in trying to clean the mirrors and see if that helps.

Weird glitches can happen in things sometimes. I’ve had a different printer where one specific print would just skip a specific layer.