I am requesting that FormLabs create a resin that is capacitive touch screen compatible. It could be a little flexible, but probably closer to 90 to100 Shore A? This would be great for prototyping and custom projects. Thank you.

You mean conductive? That would be pretty sweet. I’m not sure what our materials team is cooking up in the lab, at the moment, but I’ll pass this on!

Conductive would be fantastic for me. As it would save me from spraying parts with silver ink before gold/silver/copper plating them

Hmm, a conductive resin would be cool. Although, I’d be curious to see how the existing ones could be put to use. Has anyone tried printing a circuit and using it as an etch mask on a PCB board? I don’t see why you couldn’t print a circuit, thick enough to withstand handling, and glue it on a PCB board to get your custom circuit. Although, there are ways to do this with just a regular inkjet or laser printer.

Not sure if it would stay in suspension during the print, or if it would interfere with the laser too much…but what about the chances of adding a silver powder to the resin to make it conductive? 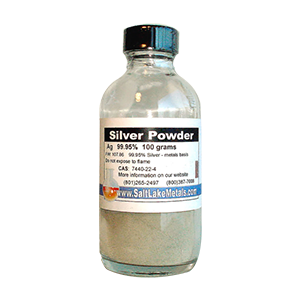 Just thinking outside the box

Actually something I didn’t think about earlier is a photoresist. Most of them work by using a negative and exposing them to UV light. Could it be possible to use a Form 1 to atch the pattern in either a dry or spray film applied to a PCB?

Maybe it is Conductive. Thought was to have a resin for creating parts that could be used with touch screens.
It would generally be a flexible material with enough carbon in it to create the 4-6mm diameter contact area needed for most touchscreen smartphones/tablets to register a “touch”. The proprietary resins I have found are for production, such as injection molding.
I think the other ideas suggested on this post for creating PCB circuits and stuff like that would be a different resin altogether.

This topic was automatically closed after 14 days. New replies are no longer allowed.