Has anyone else been experiencing a problem where it seems like the resin wasn’t fully cured in one or more areas of a print and after rinsing and it results in recessed and pealing holes? I’m noticing that some areas of the prints come out fairly clean and others are lumpy and seemingly uncured. Both models were built in Rhino. The bracelet model was saved out of Rhino as an STL and the ring was saved out of Rhino as an OBJ, imported into MeshLab and saved out as an STL. In Rhino both models have no naked or manifold edges and there were no errors in the Form print software. They were both printed with 50 micron layers. I’m also noticing that some parts of the print get strangely lumpy, but the surface doesn’t look like it would be from a defect in the geometry… The layer slices in the Form software follow the model perfectly and don’t seem to reflect the defects. Any ideas?

This problem looks just the same as another used is finding, see here . . .

How nice it would be if FormLabs could come in and help here on the forum.  These problems are putting me of the Form 1 all together and I bet I am not alone.  Mine is documented as due for dispatch this month and I would feel more comfortable with it resolved!

I would be surprised to find out the model or modeling software had anything to do with these problems. Then again, I haven’t even *seen* a Form1 in person.

Stab in the dark: is it possible there were some air bubbles in the resin?

Another: is it possible the resin tray or mirrors were dirty or smudged?

What was the weather like? Was it abnormally hot, cold, or humid wherever the printer was sitting?

Totally guessing: maybe the laser intensity is fluctuating? Was anyone running a hairdryer or beating cake batter while this was printing? - I’m sorta joking, but it seems possible a “power conditioner” or perhaps a UPS could help.

If I was having this problem I would personally try doing two identical prints and comparing the results.

So I believe I’ve solved the issue and it has to do with the model geometry as it’s converted into the STL file type from my modeling app (Rhino OSX) though I will print a different model using the same process to make sure.

In my experiments using MeshLab to check the model, I had been loading in OBJ files saved out from Rhino which didn’t give me any error messages when opened in MeshLab so I assumed that they were error free and ready to print. This time I saved out an STL from Rhino and then imported it into MeshLabs and it asked if I wanted to ‘unify duplicated vertexes’ I chose OK and then checked with the MeshLabs filters that there were no extra vertices or faces (both showed 0). I then re-saved the STL, imported it into the PreForm software and printed it again at the same 50 micron setting. The print this time came out flawless and actually much better than I had expected, especially for a ‘medium’ resolution setting. The small bits of deformation at the edge of the ring on the left are from the support structures, but I find that these sand off very easily. As for a scale reference, the orange grid on the matt is in 1" increments.

Nigel, thanks for referring the other posting showing the same issues, I’ll post a comment there regarding my findings.

Export an STL from your modeling app, import it into MeshLab, OK the repair dialog when opening if it comes up, re-save the STL file and open in the PreForm software to print. MeshLab has a range of filters for cleaning and repairing meshes that you might play around with if you’re still experiencing these issues.

Maxim mentions in this post http://support.formlabs.com/entries/23992961-First-print-first-impressions that these defects (he’s referring to a strange layer shifting effect) are related to artifacts in the geometry and that they’re working on dealing with these geometry defects in upcoming PreForm builds. I also noticed in my initial prints that the support structures didn’t print clean either. Some supports looked weak and others had shifted mid way as though they were cut and moved at an angle. The models also had raised areas on the surface perfectly in line with some of the supports as though the support continued all the way through the model. After cleaning up the geometry in MeshLab however all of this disappeared and both the model and the supports printed perfectly.

Considering all the things that could go wrong in producing a print, I have to say that I’m INCREDIBLY impressed with the Form1 as a first product. Not only is the build quality insane, but to bring a precision product together with easy to use print software and a resin formulated to the machine is nothing short of impressive. Given the teams talent and dedication, I can only imagine that the experience will get better with time.

I initially wanted a printer I could use to refine my jewelry designs with before sending out a final file to be printed at a casting company, but instead I got a machine that will allow me to print the final forms to create the molds from at a resolution that looks like it will be indistinguishable from the Perfactory machines my casting company is using, especially after a little light sanding. A high-res print of a cuff bracelet at a casting company can cost anywhere from $500 - $1000 as they tend to charge by the hour for print time. At that rate, the printer practically pays for itself out of the box.

Hirudin, in celebration of the latest clean print, I’m going to have my wife make a cake while I do the next test. I’ll let you know how it comes out

Oh, I should also mention that I didn’t change any of the default settings for the support structure in the PreForm software. I imported it, auto oriented it, had it generate supports and then printed it.

Travis, I am grateful for you sharing the detail of your experience getting the Form1 optimised for your needs.  It sounds like there will be a few more stories how to go from different CAD packages to the PreForm software for best results.  I suppose it’s like any technology that is new to us we all have to learn how to drive it without a detailed manual . . . . because there isn’t one!   That’s the penalty of the beast I suppose.

I am looking forward to receiving my printer again

I’m glad you got it sorted out! Enjoy the cake!

Your test print looks good. Are you intending to create a rubber mold of the bracelet, or is it going to direct casting?

Have you any experience creating a rubber mold from this resin?

A friend who is a PhD chemist, and actually works on UV resin for a major manufacturer, says my problem is one of two things:

My models are all taken from AutoCad solids I created myself. Just to check myself, I also printed something from Thingiverse. Same result.

My objects are being made for resin model casting, so I will be interested in discovering how the rubber molds work for everybody else and will share my results.

I was wondering is there any new projects you are willing to share with us? It looks really interresting.

How do you find using the form1 for jewelry?

I would love to see more samples!

I have printed forms for creating silicon molds which work great.
I have created molds from these forms for casting resin and pewter figures. 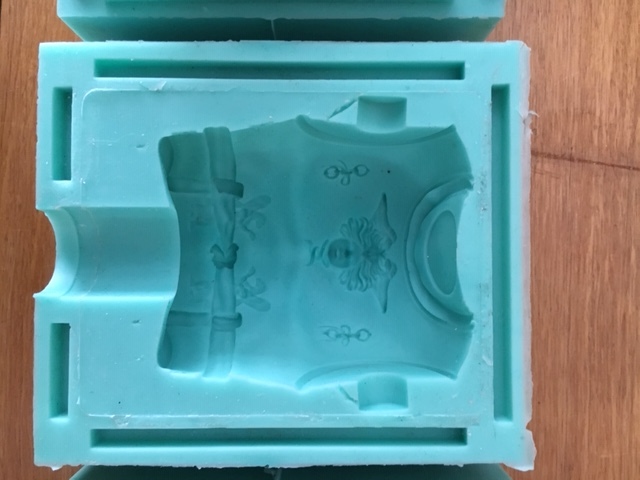 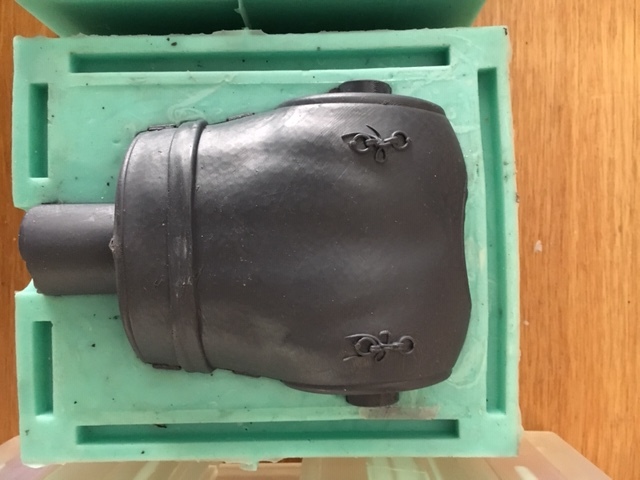 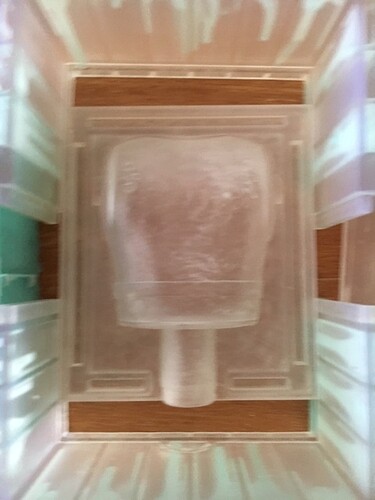 Totally guessing: perhaps the laser depth is fluctuating? Was all of us going for walks a hairdryer or beating cake batter while this was printing? - I’m sorta joking, but it seems possible a “strength conditioner” or possibly a UPS may want to assist.