Just wondering if anyone else had this issue as I can’t figure out why this has suddenly happened.

The resin tank has had about half a cartridge of FL greyv3 so not a great deal of use. All seemed fine until today I noticed an air bubble underneath the pdms during a print (I thought it was cured resin stuck to the bottom at first)

After the print finished, I removed the tank and saw resin had leaked onto the tank mount of the printer. After emptying the tank I could see resin underneath the pdms around an air pocket between the pdms and the window. I have taken good care of the tank and have only ever used a plastic sticker scraper very gently to scrape off excess resin so I am not sure why now the tank has failed. Has anyone else had the PDMS layer fail like this after little use? 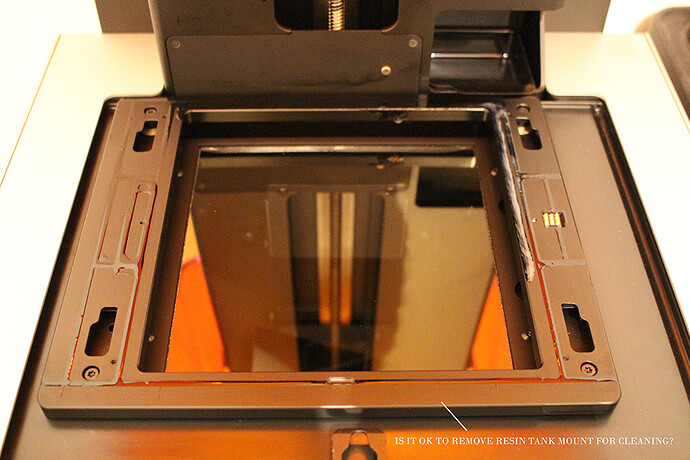 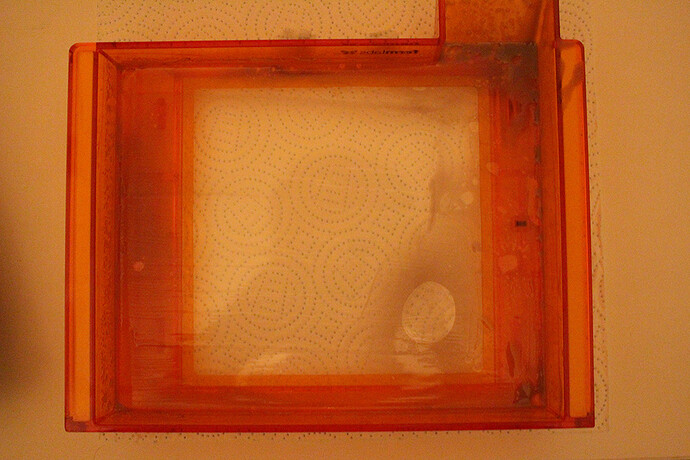 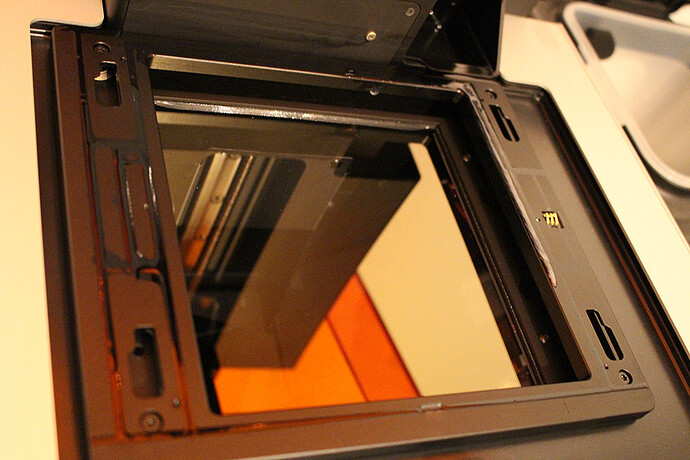 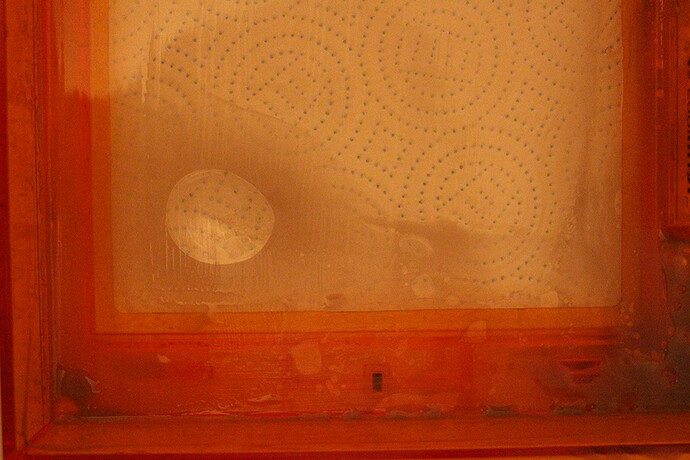 Yeah, i got air pockets all over under the PDMS recently (all of them at once), but no resin seeping out.

Reported it to support, they’ve sent a replacement.

I also had a tank do this (without the leaking).

For cleanup I would contact support. I’ll bet the mount for the tray is leveled and shouldn’t be moved.

I wouldn’t leave resin in the tank for an extended period of time. My hope is that the new tanks will eliminate this issue (just got one last week to try).

Got into the same trouble last week with White V4. Support said to keep reson outside of resin tank when not using the printer- even for few days only

Yup, got a similar response.
But for a crack that developed in the acrylic window.

Keeping the resin out of the tank sounds like a huge inconvenience. Pouring this stuff out into a container is a very messy and time consuming job for me. Also scooping the excess off the PDMS layer can damage it more which is why I empty the tank rarely only to filter out the resin. Isn’t the tank designed to hold the resin for long periods of time? Does the resin deteriorate the PDMS or something? I’ve had clear resin in a form 1 tank for a year and no leaks. I would rather just take the tank out and store it.

Also to add, I’ve had this tank in the machine since September and no leaks or anything. I hope the resin tank mount can be removed without affecting the balance or anything as there is still resin spilling out underneath. Need that machine clean!

Uncured resin is, in general, bad for a lot of plastics.
It makes it brittle.

I don’t think you need to care unless you’re going to keep it stored for more than, say, 3 months.
The tank that cracked for me was in a drawer for months and months.

The tank that got bubbles / PDMS delamination wasn’t due to resin, IMO, it was probably due to a manufacturing error combined with stronger than usual peel forces. It happened after printing a print with a very big base (about 75% of the platform surface, or thereabouts).

I leave all of my resins in the tank - just make sure to put the black plastic lid on top to prevent the ambient UV radiation from curing the resin. On the more pigmented resins make sure to stir it enough before a print.

I leave my resins in the tank for months at a time and haven’t had any issues.

Yeah I would think the tanks are designed to hold the resin for long periods of time. Also the Form 2 tanks are made of much better plastic than Form 1. Though as the plastic seems fine with no cracks or signs of erosion it seems more of an issue with the PDMS somehow coming lose at the edges at some point and letting resin in. I still can’t explain what is going on here with the air pocket and surrounding resin. Where the resin is does this mean the PDMS has come unstuck from the window? Though what is the air pocket?

The resins can swell the PDMS over time. This can cause adhesion issues with the plastic. My opinion is that the new resin formulations are more aggressive than the old ones.

Resin under the PDMS is from the edges. Air is either from an edge or from the leaky glue joint in the clear window (also leaks resin out bottom of tank.

If the new fancy tanks prevent this I’ll eventually switch entirely over.

Unhappy to report that Ihad the same problem happening with the Dental SG resin. The cartridge was opened in October 2017 and I’ve printed only a few small things since then (avg. 25 ml per print). Today I noticed a resin leak “footprint” under the tank in its box. I remove the tank to use the gray or clear resins and i keep it covered with its black lid inside its box. As others mentioned, there were some bubbles on the front edge of the pdms layer. It is not a large leak but I am worried it may seep onto the mirrors. Would this be covered by Formlabs? our printer is not yet a year old. 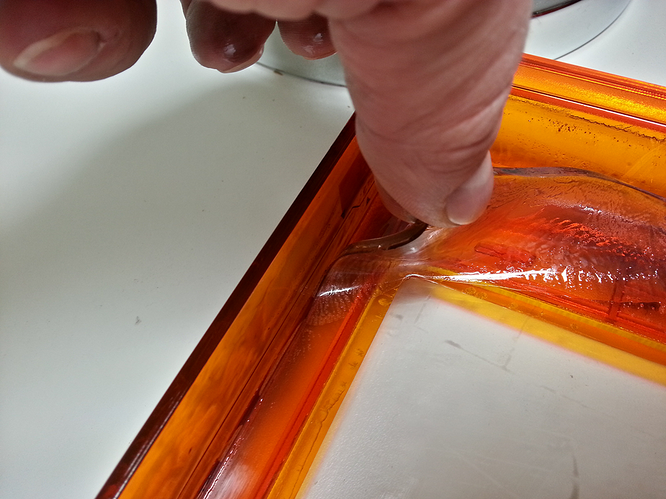 Formlabs replaced my tank which is great. I’m wondering what would suddenly cause this leak and thinking if there are air pockets underneath which is a sign it is not properly fixed in areas then maybe something like the force of removing pancaked flat prints from the PDMS may aggravate a weak PDMS fixture enough to create a tiny opening.

I’m also giving away the tank if anyone wants to pick it up from central London or can pay for postage to get it sent. All it needs is a PDMS silicone kit to replace the silicone. I really don’t want to throw it in the bin as that’s pretty bad for the environment if all it needs is pdms