Hi everyone,
So I’m currently processing a print job for someone and I keep having issues with the model failing half way through the job. See attached picture. 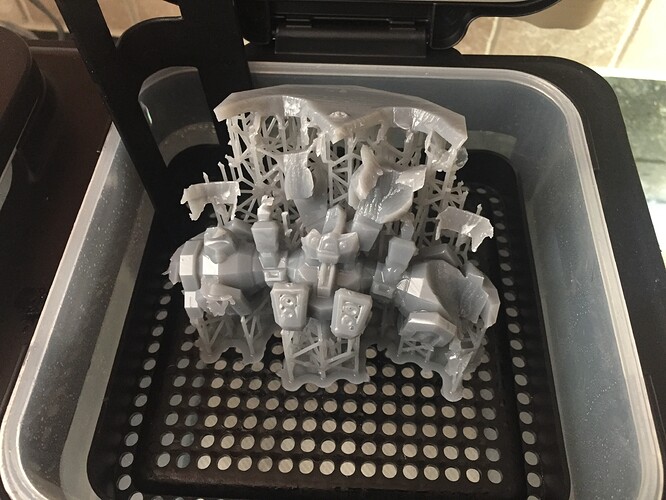 As you can see, it seems like the resin is cracking or not fully solidifying at various levels. I’ve checked my tank PDM and appears to be fine. I’ve even scrape it clear of any debris before each print.

Initially I fixed some internal gaps that I thought were a contributing. I’ve also tried different print orientations, all of which have produced similar results. I’m starting to think that it may be a printer issue.

Any help would be appreciated. Thanks!

Are you able to share a form file of the part? Upon first glance at this photo, it appears that there are some unsupported minima, but it’s hard to say for sure. Have you used the slice slider on the right of PreForm to inspect the layers?

I’m currently at work right now but will share the file when I get home later today.

Due to the nature of the model, there’s numerous features that may/may not be sufficiently supported, hence the attempt to print at different orientations (face down, standing up, angle, etc).

This video by Mold3D demonstrates how to use the slicing tool. For complex parts like this one, I recommend going through each layer to make sure all overhands and minima are supported.

Attached are two preform files with different print orientations that I have tried.

I’ll take a look at the video you noted and see if it helps out with my situation. Thanks!

Thanks for the form files. It does look like the support generation missed some unsupported minimas. For example, in the first one, if I set the slicer to layer 820, I see this: 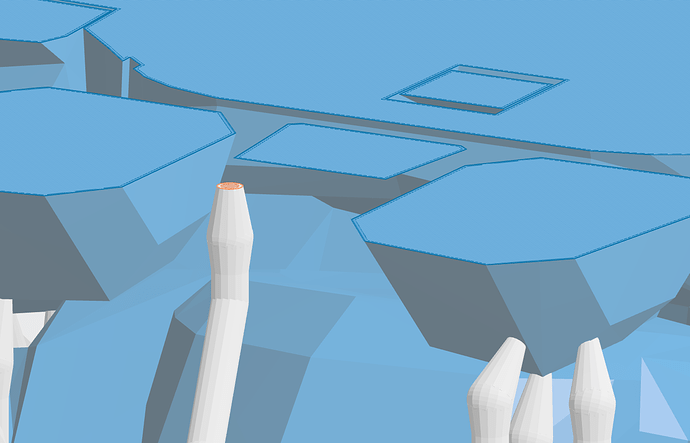 Notice that rectangle to the upper right of the support tip. That’s the bottom of a piece that’s angled up and to the left. The support tip needs to be at the lowest point, but it’s not. It missed by a couple of layers. That means that when the first couple of layers of that minima were printed, they didn’t have anything holding them. When that happens, they stick to the bottom of the tank and cause all kinds of trouble.

We’ll look into why the support missed its mark and see if we can fix it, but that probably is what caused the printing problem. As Craig said, using the slicer to double check that the minimas are supported is a good idea.

Sometimes with complex parts to get good results you might have to figure out a way to split up the part so that each part can be printed in the best way and then assemble them afterwards. It can get complicated that way, but there’s ways to redesign something so that you can get the best print results.

That may be a good idea with this one. If you zoom in on some of the minimas (like the one I highlighted) you’ll see that they’re in pretty crowded areas. Sometimes it’s hard for the supports to sneak in to crowded areas without bumping into things. That may be what caused the problem in this case.

Breaking a complex part up can make it easy to get supports in where they need to go.

I completely agree. This is my first experience handling a fairly complex print model though so I wasn’t quite sure of how difficult it would be. Knowing now how it is though along with the tips given, I will definitely proceed with more precaution and consider offering suggestions from a practical standpoint.