Preform - ability to generate base only, no supports

Reason: Some of my models are built with supports that are also pouring sprues (for casting).

I’d like to be able to generate a base that has enough surface area to support the model, but moves the model to 0mm above base.

Just using the supports I’ve generated would make for faster cleanup (at the possible expense of failed prints) yet still allow the use of the generated base for easy removal from the build platform.

Um, if you’re already making the supports, why not make the base too and just print it directly on the platform?

Yeah, design the model with the sprues reaching down to a base (chamfer the edges so you can get underneath it to pry it off).

Print the model without PreForm supports, directly on the build plate. Remove. Insert in sand. Do your Pour.

If, for example, you wanted to cast a cube, you might print this… 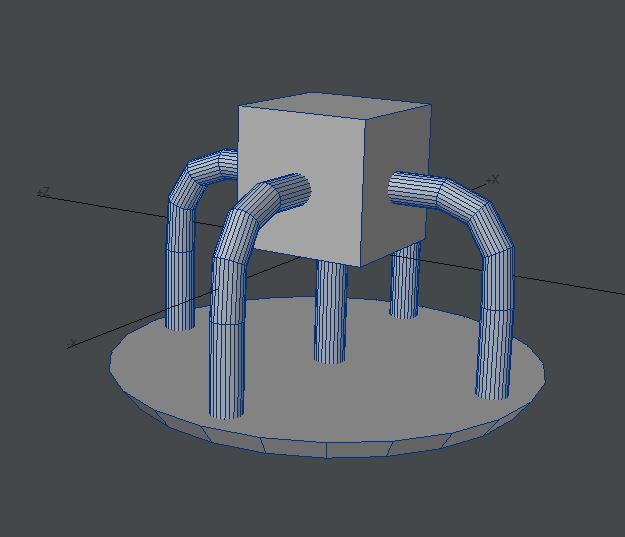 Yes, I could do that - the sw I’m using will generate a base easily enough (albeit without the chamfer).

However… If I decide that a print needed more support on e.g. prongs, it’s quicker and easier to add a support in manually in Preform rather than do it in the CAD sw, export again as STL, test the mesh is watertight and then import into Preform. More efficient workflow.

That, and different printers need different support structures - if the same model is to be printed with a Solidscape then the pouring sprue is still wanted, but not the base or additional supports.

This is actually a subject I’m pretty interested in. I have some castable resin, and a friend who has a forge and casts Silver all the time. I’ve been talking to him about trying some experiments. Sounds like you have more experience in this area than I do (I really have none).

The supports generated for printing by definition need to taper to fairly small points. Are they even suitable as sprues? If you had “real” sprues, do you care if the supports are there when you make the mold?

I don’t see any way to get around the challenge presented by different printers. I do have some decent experience in this area, and in my experience it’s rare that a model will print identically on all printers without “intervention”. Model orientation often matters, for example.

The sprues are massive in comparison with the touch points (3mm diameter round, for example) - they’re there to help the caster sprue up the model but aren’t critical to the model itself (although they’re positioned on the easiest point for me to clean off). Doesn’t preclude the model needing additional sprueing of course, nor does it mean the model will print as-is on everything. If it were being sent to a DMLS system it wouldn’t need the sprue either…