i have an easy addition for the Form 1 and 2 that would expand its usability to a new area. The Form 1 and 2 both have high precision uv laser and mirror systems which are ideal for fine structures. A different resin tank design for pcb holding and a software update which would allow to read black and white images and convert them to printer instructions. With that it should even be possible to easily manufacture 2 layer pcbs.
This would make pcb designing mich easier and faster for the etching is one of the hardest parts.

I would be interested. With the sealed optics in the form2, there may be no need for a pcb holder. You may be able to just place the coated board right on the glass, but I’m not sure if the laser would be in focus. You would obviously have to trick it into thinking there was a tank in place too.

Make a 1-layer STL file and start the printer in open-mode. No tank required.

The holder would help on dual layer pcbs to allign both sides correctly. And i think it would make it a little simpler

But its true a one layer stl might work to.
I will consider it.

I believe with the OpenFL API, this is sort of already possible but only for the Form 1. We would just need a PCB holder to be sure it doesn’t move during the process.

If you haven’t checked it out yet: https://github.com/Formlabs/OpenFL

Do you know if the laser is the right wattage and wavelength for what you need?

Good Point.
I just checked. The wavelength of the laser is a little long. I read you should get below 400nm (350 optimal) and the form 2 has 405 nm. I think it will still work with longer exposure. Maybe thats even better to get clearer lines.

As someone who still irons laser prints onto his PCBs, I will follow this thread with interest. Theoretically you could just plop the PCB into a clean tray, contacting the surface of the PDMS - already the laser’s intended focal point. And the PDMS may be tacky enough to hold the PCB in place as is, like those silicone pads that hold cellphones onto car dashboards.

I made some experiments. Those are the results for a 0.1 extruded pcb with 0.025 layer height. A negative pcb was used meaning black is where the laser didn’t hit.
It is clearly visible that it is working but the laser is to wide. I think it might be either a result of the multiple exposure or a to strong laser. I will make additional tests with smaller models (0.025 mm extrusion)
Furthermore the laser might not have been focused. For this experiment i removed the resin tank and taped the pcb to the building platform. The pcb has a hight of 1.6mm. This might be enough to defocus the laser a little.
i made one positive and one negative to see the different results. The spiral was 300µm pcb width and 300µm aura. 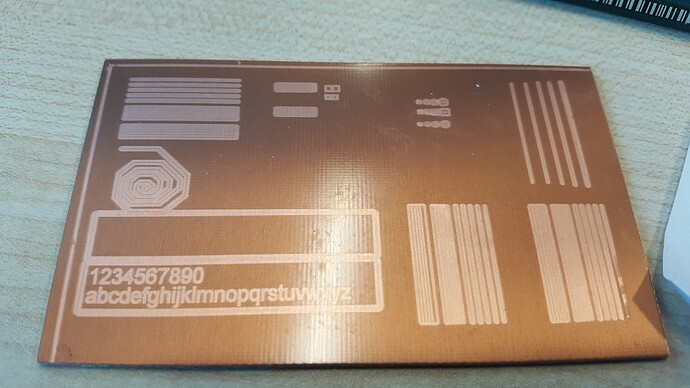 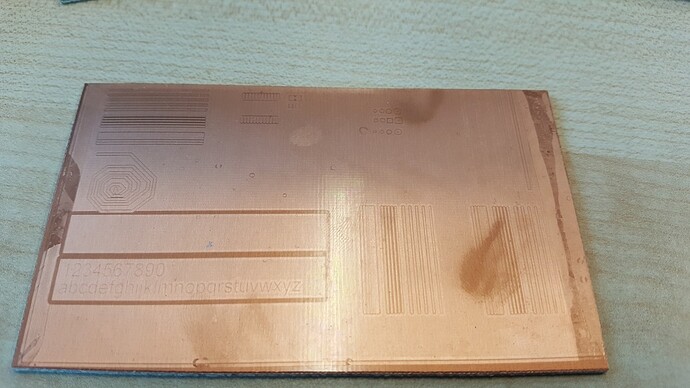 given the optics at play I would guess the PCB has to be at the exact height of the top of the PDMS window on the resin trays otherwise the laser spot size will be much greater than the 140µm specification.

It would be fantastice if formlabs could make this a built in feature of the printer and sell PCB holder trays. It would make the form 2 a rapid prototyping powerhouse. (not that it isn’t already).

To correctly test that i would need to know whats the initial height of the building platform from the tank bottom.

I made another experiment. I printed rings on plates with different thickness making the printer go 1 to 4 times over every print. The model looked a little like that 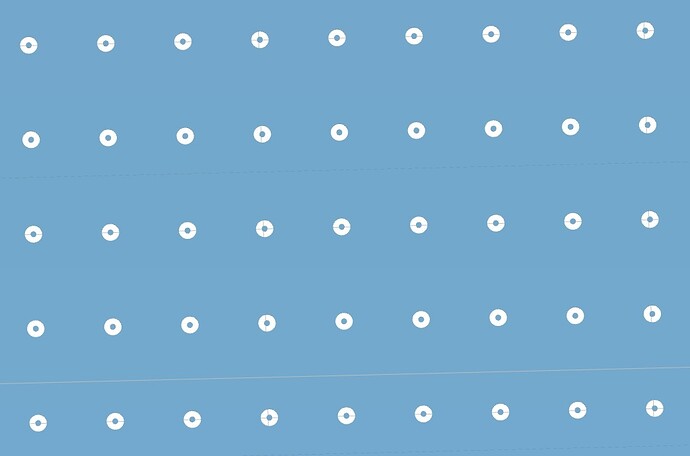 The result was this 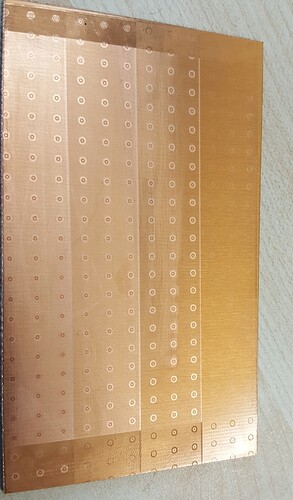 The brighter the more times the laser went over it. As you can clearly see the leftone was lasered the most. the ring is far smaller then it should be. The one on the right was to little laser energy with only one time lasered. The Best result was the two time lasering directly left the one timer. The contrast is good but tthere is one big problem. While the ring itself is correct but the big areas are poorly lid. It seems the laser is focusing on edges while the rest gets only little laser light.

Is there a way to change that? Maybe other material settings? I currently used clear v2 at 0.025mm layer height.

I used Seeed Studio for PCB manufacturing . (My first experience getting PCBs.) It only took 1.5 weeks to get the boards (due to 3 holidays for them). Very high quality PCBs and very good personal customer service

I would look into a PCB holder in which case my friend. I wouldnt recommend ironing laser prints onto PCB’s either

.
As for king’s thoughts on one form 2 becoming a prototyping center I think it’s already heading that way just because we’re able to get more rapid prototyping that’s a lot more accurate. work the kinks. adjust adjust and by time you go into product you’re golden. Need a strong PCB product design and development team

Thanks for your thread. Did you check this one yet https://www.wellpcb.com/ I hope this could be helpful for your proejct.