I have been tweaking some objects to get the supports configured just right. Now I want to print a few things from different .form files at one time but there is no option to merge. The open option will let you bring in multiple .obj and .stl files but not .form files. It would be really great if the open feature for .form files worked the same as the other types.

In other words unless you select “File/New” open would just keep merging files in to the currently open file even for .form files.

Or add a merge feature for at least merging .form files together but to be more consistent if there is a merge feature then that should be the way you bring in multiple .obj and .stl files as well and open would always clear out the current file before loading the next.

I think I prefer just extending the open that merges files to the .form file rather than adding the merge feature. That is unless the merge feature gets extended even more to let you pick individual models from the files being merged and stuff like that.

Yeah, I’m new to to 3D printing, and I’ve already found a need for this feature.

Sure it works. Open up one form file, onceit’s open, open up the next. It will ask you if you want to clear the models or merge 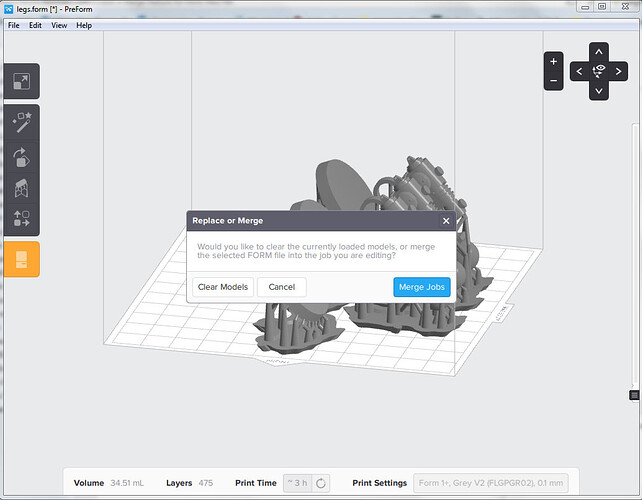 I think it was a problem 3 years ago.

Oh yeah… I didn’t even notice that was a 3 year old subject.