Hello,
probably you already know that Formlabs printers debuted on the movie’s scenes, but for who missed that: 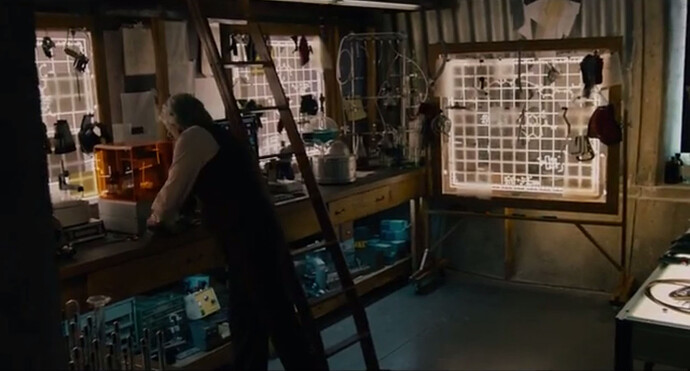 Wasn’t there an iron man movie with a Form 2?

A Form 1 was just in the opening sequence of Red Notice on Netflix. It’s fun, because it’s not just a prop, but showing a plot point and the machine actually printing properly. 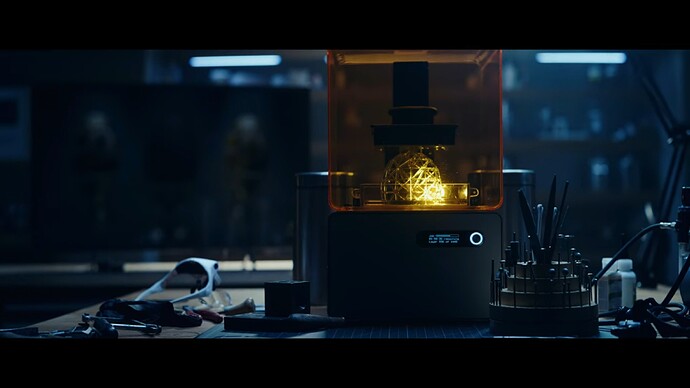 Ah, just dug up my favorite one. 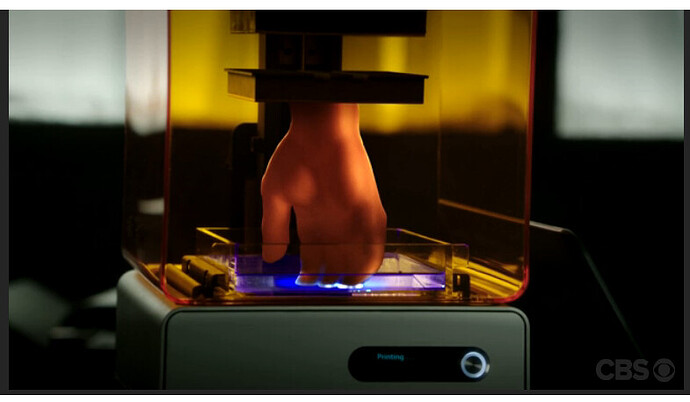 Hello,
who can recognize the machines that are in the background, at the right side, with a yellow glass? Look like 3D printers, but I can’t understand which models they are.

Thanks and best regards,
Mattia 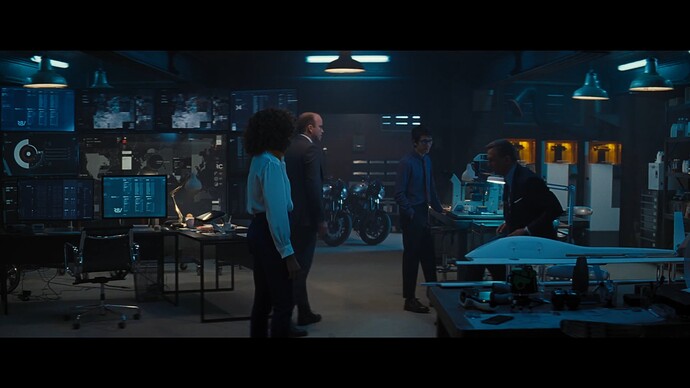 It’s not Iron Man, it’s from Avengers: Infinity War. The scene lasted barely 1.5 seconds, and it’s blurry, but you can clearly make out a Form 2

Many thanks! So Q (Ben Whishaw) have a second job as dental technician. Maybe the Secret Services don’t pay enough…
Mattia 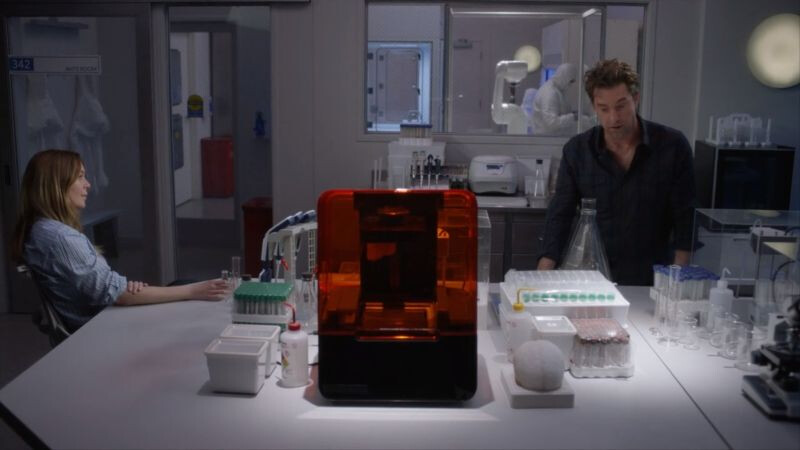 Thanks for sharing. Seems Formlabs machines are reciting more and more, great!
Next year I want to see a Form3 slapping a 3D System or DWS machine, live at Oscar party.
Regards,
Mattia 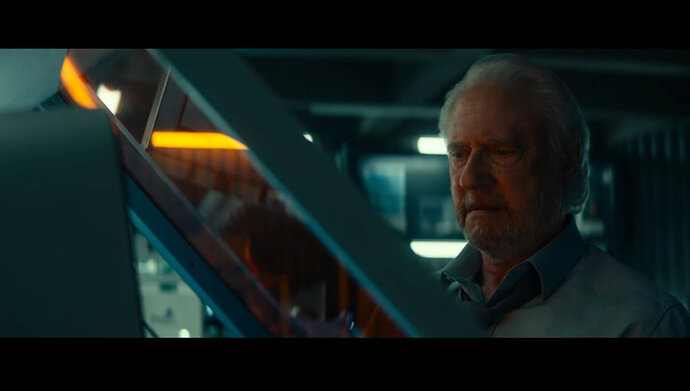 There is no full frame shot, but in the preceding shot shows the tank and the build platform inside the printer.

Hah! Thanks for sharing this, I’m watching that show and this episode is the next one up.

It was pretty bad haha.

Pulling out a grey V4 print in one go(that missed features) and the doctor immediately picked out a shiny metal card. 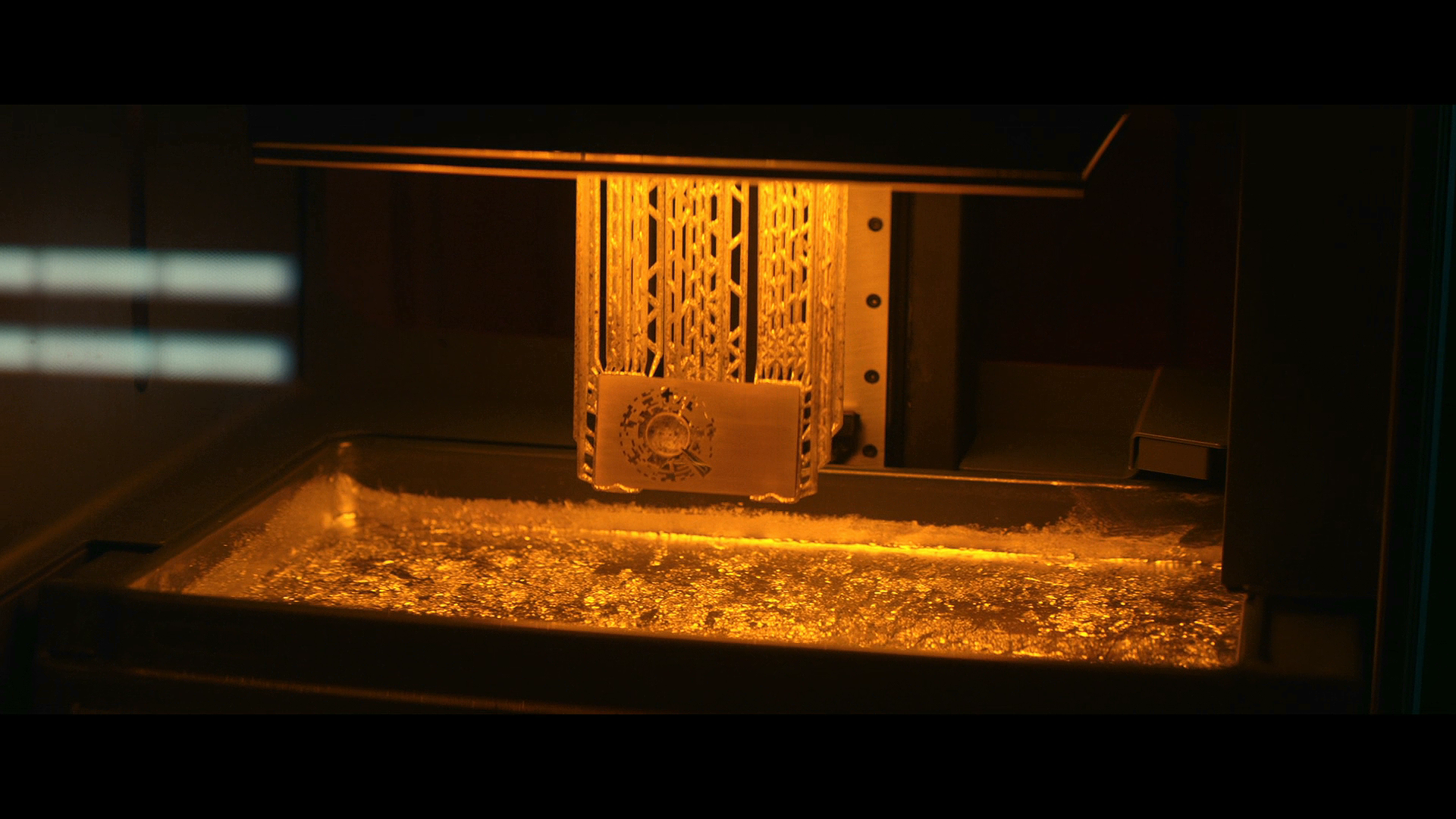 Yeah, gimme some of that magic self-cleaning metal resin.

Someone didn’t level their printer… the chassis shakes around like crazy when he opens the cover. 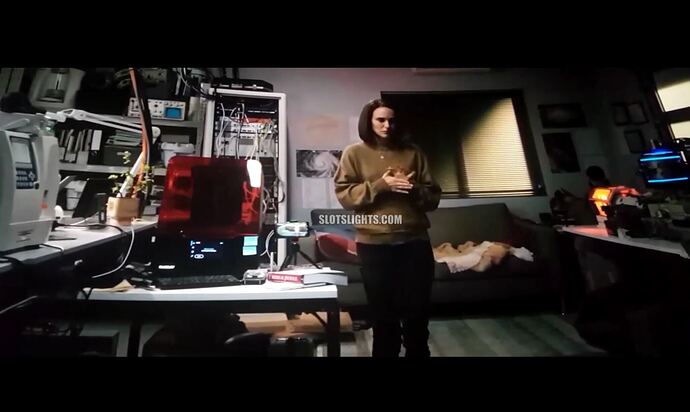