We’re working on a project where we’re using LEDs and want to print a part which it will diffuse the light. We’ve tried Durable and Clear resin, also sand the surface so it will diffuse better but no luck, you can actually see the LED there. Any suggestions? Should the LED be further from the diffused part or should I maybe try with White Resin? Anyone tried something similar?
Thanks in advance.

I assume you have opaque dividers between the LEDs. To eliminate the hot spot, move the LED further back from the front diffuser. If the LEDs are “bulb” type (vs. surface mount), sanding the face flat to eliminate the “lens” bubble at the end of the LED will also help.

You can also use a white resin (white or rigid 4K) and just make the wall thickness in that one spot thinner - this is pretty common on injection molded parts that don’t use light pipes.

That’s a cool idea. Make the back side of the diffuser pyramidal in shape with the LED positioned under the peak, the thickest part. I like that Idea a lot… Though a cone would probably be better.

Thanks for the ideas guys!
I have surface mount LEDs, and I thought of the same thing, to move the LED (or the diffuser slimmer) so it will be further from each other and we should have more diffusion of the light.
As well I will try the White resin and definitely with thin diffuser and cone diffuser.

Have a nice day, and thanks again!

I like @leonhart88’s suggestion. White makes a really nice natural diffuser and I’ve used it that way in the past by adjusting wall thicknesses. Have also played with a kind of pyramid pattern on one side of Durable: 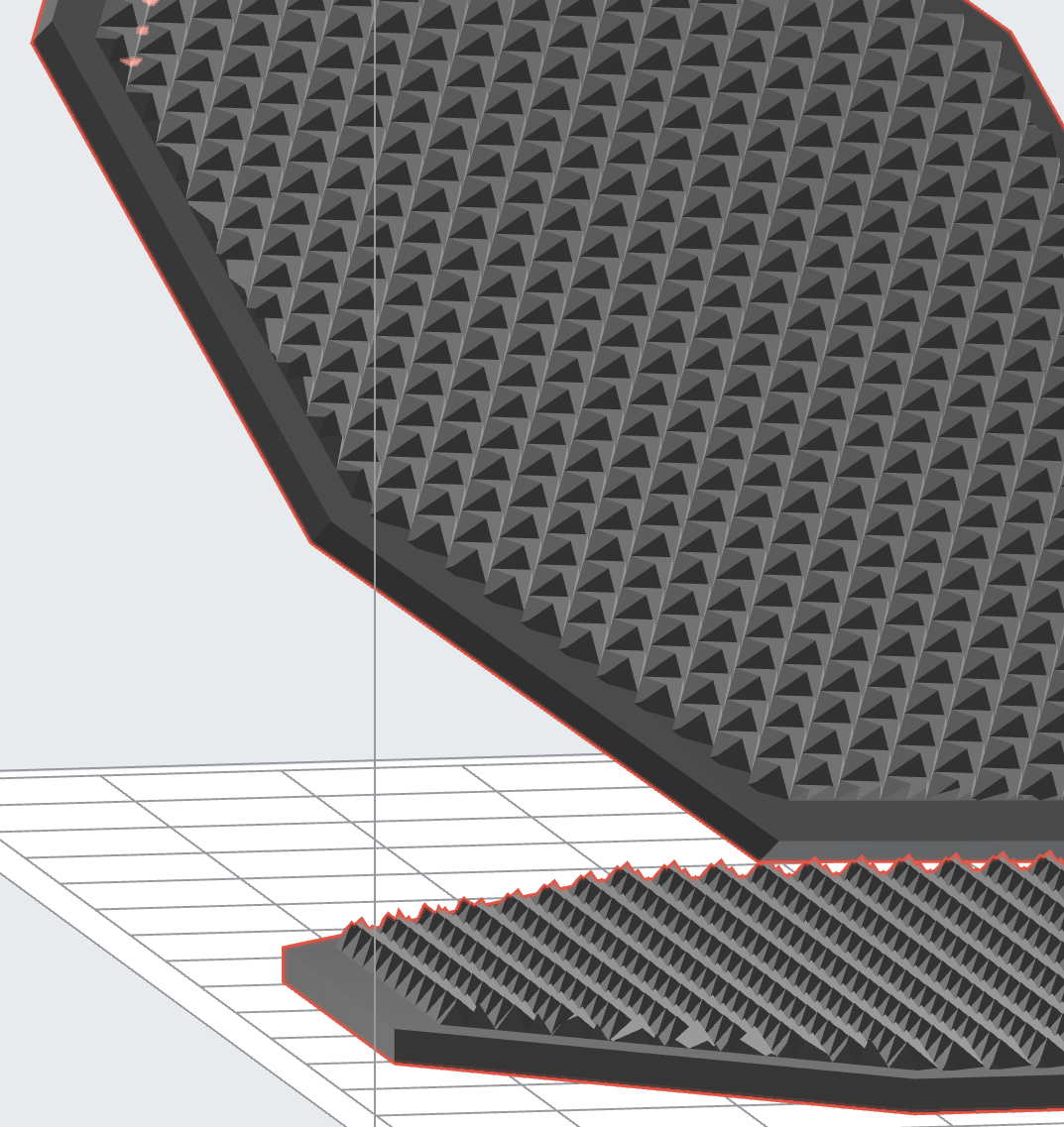 You’re on the right track with the sanding. I realize this isn’t truly 3D printing advice but many years ago I wanted a 1 1/2 inch diameter ball to emit light from an LED. I bought the clear ball from a local plastic store and sand blasted it to get that “sanded” look. With the LED, this one blinking several different colors, about 1/2 inch away from the ball, the results were quite stunning