Hey folks - I recently cleaned the mirror, window and galvos on my Form 2, as per the direction of Formlabs CS, due to my prints coming out with lines and the laser strength registering as lower than spec. Since then the laser strength and print quality have improved, but again not to spec and the lines persist.

Formlabs CS has suggested I have my printer replaced for $830. Unfortunately my one man studio can’t afford that ATM. Thus CS suggested I try the galvos again. I have to admit, I wasn’t sure if I did any good when cleaning them in the first place as they are hard to see and access, especially the one that lays horizontal.

I asked about removing the galvo block for easier access, but CS said that they do not support doing so, but of course I could if I wanted to.

I’m not sure where to go from here. Blindly wipe away at the galvos in hopes of improving my laser strength? Indeed remove the block for cleaning? It’s a bummer to have to spend $830 to replace my printer as I had hoped at some point to upgrade to the 3.

Has Support asked you to print this ?

If not you should do so, it’s a very good way to see if the optical surfaces are clean or not.

If the pillars loot like this it’s not good : 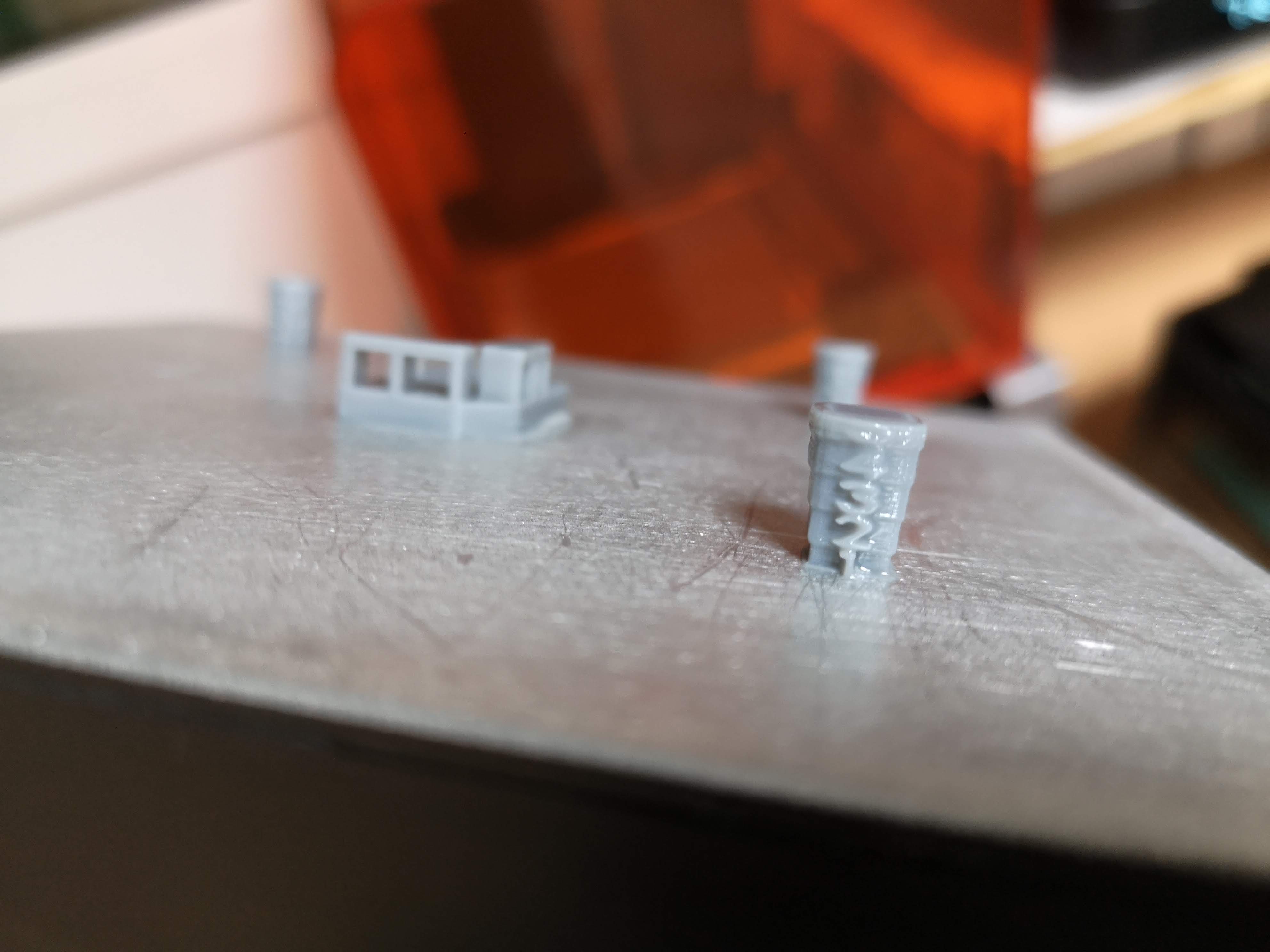 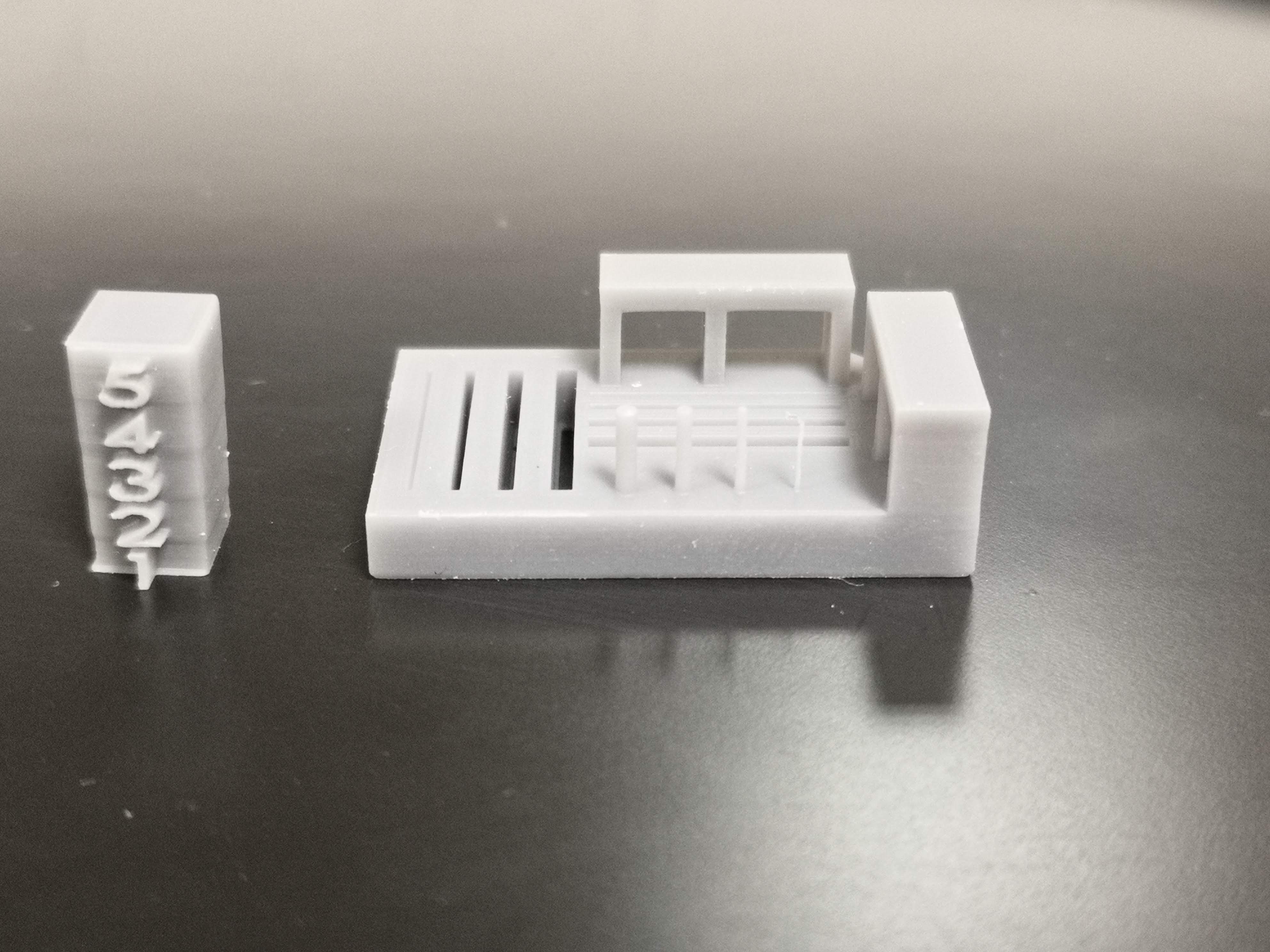 I would also recommend looking at this page for cleaning methods :
https://www.thorlabs.com/newgrouppage9.cfm?objectgroup_id=9025

In particular the “Drop and Drag Method” which is dead efficient. I have never had to remove the galvo blocks to clean my machines but it’s definitely more challenging.

I had to remove one of the galvo’s once. It is much easier to check the state of the mirrors and clean them, but it takes some work to get everything aligned again. I ended up letting the printer print a square with the size of 145x145mm and project the laser spot on a piece of paper. Then while wearing UV protective glasses, I could adjust the galvo position until everything was well centered again. FAR from optimal, but got the job done.

My pillars look good, though the numbers on one of them weren’t as defined on one edge. The print in the middle looked ok too, with the exception of the thinnest post, as it printed up is bent over into a loop.

CS liked the looks of my optics test but said that my laser was still registering under-powered.

Thanks for the cleaning method url. My main problem lies in literally accessing the galvos. I was neither able to get a good look, let alone get my swap in the right place. That said, I will likely try again.

Oof, that makes me nervous. Good save though.

I also had to remove my F2 galvos for cleaning because no way my catcher-mitt hands could access them while mounted. Some detailed scribing before removing them will go far when reinstalling. I still don’t suggest it for anyone with less than surgeon’s hands (or nerves), but I throw my name into the “did it and survived” ring to show that the F2 isn’t a box of indecipherable magic either.

Right on. Yeah, after cleaning mine, I am a lot less nervous about servicing it. That said I commend your bravery. Anything that requires re-calibrating makes my palms sweat.

I ended going back and cleaning the galvos again. This time I used magnifying glasses and a dental mirror. I was able to see that I hadn’t done a very good job the first time.

I also saw that I needed to clean a film off the interior portion of the window. When doing so I happened to notice some spots that I will wager are pits in the coating on the glass. I have messaged CS and may very well just replace the window.

I also saw that I needed to clean a film off the interior portion of the window. When doing so I happened to notice some spots that I will wager are pits in the coating on the glass. I have messaged CS and may very well just replace the window.

The pits may well be spots of cured resin, so it may be worthwhile scraping them with your thumbnail.