Print a hollow model can save material, time, and extend the life of the tray. It would be really convenient if the preform will be a function.to print model hollow . Without have to use external software

PreForm isn’t a geometry editor. Adding this capability would significantly increase the complexity of the software, it’d be a major feature change. And you can’t just hollow something out and expect it to print successfully. Orientation can be critical. Also, in some cases you may need to add “vents” to prevent a “blowout” during printing. And liquid resin will be captured inside the object when the final layer is printed, so you also may need to add drain holes or you won’t save as much resin as you think you might…

Great idea. That would be really useful.

Once the model has been sliced and rasterized, it could be easily hollowed out by using existing OpenCV functions.

I have used this method a while ago, but for different purposes.

The printing software for the Gizmo SLA DLP 3D printer has an auto hollow feature for solid models, so it has been done.

Most of the big models hase a base that they stend on.
I mean that the model will be hollow but not closed.
You will not need vent or any ather…
There is all ready printers that do that with there software.
This is saving rasin time and minimize the surface of the model on the Silicon. 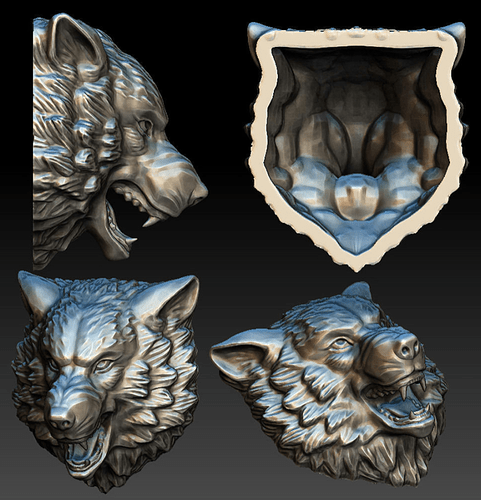 Just use Meshmixer. Preform isn’t supposed or required to do this anyways.

While the logic can get complex, it’s been done before. In particular, it strikes me that the OpenSCAD programming language could easily do this, so it’s be very easy for Preform to pass an STL into OpenSCAD to hollow it out and add a drain hole, and get the resulting hollow STL back, That’d be fun to write - perhaps I’ll take a shot at it.

But then you’re still using 3rd party software. While what you describe sounds like it’d be an interesting exercise, it’s not what the OP asked about…

That i know all ready.
But if you print file from 3d scanner or file you receive.
It is wasting time to do that with ather software