I just want to add to the discussion my experience with the Form Wash losing dangerous levels of IPA over weeks/months.

I bought the printer to try to accelerate my prototyping but quickly found out after the first month that i have serious allergic reactions to the resin, I have pretty much left the printer unused and prototyped through other means for nearly an entire year. I didn’t want to empty it as the effort to empty and refill every 2 weeks was super annoying, I Imagined I would need to use the machine at some point.

The form wash lost about half of the entire tank in 5 months. that’s almost 4 liters of IPA just lost to the air i breathe everyday.

The wash station sits in my office which doesn’t have great ventilation, at the 5 month mark, I started developing lung and throat issues and immediately suspected the form wash, I emptied it all out and over the next month the issues subsided.

I can accept the gloves and super cautious resin precaution, but the form wash NEEDs to be sealed.
For users that do many prints a week, FORMlabs might have justified that the loss of IPA is similar to an active user. but for those of us that print once a month, i have to go out and by new IPA bottles every-time i want to print and having health issues along with a 8liter tank of flammable liquid beside your working space is just not safe.

I’m pretty frustrated that there isn’t a redesign to this yet.

this was not helpful or relevant

It’s difficult to seal the Form Wash. If you put it in an air-tight container, IPA will still evaporate and you’ll have a pressurized vessel on your hands.

That said, your pressurized vessel will have significantly more liquid IPA in it than if you kept the form wash out in the open.

So far I have been resigned to the evaporation. In the future though, what I’ll do is pump all the IPA back into an air-tight barrel – I purchase my IPA in 20L barrels so I have a few old ones lying around. So if I’m not doing any printing over a month, I can avoid most of the evaporation problem.

I’ve found a simple 12V water pump (available on Amazon for around $20USD) can empty the Form Wash pretty quickly. It’s also handy to filter the IPA for residue from past prints.

I think some users have migrated to alternative wash techniques. I prewash with Simple Green. People also use Mr. Clean and other substances. A couple years ago there was a good discussion on TPM (Tripopylene Glycol Methyl Ether). All these options evaporate less rapidly than IPA, so you have far less of an odor problem.

I will empty my form-wash if I don’t plan to print for a week or more. I keep 3 one gallon glass containers to hold the used IPA which have a sealed lid. I was thinking about how it could be improved and maybe you could use a gas (nitrogen or other heavy gas) to seal the IPA from the atmosphere. That would also stop the IPA from absorbing moisture.

You could switch to TPM, which doesn’t evaporate very quickly at all.

i like the nitrogen gas idea, I use this product for sealing other products that are high in moisture do you think this would work here? 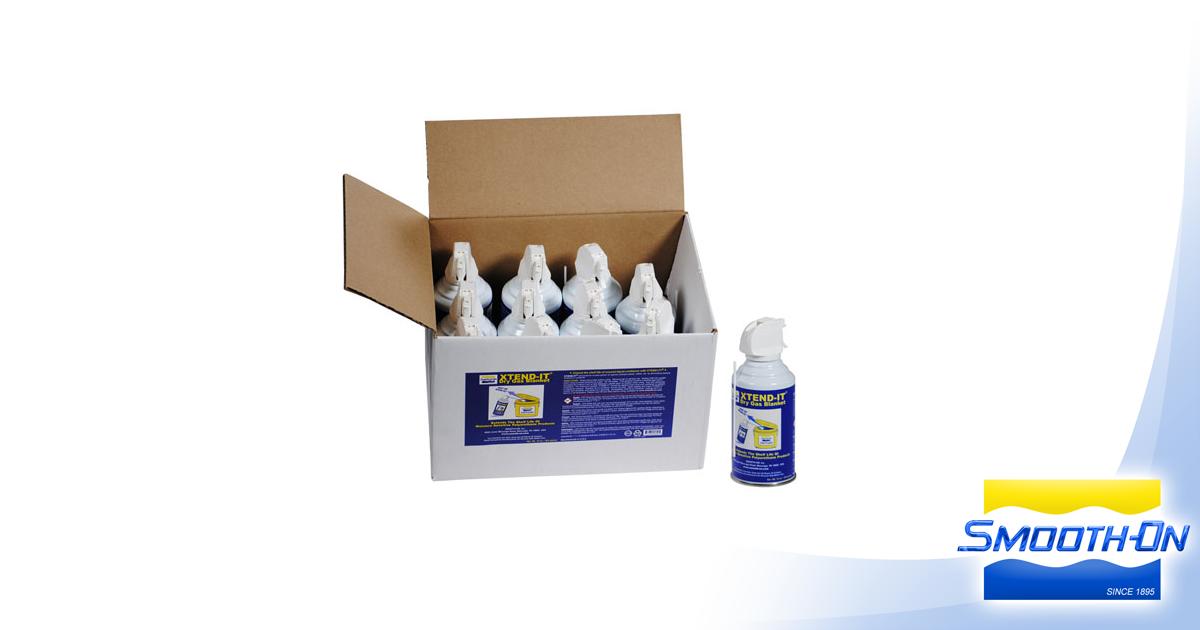 I don’t really know if a “gas blanket” would prevent IPA vapor from penetrating. I would guess you could try and see if you can smell the IPA. Another gas that may work is carbon dioxide.

If I remember my college chemistry correctly, the partial pressure of IPA is fixed for a given liquid IPA concentration. Adding another gas won’t change the steady-state IPA vapor concentration and the permeation rate through plastic will be a function of the material and the IPA vapor pressure.

Maybe it would be easiest to minimize ambient room air IPA concentration by placing the tank in a sealed secondary vessel of some sort - maybe a 5-gal plastic bucket with screw on lid and O-ring seal. Those are available from McMaster-Carr in the US.

McMaster-Carr is the complete source for your plant with over 595,000 products. 98% of products ordered ship from stock and deliver same or next day.

I too lament the lack of gaskets. Even if it had them, it’d need a heavier lid to get any kind of seal.

When I’m not printing for a long time I put saran wrap over the top of the wash, like this: 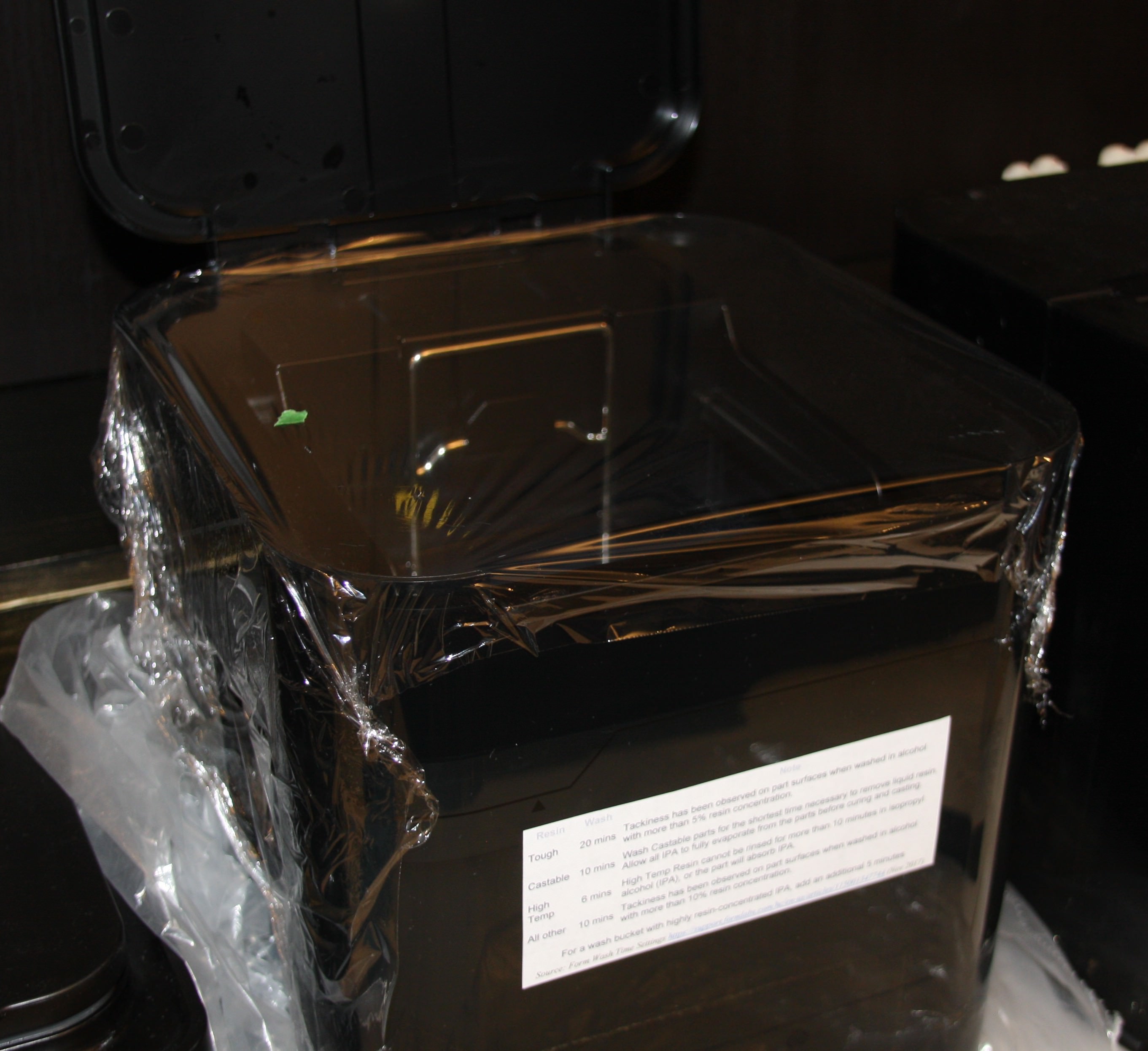 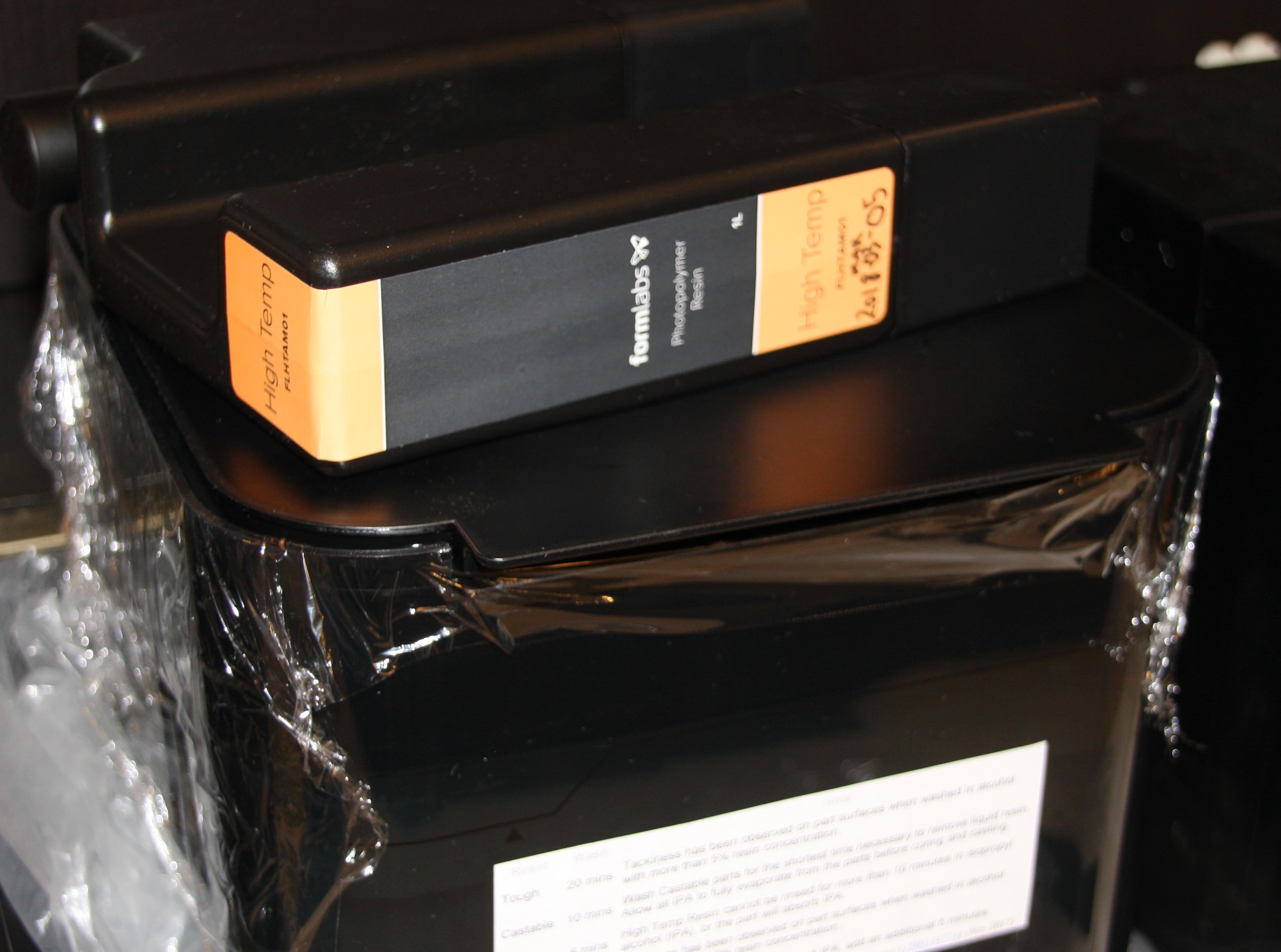 Stick a filter on the pump intake to catch the solid bits and now you’ve got an IPA cleaner! Paint strainer on the end of the line might also work. I empathize with you. I wrapped my Form Wash in a clear plastic bag and twist the end closed when it’s not in use. [image] [image] It may not be scientific, but I know it has some effect - the label on the front of my unit used to be held on with scotch tape, but when the bag w…

There are some other suggestions in that thread, as well as these:

Just received my Form Wash yesterday and gave it a whirl today… Noticed there’s absolutely no gaskets on the lid. Just a hard, double wall. Is that normal? Seems super leaky, as far as evaporation is concerned.

Simple Green was the stuff used in Submarines with no air contaminants. Interesting review videos here for IPA alternatives:

I used some IPA resistant o-ring material to ‘gasket’ the lid of my form wash. Easy to find on McMaster-Carr. This helped, but was not enough. Along with that, when not in use I put about 8 lbs of weight on the top. This flattens the lid and forces the o-ring cord into contact with the wash bucket top. The result is essentially zero evaporation when just sitting. A hack, but cheap, and easy. And now I can use my Form Wash again!

I’ve likewise found a weight on top is key.