I’ve recently changed my setup, but thought I would share what I implemented to filter smells when my machines were still in an enclosed lab space with poor ventilation.

There’s been a bunch of discussions in the forums on building enclosures, filters, exhaust fans, etc. - especially because the Form 3 is much smellier than the Form 2. I believe my solution is pretty simple and didn’t involve fabricating a bunch of custom things other than a 3D printed adapter.

The first thing I tried was using a fume extractor used for soldering applications. This had a 3 stage filter with a pre-filter, HEPA and charcoal bed. I printed custom exhaust nozzles with my FDM printer to increase the area of space the extractor would capture. This was OK for directional venting of smells like IPA from the Form Wash - but was ineffective at capturing all smells and VOCs from the printers themselves. The Form 3 blows air out of all crevices so it’s hard to capture the smells from one or two locations. If these were in a fume hood of some sort it would have worked better. See images below.

I didn’t want to go through the effort of building an enclosure so I started thinking about faster/cheaper/smaller alternatives. I knew that some people ran their Form 2’s inside of custom dust covers and so I figured I might as well try using a cover with an exhaust tube stuck inside it. This would allow the machine to have convective cooling while also capturing smells since we’re essentially creating a negative pressure area inside of the cover which will work effectively at sucking from the entire periphery of the machine.

I bought the following mixed air flow fan and charcoal filter from Amazon. I switched to a charcoal filter only because it was a) cheaper, b) bigger, and thus the lifetime would be longer and c) charcoal is very effective at capturing VOCs and I didn’t really need the HEPA filter since we aren’t generating large particulates here. I also bought an extremely cheap patio furniture dust cover from Amazon and cut it to size for a quick and dirty test. I printed an adapter for the fan and connected the two ducts/hoses taken from my fume extractor (you could size this for whatever hoses you have - standard flexible vacuum hose is probably the same size and cheaper). When printing, I simply slipped the cover on and shoved the hose into a hole I cut with scissors. This worked extremely well - especially for the really horrible smelling resins like Flexible. Printing Flexible on the Form 3 in a closed space without some type of exhaust is a terrible experience. I wouldn’t say this was perfect, but significantly better than without. This was also relatively cheap and didn’t require a ton of time on my end. 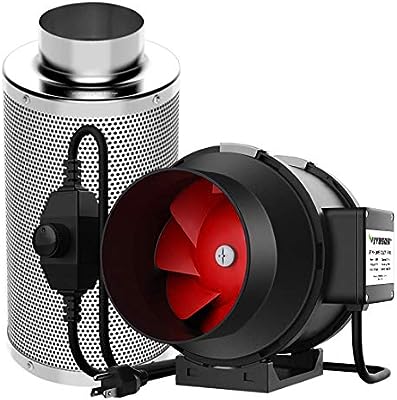 Once this worked I bought some real dust covers from Digital Deck Covers. Instead of cutting a hole in the covers and shoving the exhaust tube into the hole like I did before, I simply stuck the exhaust hole inside from underneath.

Note that I haven’t tested filter liftetime - I ran it for several months before COVID and it was still working. If I were to improve on this, I’d design and print a exhaust adapter clamped/glued/screwed onto the cover so that I could stick the tube in and out when I need to. I haven’t had to replicate this on the Form 2 since it’s sealed so well and I simply slip a cover on the F2 and print.

Unfortunately I don’t have any pictures of the setup with the digital deck covers and I’ve since moved my equipment and changed my setup (all stored outside in an enclosed space now). Here’s a picture of the covers in their current setup though if anyone is interested. They’re pretty high quality and were quite reasonably priced.

I hope all of this helps someone! Especially if some of you are printing stinky resins inside. Cheers.

Here’s a followup picture of the actual adapter/fan/filter assembly. You literally just stick a tube from this into the cover on the Form 3 and you’re set.