Reading the Form 3 literature coming hot off the presses, and noticed something called Draft Resin, with 300um layer heights. This is just what the doctor ordered to finally make me give up my Form 1+!

Did I miss something and has the new resin been officially announced yet?

It’s already in the shop:
https://formlabs.com/store/form-2/materials/draft-resin/

And I see it’s included in the new Preform 3.0 as well.

Yes, you might have missed it as they announced it with the release of the new printers today!

It may be in the shop, but is there any information about it? Mechanical test figures for example. Is it shipping yet?

Draft resin is super cool and remarkably fun to use. As someone who usually uses general purpose or grey pro, I am amazed at how quickly it prints. And the 300µm layers look sharp—much cleaner than the Form 1+ draft mode.

Thanks Craig, but that does not really answer my question - any chance of an answer, it would be a great help. Thanks

It may be in the shop, but is there any information about it? Mechanical test figures for example. Is it shipping yet?

The tech data sheet for Draft resin is here: https://formlabs-media.formlabs.com/datasheets/Draft_DataSheet_.pdf

It’s shipping now in US and EU. You can buy it in the store: https://formlabs.com/store/form-3/materials/draft-resin/

Thanks for the info - its interesting. Are you sure that its being shipped?

Yes! Draft Resin is shipping now with no lead time in the US and EU.

Any photos of Draft prints to show off? Which other resin does it most resemble in terms of material properties?

A coworker here recently reached out to an amazing artist named Daniele Danko Angelozzi to ask if we could do some tests with their beautiful character model Torquato di Tanafonda , pictured below. 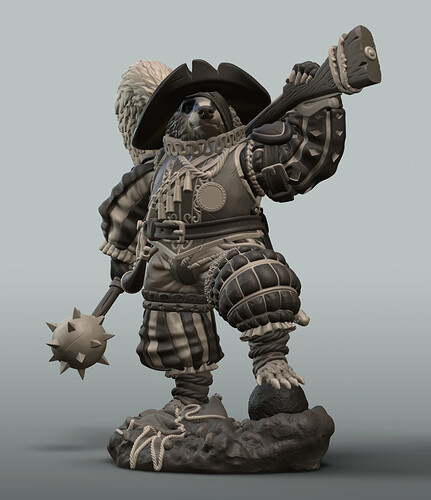 This sculpture is cut into 9 pieces for production. A 7" tall print of this statue(not pictured) was printed in Formlabs Gray V4 resin, which took about 30 hours to print with our 50 micron setting.

The Draft Resin version of the statue, which stands at 15 inches tall, took 13 hours to print in total. Check it out below. 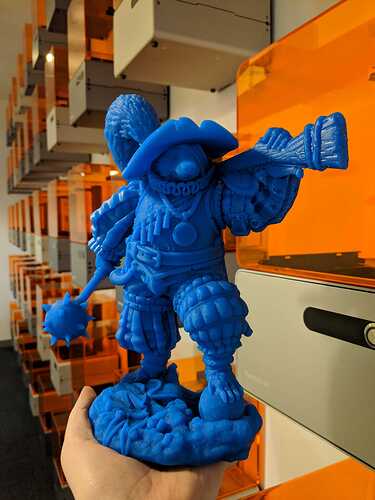 The numbers in the spec sheet https://formlabs-media.formlabs.com/datasheets/Draft_DataSheet_.pdf reflect that Draft is less stiff/brittle than General Purpose resins, but weaker in terms of ultimate strength. The higher elongation will translate to more impact resistance than general purpose resins, but not as much as Durable. I’d say that mechanically it’s somewhere between General Purpose and Durable. Hopefully that helps! 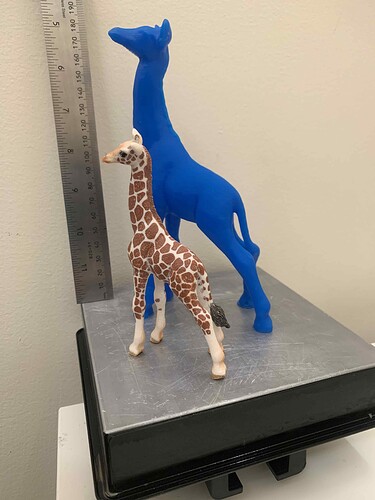 giraffe-resin3024×4032 252 KB
Here’s my Giraffe Calf in Draft: I did this little pet project while testing Draft Resin internally. I 3D-scanned the pictured Giraffe Calf figurine (which is not 3D printed), and edited the resulting mesh to remove local minima so I could print unsupported, directly on the build platform. Then I hollowed it out for even faster printing, and scaled it up to the maximum build height of a Form 2 (or within one 300µm layer of the max height, at least). In total, this version took only 2 hours 37 minutes to print!
4 Likes
rkagerer April 5, 2019, 6:51pm #16

Awesome! If you don’t mind me going off on a tooling tangent… what kind of 3D scanner did you use and how clean was the resulting mesh? What software did you use to clean it up and hollow it out (e.g. MeshMixer)?

The scanner was a NextEngine with a turntable, and the hollowing was in Meshmixer. I don’t think cleanup from the NextEngine was too bad, and I was able to get away with mostly just reducing the mesh a lot. I could have used Meshmixer to make the vent holes for printing hollow directly, but I wound up making some geometry in OpenSCAD to subtract from the hollow giraffe mesh in Meshmixer, to make that step more repeatable.

Pretty cool that took less than 3 hours for a total height volume!