Curious Question, Being able to print at a 10 or even at 5 Micron… Is this a Material or Mechanical issue.

Is it just that the resin/layer will not peal off the silicon or is that just starting to push the limits of the stepper/ball screw resolution(Fix with a 1-2 belt drive).

IF it is a resin issue it would be fun to experiment a little if the software would give us an “Open Mode” option to set our own layer Height.
(Maybe this should be under feature requests)

It might be interesting to be able to set other layer heights besides the specific ones PreForm allows you to select. Like maybe I want a layer height of 66 microns. But less than 50 probably isn’t as worth it as you might think. Z only needs to be as good as the XY resolution. A much higher Z resolution doesn’t really help, your model is still at a lower resolution on the two other axes. Also, the practical value of a 10 or 5 micron step is IMO questionable. A job that takes 10 hours at 100 microns takes 100 hours at 10 or 200 hours (that’s more than 1 week!) at 5. (most of my prints are 8-10 hours at 100, I’d never use 10 or 5. I’ve been wishing the Form2 supported the 200 micron mode my Form1+ has).

But besides that, if FL did support a 5 micron layer, once the reports of suicide started coming in from all the Form2 users who’d killed themselves because they couldn’t stand it anymore halfway through a 5 micron print, FL would just have to disable the resolution anyway. They probably figured this out early on and just decided “why bother?”.

LOL… Ohh I agree… It is more of a playing around thing… Some of my smaller parts would benefit from smaller layers but not the end of the world either.
I have some parts that I print at 25mic that only take an hour now so 2 or 3 hours would not be the end of the world… Now my big parts at 11 hours at 100 Microns I would never in a zillion years try to do it at 25 nevertheless 10. A few samples of my mid sized parts at 50mic These will be final printed at 25 with a few extra supports to prevent sagging and a little different final orientation. The Off white were printed then cast in Poly resin to give them a little more give 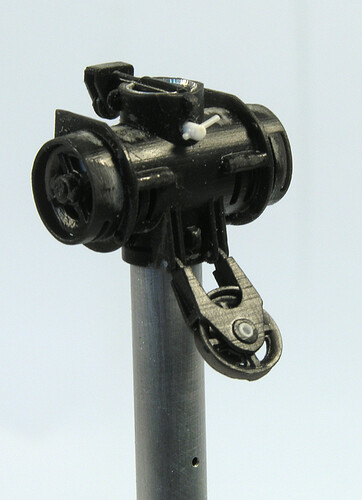 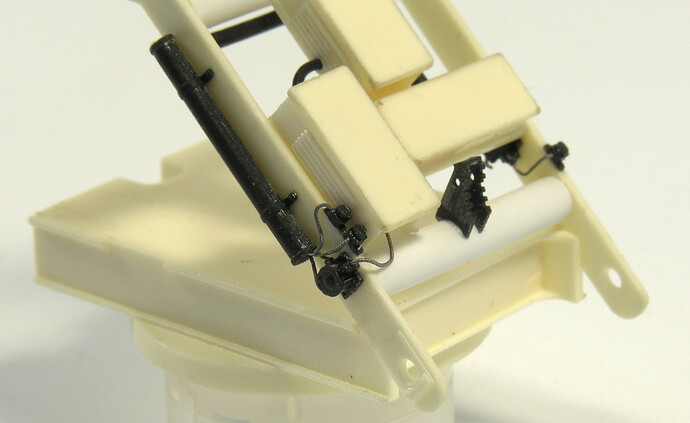 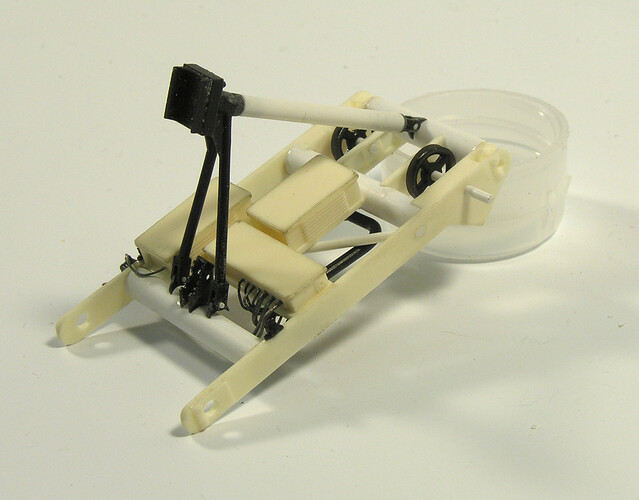 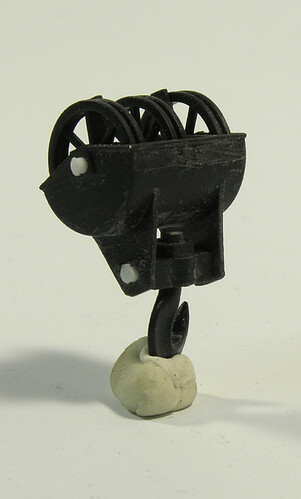 Can you share your .ini file? I would love to see the settings you used and to see how well it actually works.

Just participated in a webinar, Now I know what 10 micro would not be feasible… The laser would over cure the resin too thin a layer. I guess you could Dim the laser power but I could see that causing issues too.

David, I don´t have any .ini file here. But Formlabs has an example settings file. if you read it you´ll see that they say the step size is a multiple of 2.5um. But don´t go that way, the XY resolution will be limiting any further improvement.

I thought by your post you had gotten your printer to print at that resolution.
I am willing to bet that no one here has been successful (besides FL employees) in printing with settings other then the standard FL supplied ones.
I have asked FL for more examples, they are unable to share more then the 1 .ini file.
I have asked the community for ini file examples. No one has posted success or failure results.
With the above, I highly doubt anyone is using this. I am very surprised there aren’t any 3rd party resin manufacturers releasing resin tuned with this either.

@billiejean, I think it is feasible but not for large models. The resin curing can be controlled with the speed of the galvo tracking and the laser output intensity. None of this means anything without more documentation from Formlabs, unless someone wants to waste a whole bunch of resin experimenting.

There is tremendous potential with OpenFL. I just don’t see examples that anyone outside FL using it.

I made a settings file to print my old FireCast resin that I have here wiggling around, as the grey settings they recommend to use were not working great. I can tell you that is possible to tune the settings but I still used 25um layer thickness, and had success. See the file below, change the extension to .ini.

It’s not rocket science tuning the settings, you need first to make some tests to check how much energy do you need to cure a specific thickness of resin in such that is not under neither overcured. I used a rig to test how much energy (power * time) it’s needed to cure a 25um layer of resin and then you take it from there. It’s time consuming though.

You are correct, this is not rocket science. But anything we can do as a community to get a better understanding on how to optimize the tools FL gave us is a good thing while minimizing wasting time and resin.

For your ini file, it looks like you kept the 100 micron intensity and tracking speed and just lowered the z resolution. If I am reading the file correct, your models were soft or not printing with the gray or what ever canned FL setting they said to use… right?

Thank you for sharing!

David, we do have to accept that formlabs doesn’t have an open system. All the know how is for sure time and money.

I’m pretty happy when using formlabs resins but for third party ones, well, it doesn’t work so great. I tried Photocentric and Madesolid but I still prefer to use formlabs.

I thought I had sent you the 25um file. In my case the resin was old and needed more energy to cure, the grey setting was just not enough. Also, I thought that I could reduce the peeling force if I slowed down the peel speed a bit (I have time, normally leave printing overnight). Beware that the vat PDms layer will not like that and will get cloudy sooner.