It would be great if there was a way to print two different materials on the same part. For example, a soft button or suction cup bonded to a hard mounting feature.

I suspect we would need to take the build platform out of the printer and run it through the Wash station between materials, and maybe also let it air dry for a bit too. It seems to me like building the second material directly onto the first material would bond the two materials better than using glue or ‘welding’ them with some uncured resin, especially for opaque materials. I imagine there are some challenges with this, and it may not work with all resin combinations. But, even if it only works for some cases I think it would be an awesome new capability.

Just print the two materials separately. After they are done, put them together and drop some resin. Use the same laser go over the resin and cure it. (or any other 405 UV light resource)

It is literally the same way as you mentioned and you don’t have to worry about polluting the resin by mixing different resin/alcohol.

btw, the binding is not strong.

In the real world for production, this is called double-injection molding which has been widely used for a very long time. Watch those two color food container cover. The middle is clear and the rim is opaque. It is strong and beautiful.

One way that has been investigated is to have a mix of two resins that cure at different wavelengths. I would be surprised if the geeks at Formlabs haven’t been thinking about this.

Tunable solid-state laser diodes are hard to come by.

I think Inkjet-based printers are a much better match for multi material prints.

It’s possible that it wouldn’t work at all.
I’ve already surpassed my extremely thin knowledge of how all the magic works.

Huh. Two different materials that cure with different light wavelengths. That’s an interesting idea. Definitely seems like there’d be some interesting challenges there. For one, a whole new product line of resins would need to be created that cure at the other wavelength, so that you could mix them to get the combo of materials you want.

Like Pankl mentioned, it may also be difficult to selectively cure one resin when the other resin is physically in the way, leading to a mix of cured and uncured resins: Maybe that could be solved by formulating a single resin to develop different properties depending on the wavelength of light that is used to cure it? Or maybe that’s what you get from your mix of resins that cure at different wavelengths? Maybe each resin is optimized to fully cure at a specific wavelength, but a nearby wavelength will still cure it but not optimally. Then, both resins would contribute to the cured material properties, but the wavelength of light would control which one is more cured and therefore has a greater impact on the cured properties? I’m sure there’s many different ways it could be done, each with their own challenges. If they could figure it out that would be pretty amazing!

In the meantime, I’m hoping for a simple software option that would enable existing technology and resins to do limited multi-material prints. Adding an option to pause the print after a specified layer, and then continue with the print settings for another material seems to me like it should work. Maybe include some kind of rinsing procedure to perform between materials.

Formlabs printers use lasers, but I guess they wouldn’t need a tunable laser. A mechanism to “swap” two different lasers in to the beam path would do it using a rotatable mirror. Two lasers pointed at each other with a mirror between, angled 45º one beam would hit the front and one would hit the back. Rotate 90º and the situation would be reversed. It’d need to position pretty accurately, but the galvos in the printers seem to do an amazingly good job so that seems possible.

The problem with the two resins is that they’re mixed together in the tank, So as you cured one, you’d be “capturing” the other resin in its uncured state inside the cured-resin’s matrix. That’s not going to be a very strong print, and it might “weep” uncured resin over time. And the moment the print saw sunlight it’d become a homogenous cure and the two separate properties will be lost.

Stopping the print to swap resin tanks doesn’t seem like a good feature to me. There’s no way to “rinse” the print that’s already on the build platform (at least not and continue printing with it after. removing the build platform will change its reference position slightly. when the print resumed it wouldn’t line up). It’s going to drip (or you’re going to have to wait a long time before attempting the swap). You don’t want to be dripping resin in to the machine (F3) or on to the glass (F2). And waiting 3 or 4 hours doesn’t seem like it’d be a good workflow…

When people say a resin “cures at 405nm” I think what they’re saying is that’s the ideal cure wavelength.

If you get the wavelength off by even 100nm, it will still cure, just not at the same rate.

If you want some sort of multi-material print that relies on resins curing at different frequencies, you’d have to develop a resin that cures in a tiny bandwidth of wavelengths. I’m not aware of any such resin existing.

I’m also a little confused at what kind of mechanism you’d be using. Surely you wouldn’t be mixing the resins as you’d be trapping one uncured resin in some of the cured resin. And it would be painfully slow to flush the print tray with a new resin between any two layers. 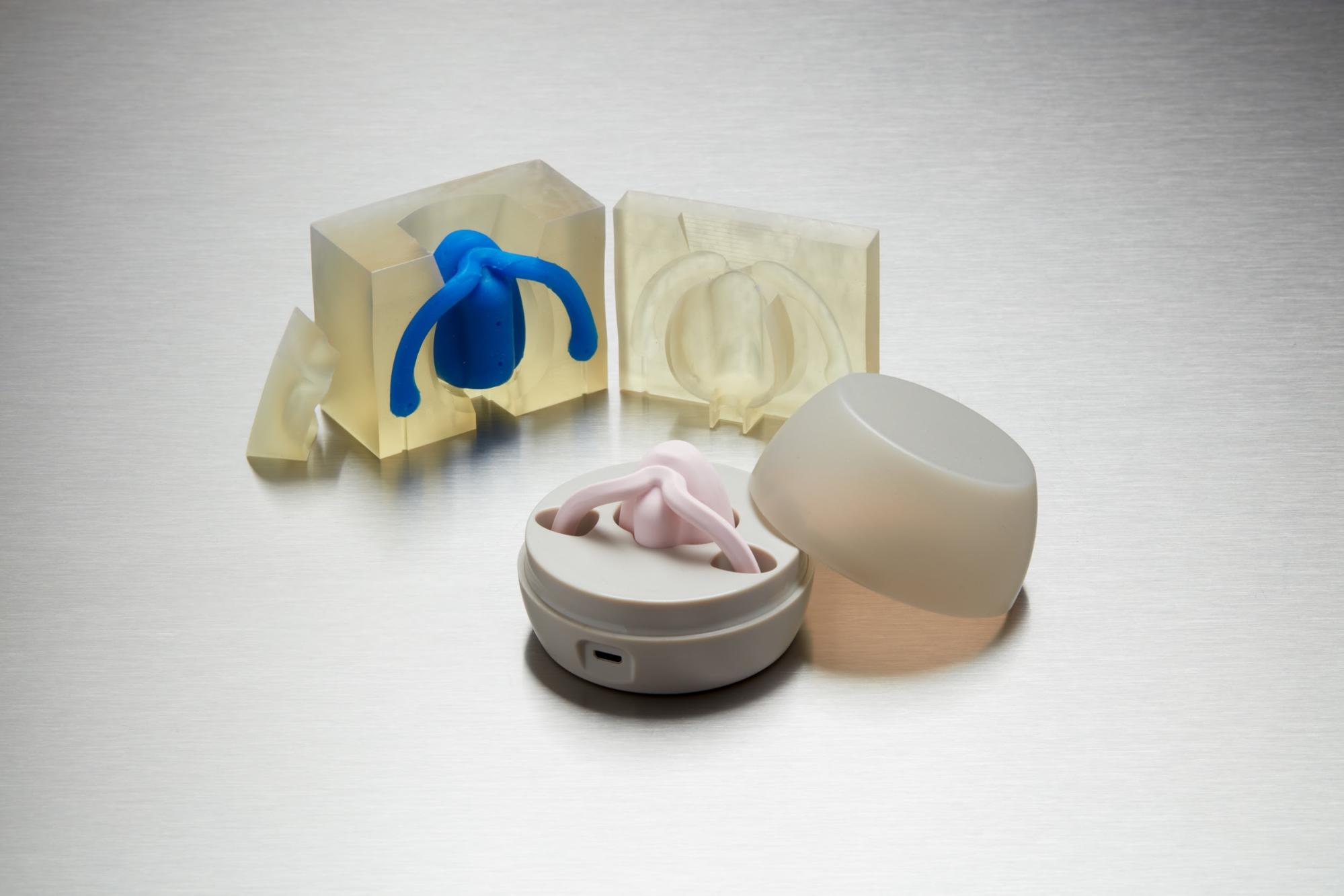 Overmolding and Insert Molding: From Prototyping to Production

Learn the basics of overmolding and insert molding and how to determine which manufacturing method to use when.

Good article kind of on the same subject…