I thought this might be interesting to post. I used three different resins to build this, the clear, the tough, and the MakerJuice SF. the clear parts are obvious, the clamps for the lasers and the snap together ribbon cable guide are obviously done in tough (the snap together guides and screw clamps for the lasers would break during assembly when I tried it in clear - I had printed them before Tough was even announced), and the dark colored connecting sections were made with SF. I will take this moment to mention that the SF is pretty lousy. I get weird partial blowout channels that look like arroyos, and I get poor dimensional accuracy with it. It also loses its flexibility with time, which I have not experienced with the tough. I only used it for the connectors because I was trying to burn the rest of it before my form 2 shows up. 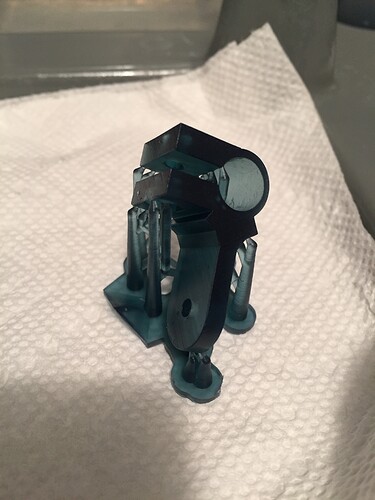 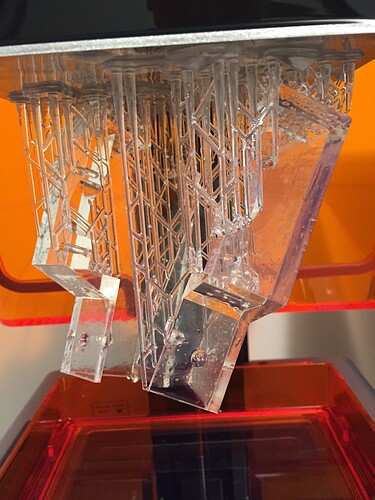 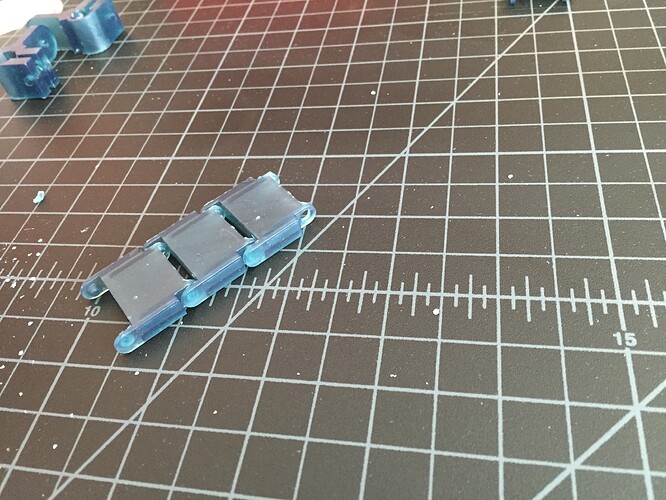 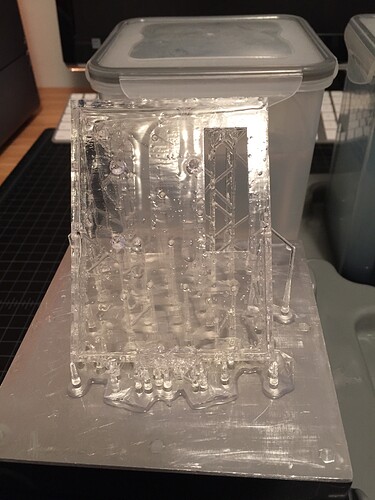 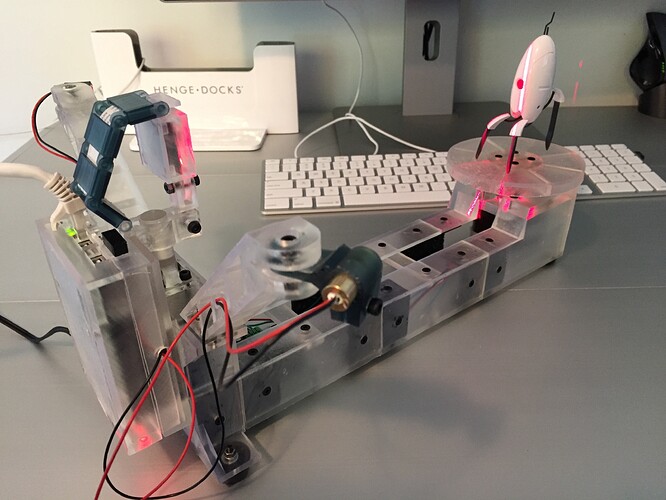 Cool contraption! Is it a scanner?
Also, nice beefy part done in tough. Seems like you can give those with major problems printing with it a tip or two…

It is the Atlas 3D scanner that was up on Kickstarter. The guy who started it sells you the electronics and you print the chassis components. I think you’d have to have a very well set up FDM printer to have a chance of completing this thing. Many of the tolerances are very tight. The Form 1+ output is especially impressive where I used the Tough resin to print the holders for the lasers. The hexagonal space for the nut to socket into has a very thin exterior wall in the STL and I cannot imagine that coming out well on any of the FDM printers I’ve used, but the Form 1+ nailed it. All of the STL’s for the parts are online if anyone is curious, http://www.murobo.com/printables.html

I reprinted the clamp for the camera tower in tough to replace the clear one, as I find myself paranoid that I’m going to break the clear one when tightening it. I am low on consumables in advance of the Form 2, so I only have one corner at the back of my Tough tank, furthest from the hinge (so maximum peel force) that is still in acceptable shape on my tough tank (which has cataracts and other damage to the silicone layer due to numerous failures early in playing with Tough), but the tower clamp fits into that area.

The latest PreForm definitely helped with adhesion. I use a 0.20mm Z offset (lower) and I manually set the support base for my Tough parts to 2.40mm thickness. I find that this strikes a balance between adhesion and removability. I tried 3mm and was generating a lot of metal kerf trying to remove parts. Adjusting the screws around the end of my build table to get the thickness of the assembly to within about +/- 0.05mm seems to have helped as well. I have been able to print pretty large and detailed parts at the 0.05mm resolution setting with Tough since these changes. I deliberately move large parts to have more of their base in the corners as there is no way for me to correct for the build table I’m using being slightly concave. This means that adhesion is often a bit iffy near the center, but as long as it is good around the sides the inherent error correction of the support process prevents that from deforming the part.

I’m looking forward to using the Tough on the Form 2 for prototyping work.

you should try the resin from monocure 3D, I was really impressed with it’s performance…

@john_peters
Any pictures of things printed in this resin, and/or more detail about performance both during print as well as part behavior/characteristics after print?

It is tough with high detail, it seems to stick to the build plate well. It doesn’t need much post curing either.

www.monocure3d.com.au has all the info and some good pics of models printed with the resin.

Yeah, looks to be a cool company in Autralia, been doing UV resin for regular printing for a very long time, and I’m impressed with their attitude. They have a limited number of free printed samples they are sending out of clear and white, and have a large color selection as well. I’m getting a sample. 1 litre of clear is $99 (assuming USD, but may be AUD) for a limited time, then normally $110. Price is right