Hell no I'm not paying that

About 3 months ago my 7y old Bike broke down ( seat tube snapped in half ) and after receiving my new one about two weeks ago I quickly noticed an ergonomic issue with the, to me, new Shimano I-Spec II system that installs both the shift and break levers to the handlebar using one clamp severely limiting independent adjustability between the two when using lower-end components like the Deore set.

Slightly annoyed by both the lack of adjustability and general choice of lower end components when compared to the frame I quickly decided to fix the issue by going full retard and buying the entire XTR Di2 set which has their shifters come with their own clamps now resulting in a severe gap between the remaining break leaver clamps and the handlebar as normally there’d be an insert when not using an I-Spec II compatible Shifter.

At my local bike store they told me those replacement spacers would have to be a special order adding another 25.- ( the irony compared to what the entire Di2 set cost me ) which somehow reminded me about my Form2 printer I haven’t had a chance to use in quite a while.

Heh… Should have known better to also post a picture no matter how mundane the topic ;D 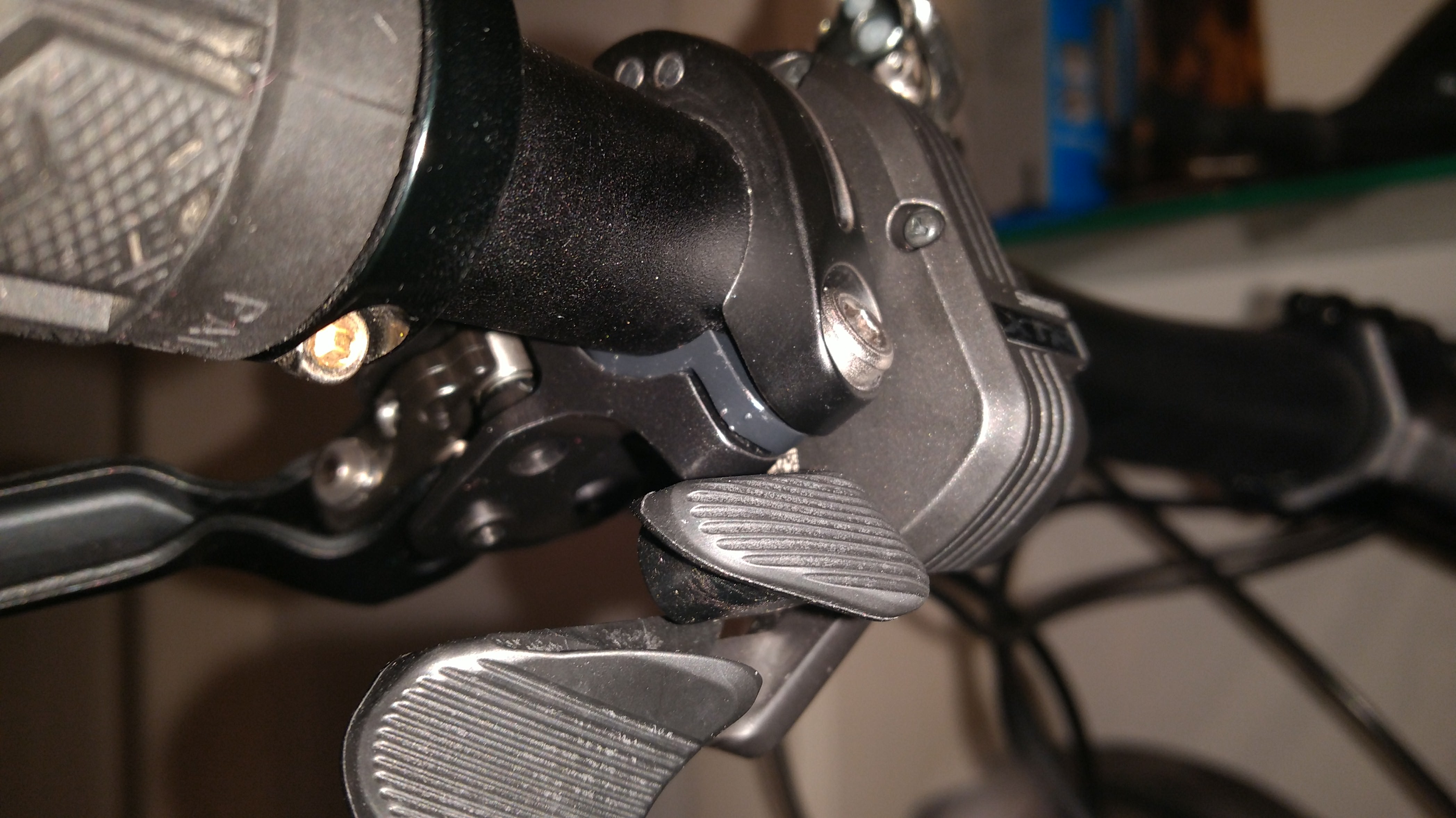 Like usual, the color difference is only present when photographed ( with a flash? ) so basically non-existent to the naked eye.

I’d spray your printed part with some acrylic based lacquer which will absorb UV light from the sun and prevent your part from becoming too brittle over time.

Nice job ! thanks for sharing