Here are some quick photos of a 25μm print in Black v4. Sorry for the dust (it’s been a few days since I washed these) and subpar photography. The results parallel what I’ve seen at 50μm and 100μm and are barely distinguishable. Form 3 is on the right. 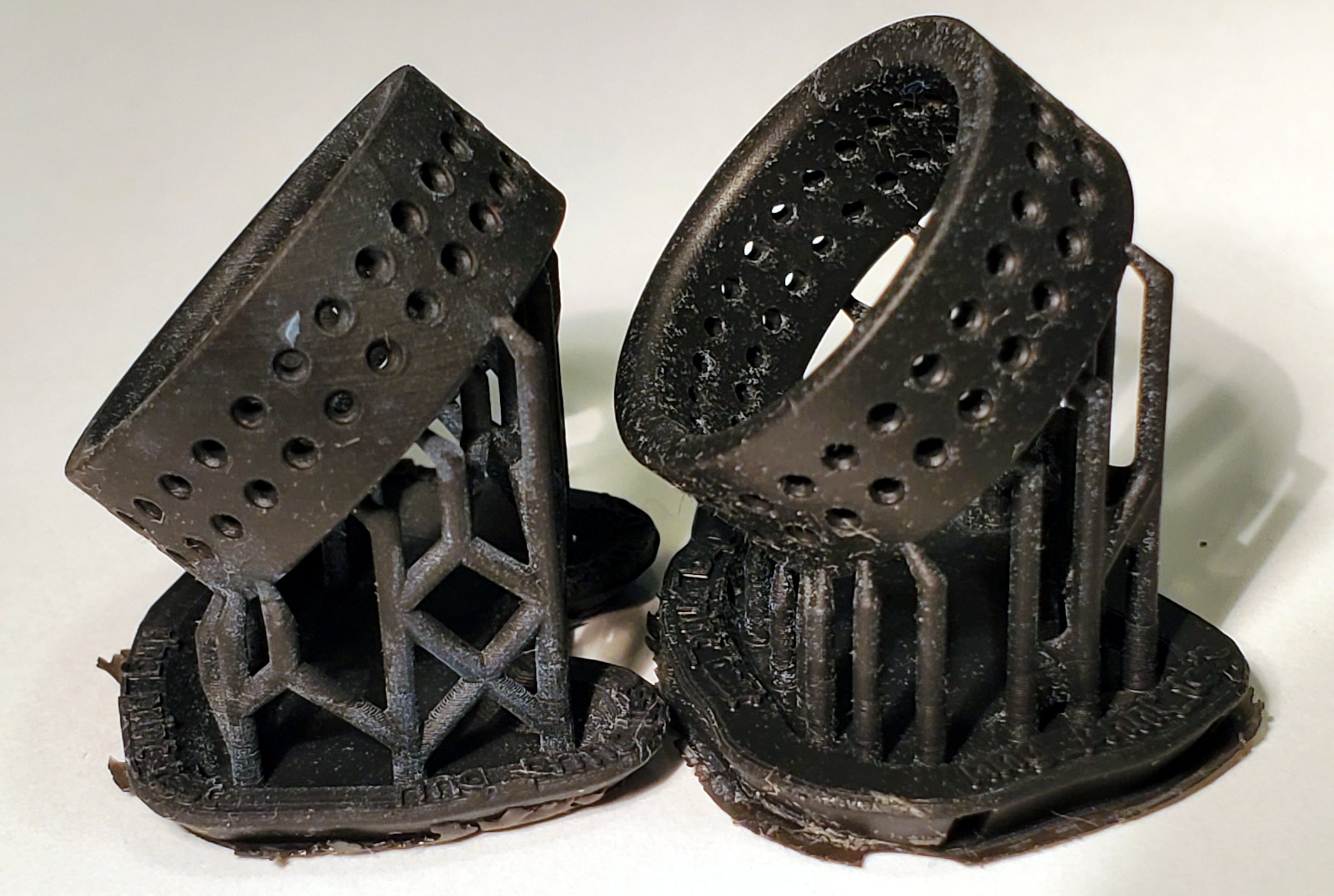 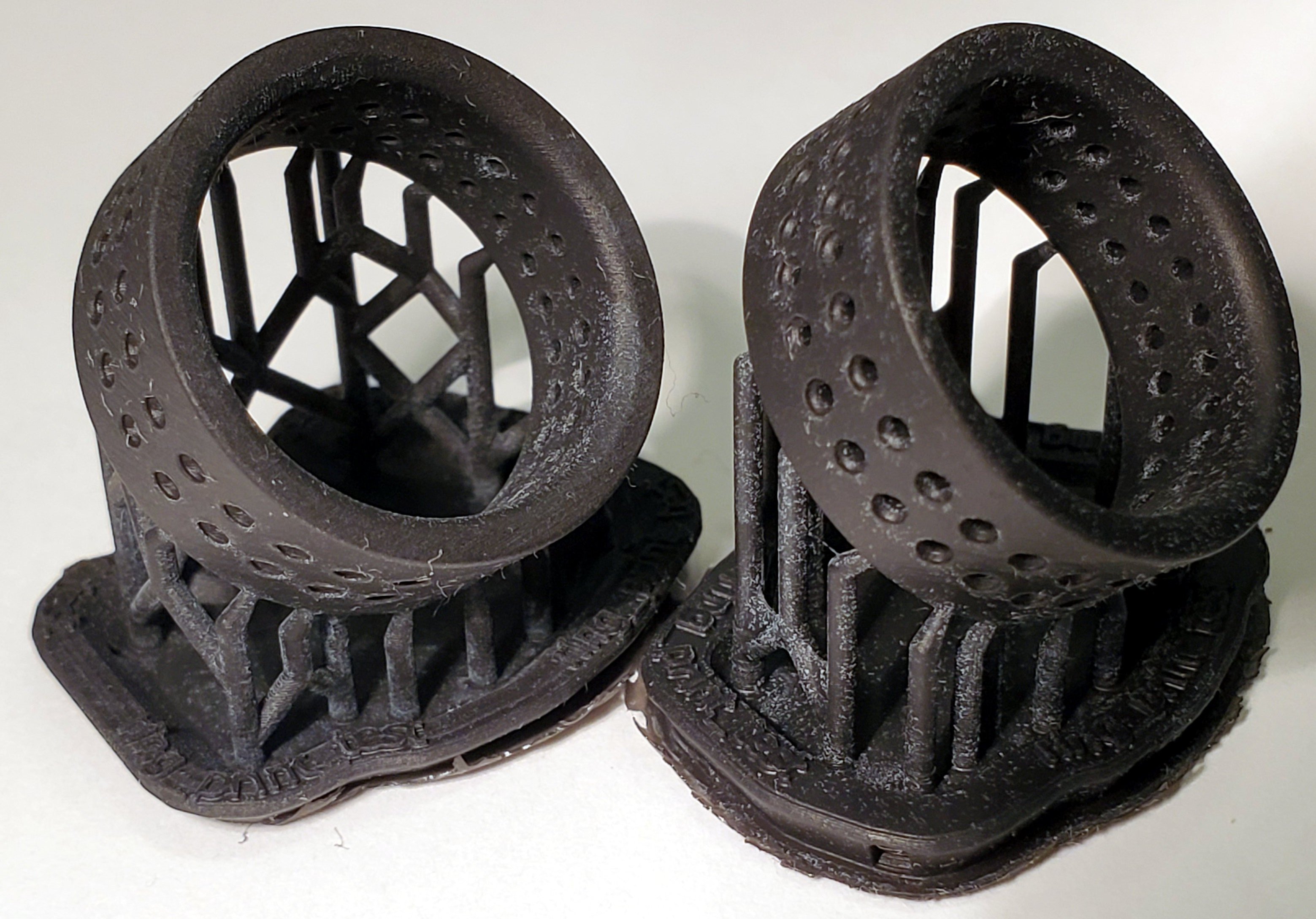 We’ve been using a Form 2 for the past 3 years now and had our fair share of problems. When we can get it to print, it does produce a nice quality part. Although, now it takes upwards of 3 hours to heat up before we’re able to start the print job.

We are thinking about switching to a Form 3 but are curious if they’ve solved a lot of the reliability issues.

now it takes upwards of 3 hours to heat up before we’re able to start the print job.

Does it time out and require you to restart the job a few times?

My heater is taking an hour lately and I thought that’s a long time.

That’s a tough one. If I could rewind backward I’d probably just keep my Form 2 and wait for a Form 4. But the story isn’t over yet - Formlabs really has made tremendous progress tuning the resins, and part of my decision to buy the Form 3 was anticipation that new resin formulations and features would only be introduced on the new platform going forward. We’ll see how that plays out over the next year or two.

Do NOT bother. Form 3 is not ready for BETA even today. I havent had an acceptable print YET.

However if you lower your standards to accept that the Formlabs advertised performance/function and quality wont be met, then you`ll LOVE the Form 3.

One thing I was thinking - I will not be surprised if the Form 4 does NOT use the flexible trays or the Low Force “tech”.

To compare how high precision objects can be printed, we created fine resolution data and printed it at 50 microns for both 2 and 3B with DentalSG.

Fine details were maintained in 2 but not in 3B

Hope that the 3&3B will be able to output higher resolution in future firmware updates. 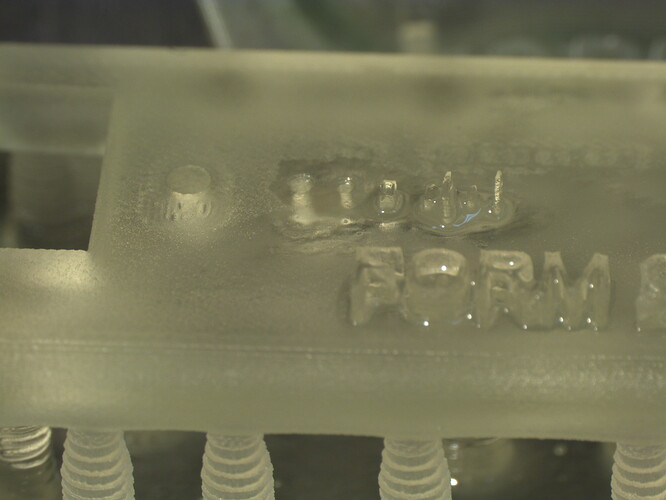 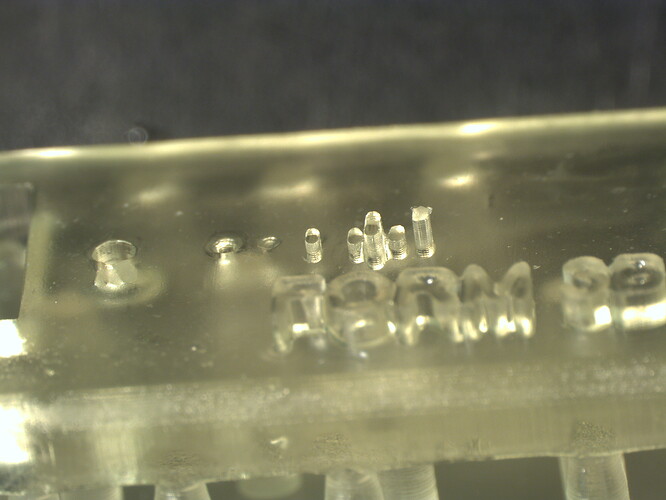 Goodmorning everyone,
I have the form 2 form 4 years used without problems. For 2 months approx. the quality of my prints decreased a lot and after an evaluation the assistance explained the laser is exhausted.
Now I have two options:

Hands down, repair your Form2.
Do not bother purchasing Form3 even after 2 years from the initial release
I bought a Form3 back in 2019 as a test machine hoping to replace all 4 Form2s I have.
I was so disappointed (raging actually…) with the quality of prints and got a refund for it.
I recently asked my friend (who still bought a Form3 after my rant) to print few test pieces hoping to see some improvements over time but big NO. They look exactly the same as 2 years ago - terrible, at least in the eyes of heavy Form2 user since 2016.

in light of the release of the Form3+

Do we think enough has matured?
I know its early days …but there are some in the wild already…

I’ve made some back-to-back tests with a Form 3 (early 2019) and a Form 3B+, both running firmware 1.17, PreForm 3.22 and used the same tank, cartridge and build platform. Tests were done the same day and room.

I did the tests in Clear v4 with 0.100mm layer height, washed in IPA but not cured.

From what I can tell there are improvements, the F3B+ parts are clearer and they do print a little faster, but it’s not a big difference. 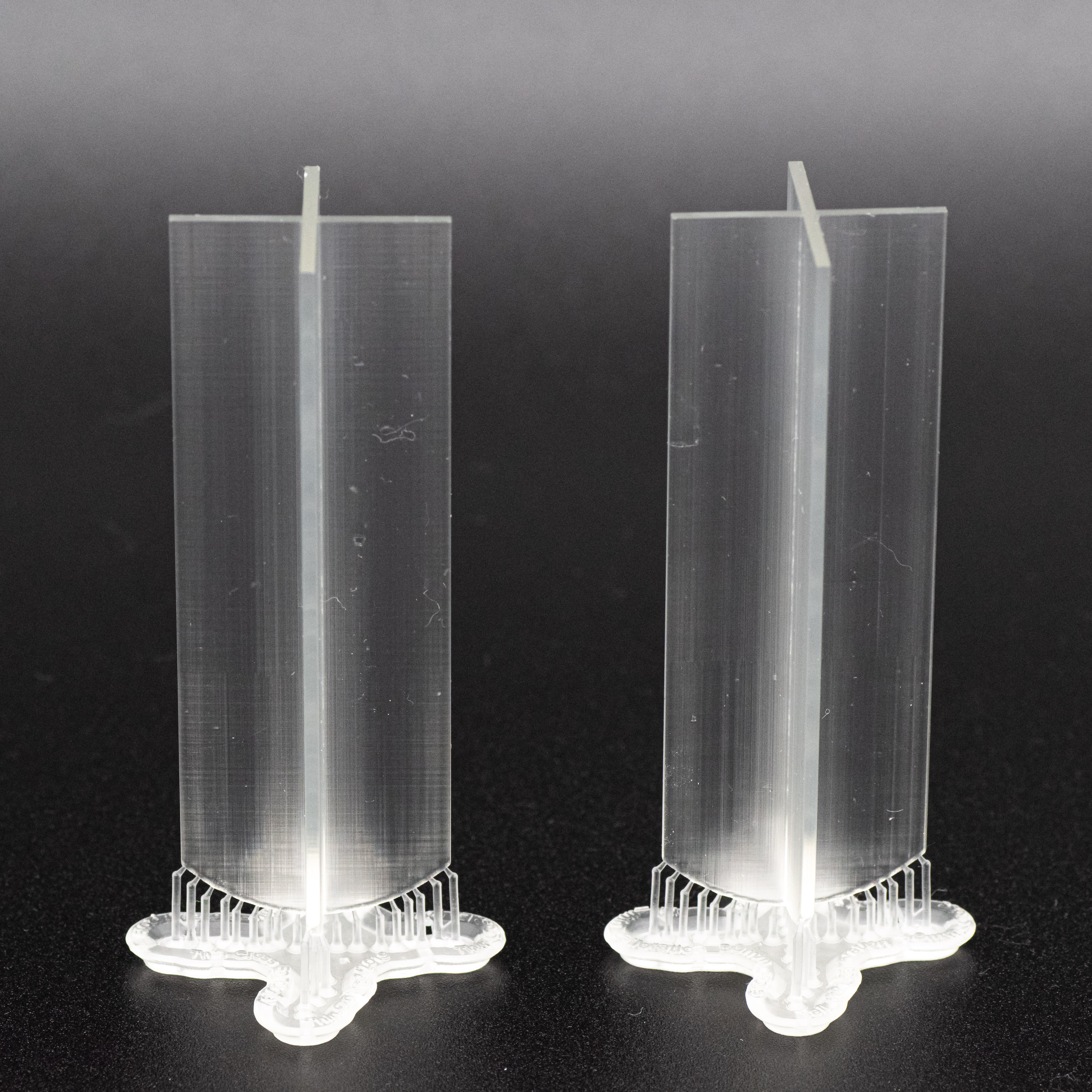 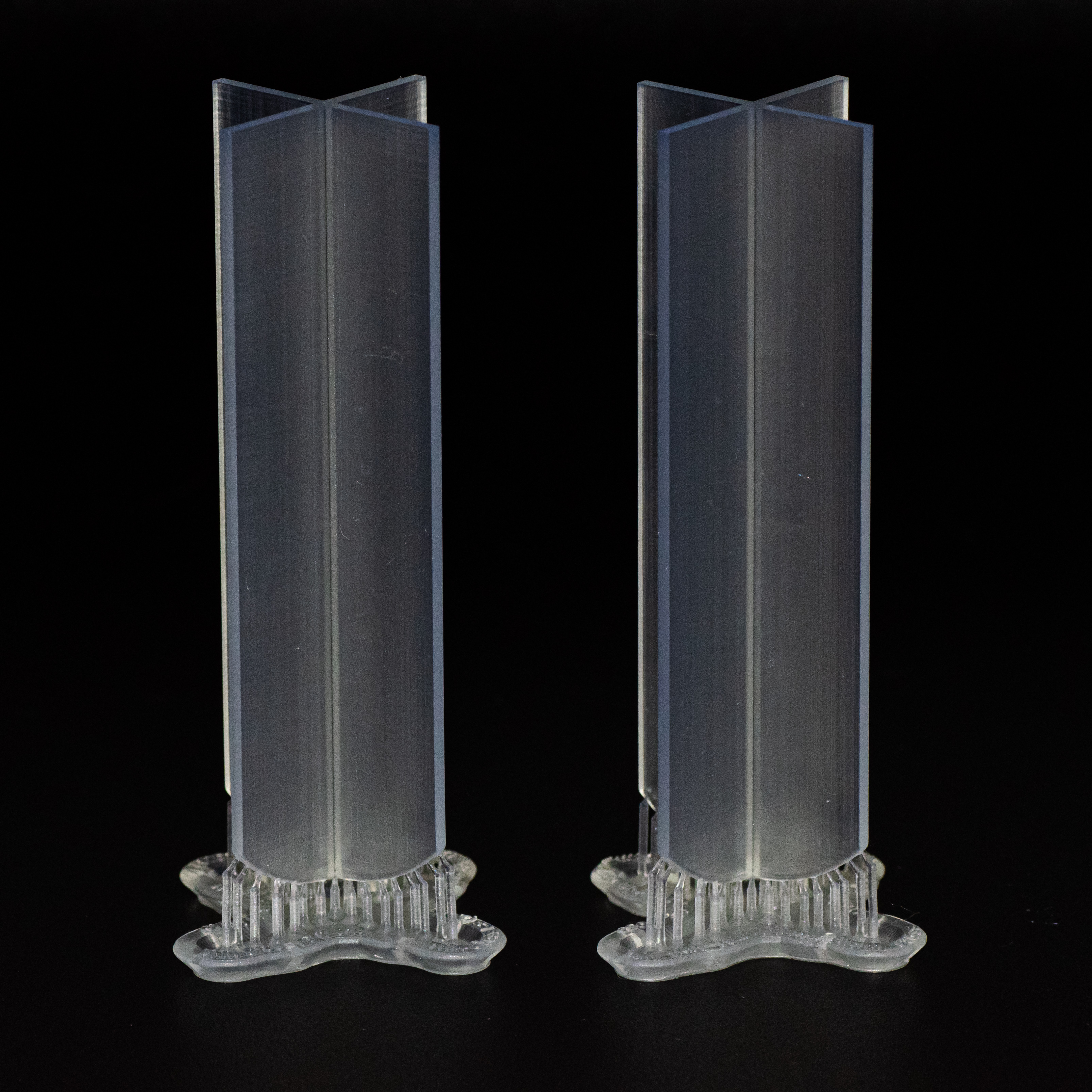 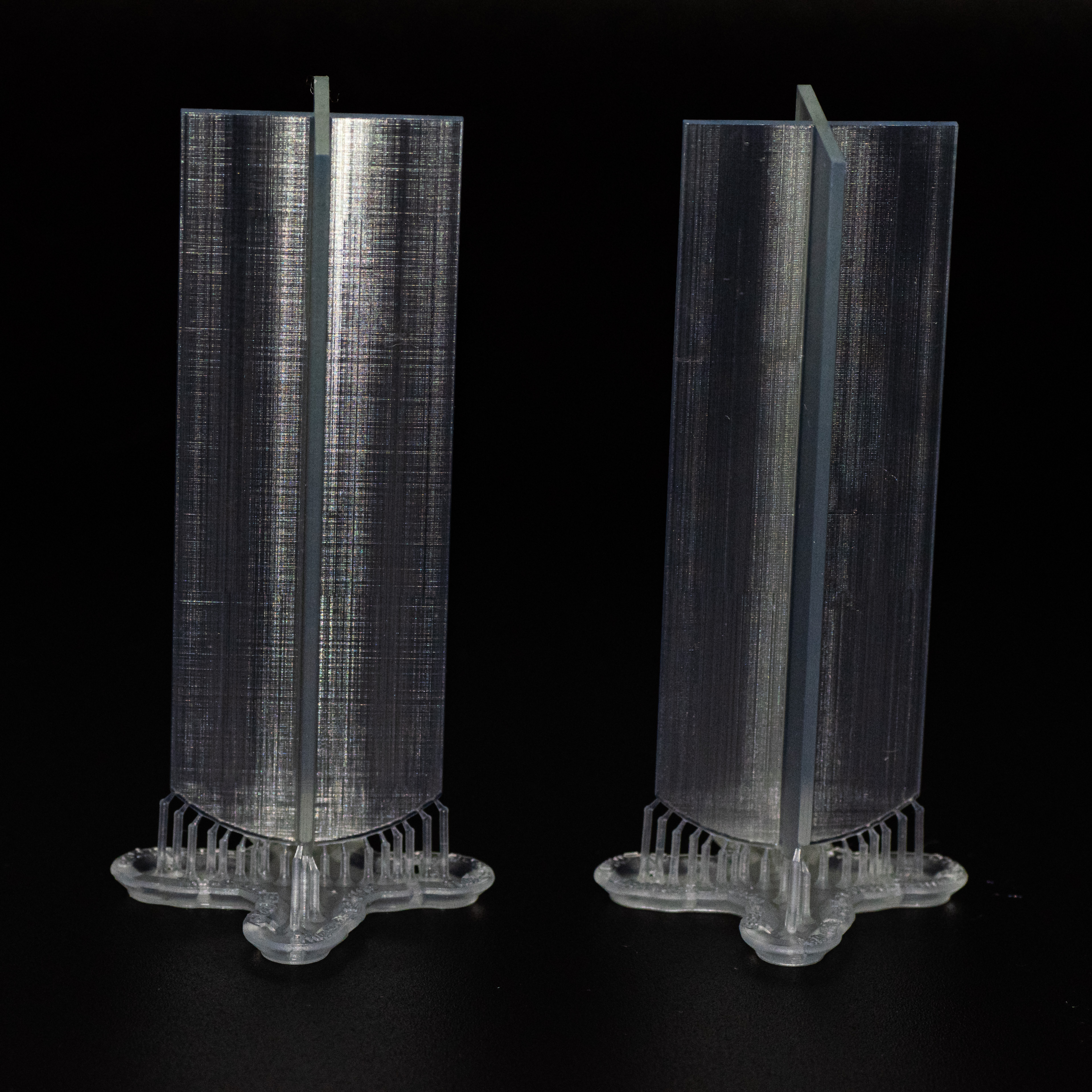 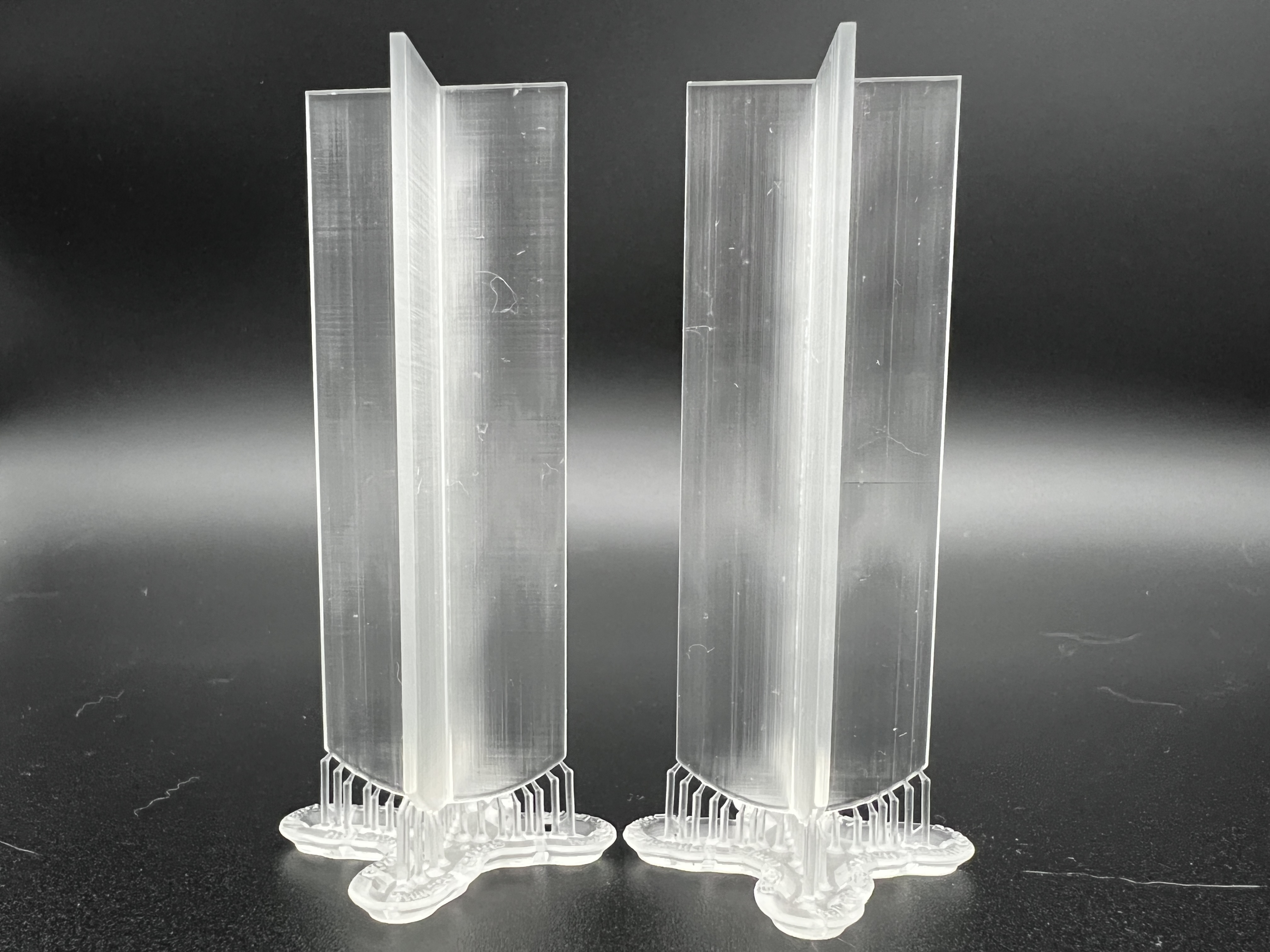 Here’s another test, this time with the little cup model. Everything else the same.
This time I measures just the actual time it took to print, no heating or filling. 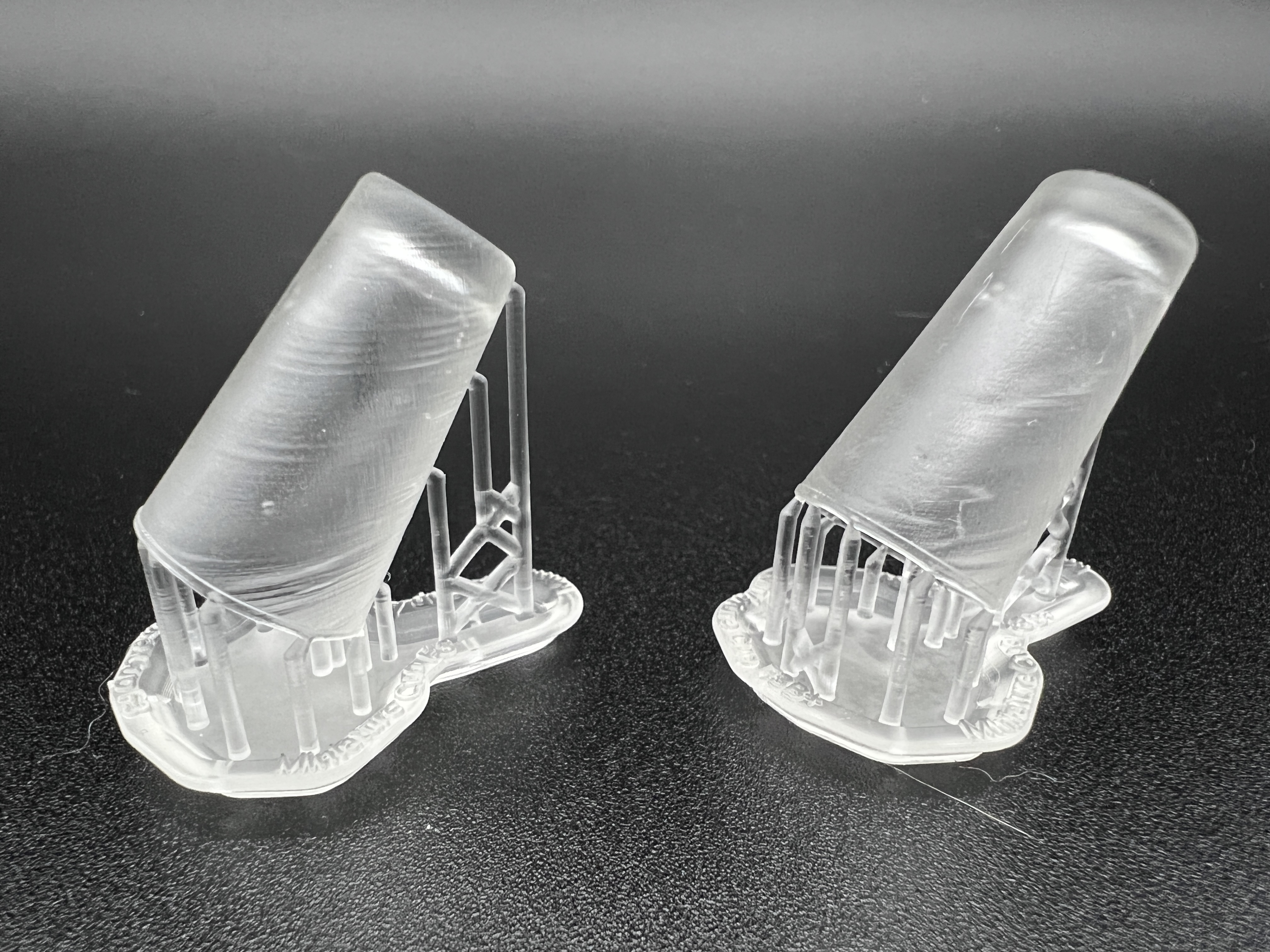 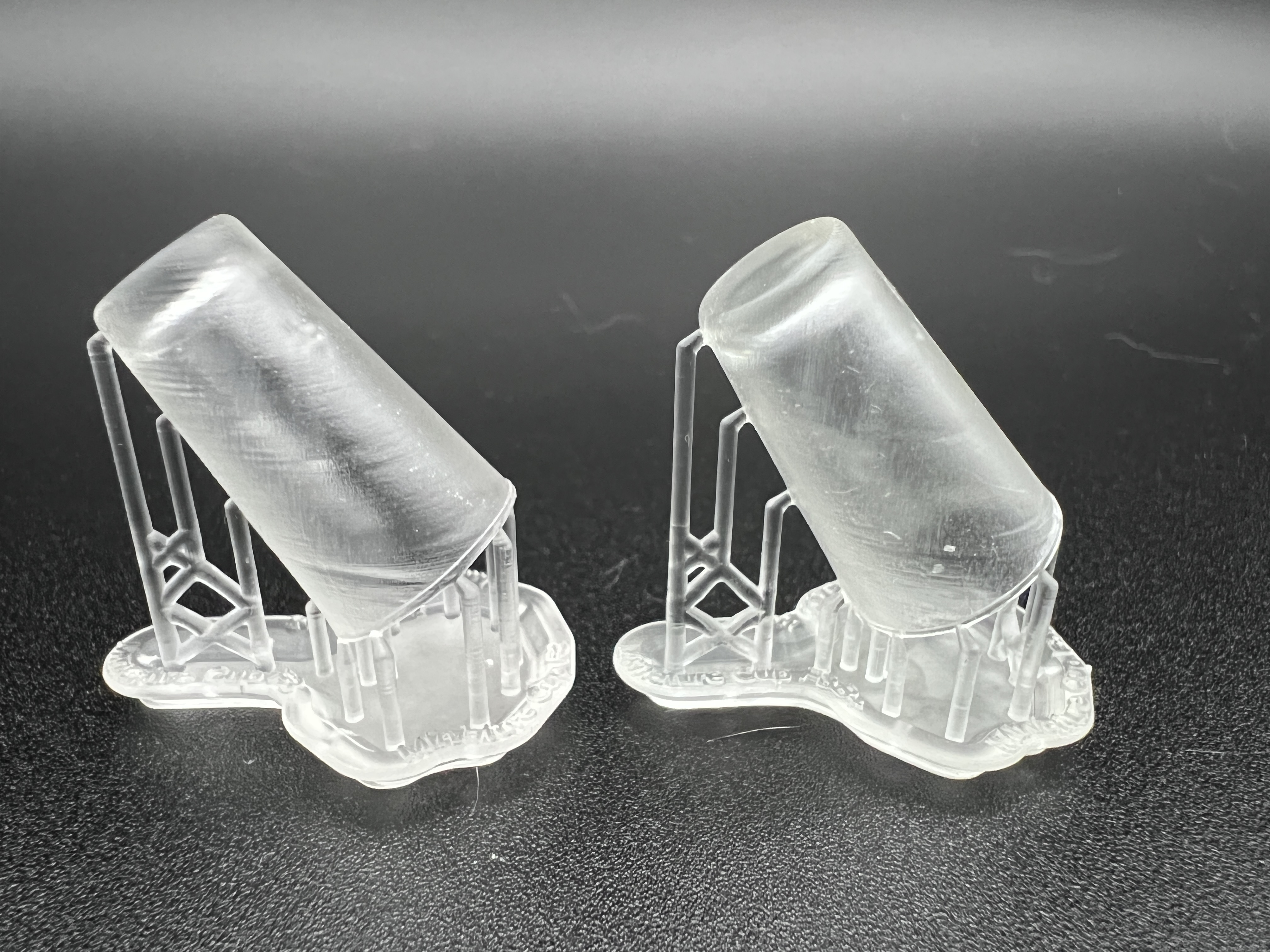 And last of all we have the official test prints for Clear v4. I’ve tried to get my hands on the stl but with no luck so these are straight from Formlabs. 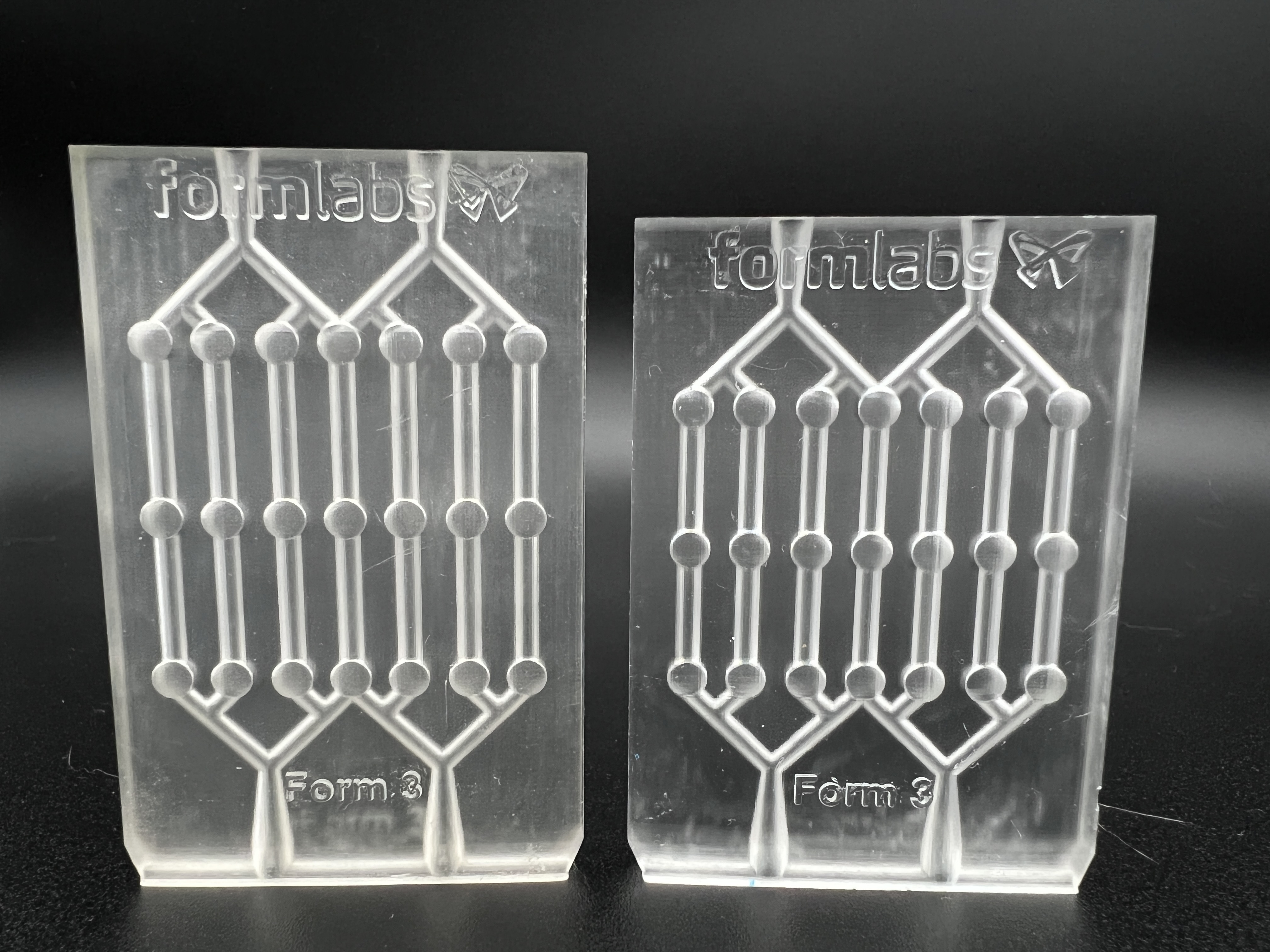 Here it’s more obvious differences but the models are not identical, the F3+ model (on the right) is 5.9mm thick vs the old 5mm.

Beside the differences seen above there are clear mechanical differences that you can hear, the new + model sounds much more solid especially when tensioning (or what ever it does) the tank.

Let me know if you have any other question I might help with.

At this point, I will not trust formlabs at all, will never purchase from them again! My form 2 has been junk since I got it and has only gotten worse over the years. Can’t believe for the life of me that anything that requires the optics be perfectly clean, they are not sealed in any way shape or form. They first form 2 they sent was junk, they replaced it under warranty and this unit need optics cleaned constantly. It’s in a very clean environment and I keep it covered when not in use. Seems like once a month I have to take it apart and clean it, which is a real PIA! Now by the looks of it, they are failing miserably with the form 3 also.

I would be curious to know what you ended up doing. I’m faced with the exact same scenario after 3 years of Form 2 use. The optic system broke down. Options from Formlabs: repair or upgrade to Form 3.
I have many red flags concerning the Form 3 but am not able to get answers from any users. The main reason I’m hesitating to repair the Form 2 is that Form 2 support is apparently running out in 2023. Not entirely sure if that’s true either. Support is one thing but I also need to know from Formlabs how long they will sell Form 2 tanks. No answers from them yet

Ciao,
I finally decided to repaired my form 2.
Included in the standard price for the repair (€ 800.00): they replaced the laser, did a general check of the printer and replaced the orange cover that had cracked. Now it works perfectly. The problem is that the repairs have only 90 day warranty.
They also confirmed to me that support for form 2 is guaranteed until the end of 2023.
“I also need to know from Formlabs how long they will sell Form 2 tanks”…this is a very good question!

Hi,
Thanks for your reply, I appreciate it very much. I think you made a smart decision repairing your Form 2. I will most likely do the same even though they gave me a higher quote unfortunately ($1300). It’s also good to know that support should last until end of 2023 so we can get at least 2 more good years out of the Form 2. With that, I do expect the tanks to be available until end of 2023 too, otherwise it wouldn’t make sense. Thanks again and best regards