Form 3 arrived yesterday, it looks awesome, has a very cute name, and even smells nice. Set up was dead easy, lovely step by step work on the panel, and it seemed to predict every question I had. Pre-Form worked well, although switching from virtual printer to an actual printer was a little unintuitive, it did not take long.
Printing was interesting, with the part not raising out of the resin (it was a small part) you can’t see how things are going until its finished. No criticism here, its part of the process, just something to be aware of.
During the print cycle there is a weird tick, the print head raises slightly, then drops fast on the resin, only a mm or two, but I found it slightly shocking.

There is no off button! on the form 2 you hold down the one button on the front to put the thing to sleep, the form 3 has no way to turn it off.

Could you post some detailed photos of the same part printed on the Form 2 and the Form 3?

Agreed. Photos would help sell this and maybe Formlabs can help address the issue.

Sorry for the delay in reply, I wanted to make sure that I was giving the Form 3 a reasonable shot at things, and so have printed off several parts with varying amounts of support and in different orientations. Good news is that I have managed to solve many of my problems through adding additional supports. For the form 2 I found that it was possible to remove some of the auto suggested supports, and add thicker supports in locations that didn’t matter on the piece, these instincts did not serve me well on the form 3, where I have found that if pre-form suggests a support, you had better go with it, even if you could have removed that support on the form 2. So far it is not my experience that the form 3 requires fewer supports, of small support attachment sites than the form 2, if anything it needs more supports to deliver best quality, I have no idea why this is, and I am sure that like with the form 2 learning what supports you need where will make a significant difference to final quality.

So with proper support, the outcomes for the form 3 are much improved compared with my initial prints. however, there are still some issues. I have tried to show these in the photographs below, but its difficult (my skills with the camera are not great). The piece on the left is from the form 3, and the piece on the right (with grey / white patches) is from the form 2. The form 3 produces a smoother print, z lines are still visible, but less pronounced, and with almost no dodgy alignment issues. But there blurring where it should not be. This is best seen on the surface detail on the shield, which on the form 3 is curved in profile rather than flat. On the form 3 the central ring of the shield blurs into the detailing and the spherical centre. It reminds me of the difference between printing a part in grey resin rather than black on the form 2.

I am pretty sure that this is an issue that can be sorted when Form releases updated settings for each of the resins, at least I hope it will, and I hope they will add an off switch also

So far I have found that the form 3 takes about 50% longer to print a part than the form 2 did, based on printing small loads at 25microns in black. 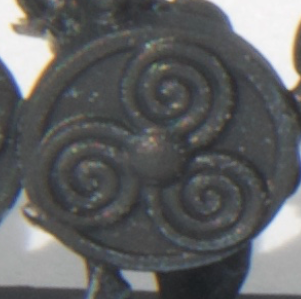 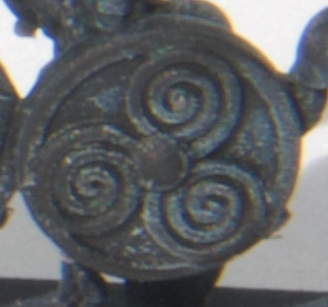 Which pictures are Form 3/2?

Thanks for the photo comparison, I’m printing the same details as you are. If at 25um the form3 ends up in less sharp and details than form2 I will consider withdraw my order. It’s very concerning to me as in the latest preform they still put experimental at 25um.
Formlabs - if you are still in experiment at the highest level quality, why do you release the printer??
and why this is not well stated during your ad campaign(for obvious reason…)
I originally was going to get SOLUS to achieve the next level of details, but end up choosing Form3, please don’t make me regret my decision.

This is the exact problem we’re facing with the form3 vs the form2 on campus and off-site. Soft edges and details regardless of support settings, and SIGNIFICANTLY longer build times. Even with the smoother layer-by-layer outcomes, the reduction in detail overall is a non-starter for a good chunk of the work we do.

This worries me, could you share some comparison photos?
Thank you.

@cfisher_cpl like @ytw I’m also getting very concerned - but before I cancel my F3 order I’d like to see some more pictures. Many thanks to @johnbraisby for starting this thread and sharing his experience, but I agree with him regarding his camera skills

Another thing I’d like to see is a dimensional accuracy test. Sometimes on my Form2 with certain resins I get overcuring and dimensions are swollen in all axes by up to 0.3mm (formlabs white is the worst so far, but I’ve also had bad results with several versions of clear). 1mm holes can be completely filled in.

Could the loss of detail be overcuring? one way to check would be to print a cube with some 1mm holes and check the dimensions and if the holes are filled in. 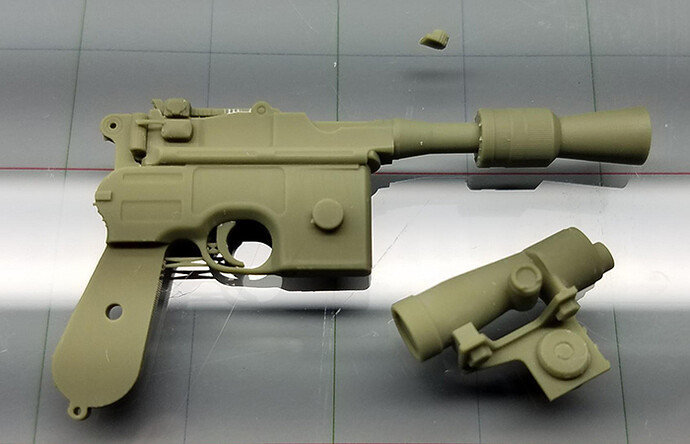 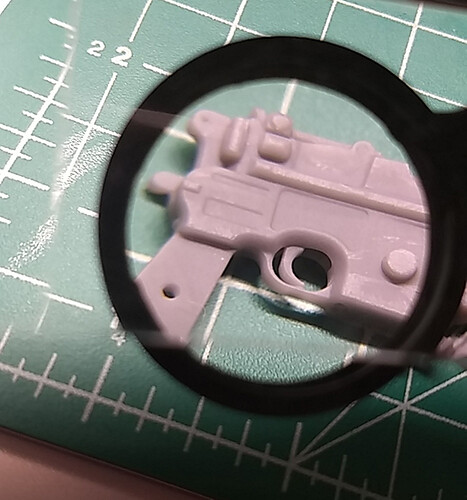 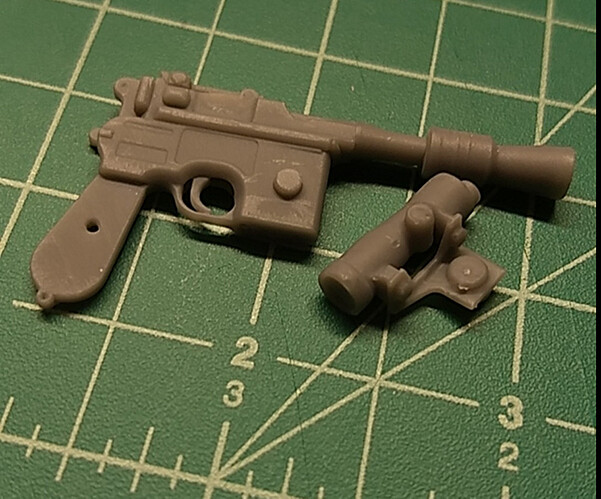 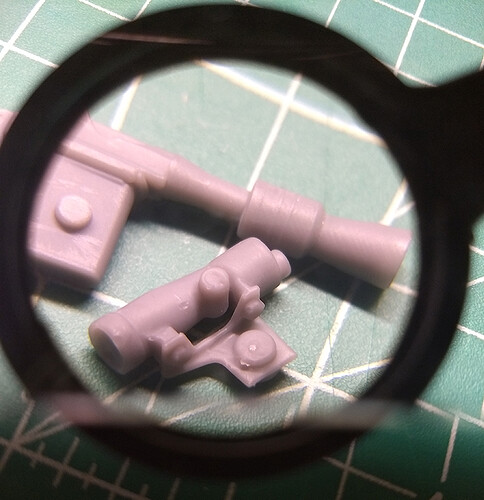 @KevinHolmes I can see exactly what you mean about overcuring, as this model has a 1mm hole a the very bottom of it that is filled in the print but not in the model or in preform.

Great news! I’m very happy to say that the latest firmware and software update (3.1.0 September 12) has lead to a significant quality improvement on the Form 3. I’m now convinced that the issues above are due to fine tuning on the settings of the new printer. I think there are still improvements to be made on crispness but the quality is, in my opinion, now better than the form 2. I’d still like an off button though

@johnbraisby sweet! can you post a pick of a print with the new software to compare?

Sorry, the photos are not great, but here are some shots 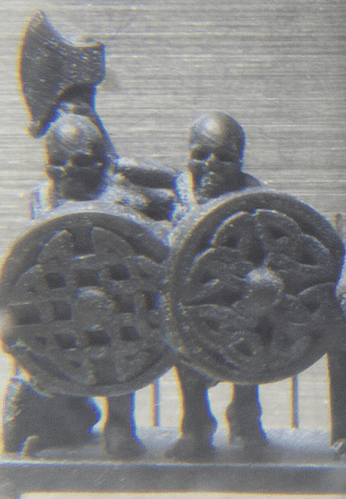 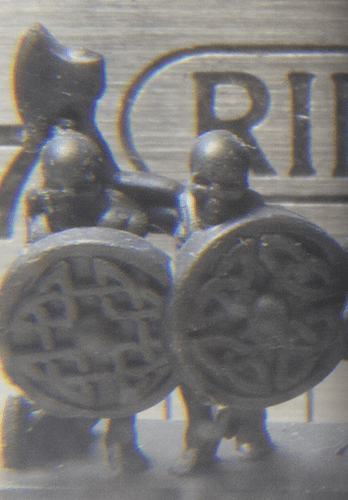 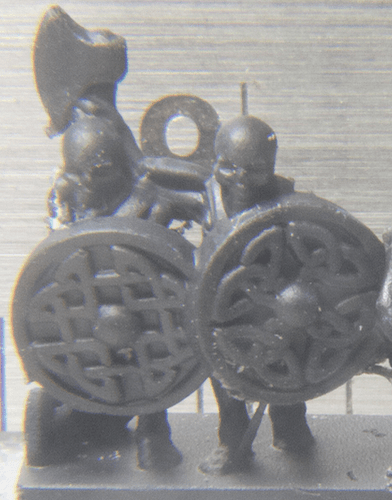 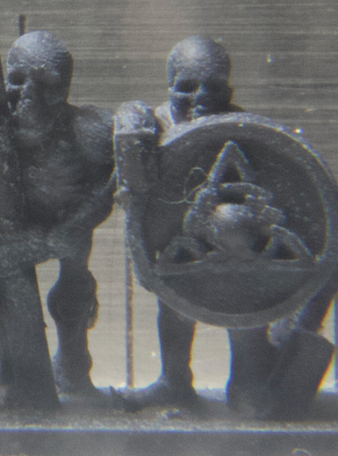 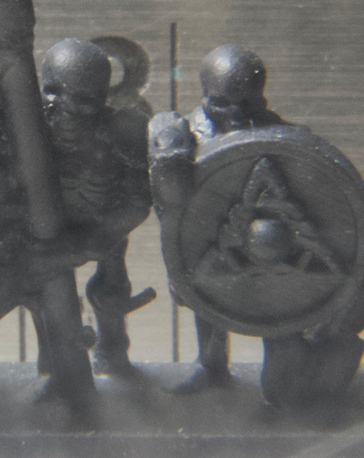 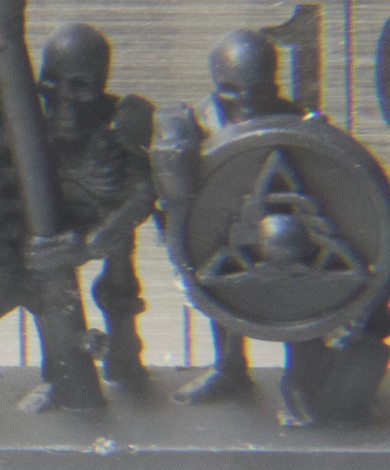 Brilliant. Thanks for sharing, The improvement from F2 to F3 plus update is amazing, especially around the rib cage and the twist on the shield.

You have given me my first warm feeling on the F3.

That is a nice improvement in detail.

The smoothness of the Form3 looks really good

Hey Guys! I’m a long time (3 year) Form 2 user with a fair amount of use out of the machine each month. What can I say, I’m a big Formlabs fan and so as soon as I heard about the Form 3, I ordered one.

I got my Form 3 this morning, finally! (a bit later in the UK than for you USA guys and gals!)

First off - am I being completely dumb or is there really no power off button? Also what are those two little dots to the right of the screen? Guessing light sensor for screen brightness.

First print - total fail. Really simple 4 hour print that delaminated on about the 20th layer, before it had completed the build platform. I’m printing in Tough resin with the latest issue.

Trying another print now - I really can’t figure out why such a simple print would fail.

I’ve noticed it requires more supports and depending on the size of the print a 30-40 point size seems required to prevent prints from failing. 30 for 25um, 35 for 50um, and 35-40 for the 100um. I had to throw out all my Form 2 support settings as they’re not optimized for the form 3 and I’m still trying to figure out why some parts fail but so far adding more supports seem to prevent those failures. It’s disappointing if you’ve been using the form 2 but what can you really do I guess.