So the first form 3 we received was a dud, the laser was not firing so we had to ship it back (more on that on my first review). However after some talks with support we got a new one and I have been printing non-stop ever since.

The form 3 is set up at my house with other 4 printers (asiga Pico 2 hd, prusa i3 mk3, wanhao d7, and an anycubic photon s). The room is purposed for resin printing, the windows have been covered so no light comes in and cures any exposed resin. I have an ultrasonic cleaner and uv lamp. The setup of the printer was quite simple, it is amazing that the printer is so user friendly (a bit too user friendly as I will explain later). Everything was checked, ran through the setup and was ready for a first print. 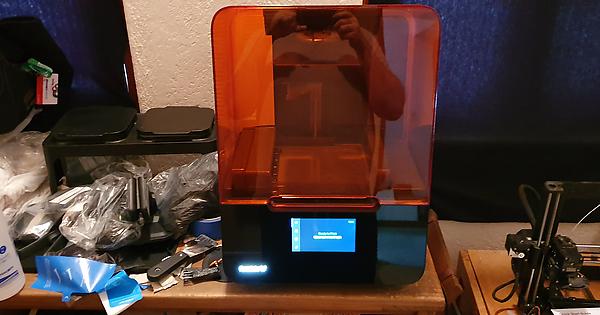 I decided to print out the formlabs clip at 100 microns, just to have a general idea of quality and time that this printer would take. It is a slow printer, and at 100 microns layers are visible, but after the first print i was excited to see what it could do at a better quality. I decided to print a test of a file (i make and sell STL files for D&D) at 25 microns to see the true potential of the printer. I got a bit worried that as soon as i put in the settings for 25 microns on preform it said “experimental” upon checking on this with support they said it was “safe” but settings were not optimal yet which i found weird. I decided to go ahead with the print. 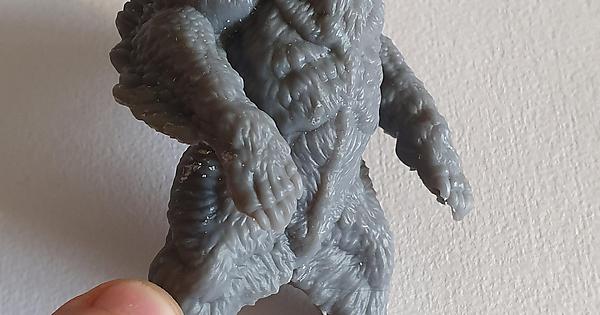 Print came out amazing, the main use for this printer will be to make master pieces that are to be cast in silicone and reproduced in Resin afterwards, so surface quality is very important. I have to say that the surface was flawless, however supports were terrible and hard to remove. I was using suggested support tips (0.6 mm) and when removing them they always seem to “dig” and break into the print in stead of leaving a stub (unlike their promo video would suggest), completely ruining the surface of all supported parts. 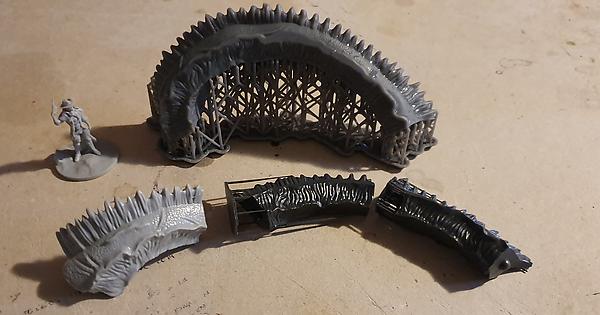 I have now tried a bunch of configurations for supports, but they are still limited and I still find myself having to sand everything a bit more than optimal, often having to “carve” out the details again by hand. 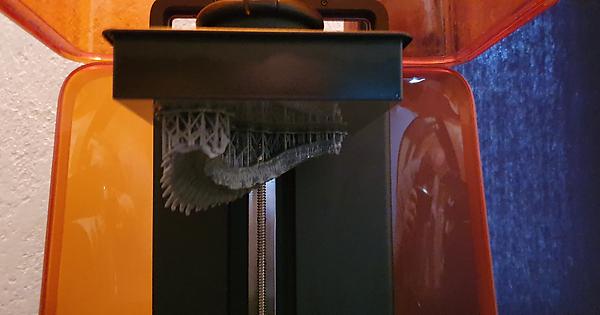 I have had more success with very small tips (0.20) and more density (1.25) with some larger supports in some specific points especially at the bottom to have better grip of the final pieces, i do think this could be pushed further down especially because of the low force of the new LPU and separations. If I could further configure some things I am sure I could make a more permanent fix and have pristine prints every time, but so much of the printer is not accessible that all I can do is wait for them to improve their settings for 25 microns.

We are still incredibly happy to have gotten the printer, and it was a great decision overall, if you are thinking of getting one you will not regret it.

Also if anyone wants to share “better” support settings please hit me up.

Thanks for the review, its good to get some more first hand impressions of the printer. The 0.6mm supports seem way to over kill. Even on my Form2 when I print small figures and miniatures I regularly use 0.15mm supports with a few 0.3mm at the first contact points and the prints come out great.

Thanks for the review, do you own a Form2 printer? I read in another thread that printing 25um on Form3 actually has more blurry edges than Form2,

Sorry for the delay in reply, I wanted to make sure that I was giving the Form 3 a reasonable shot at things, and so have printed off several parts with varying amounts of support and in different orientations. Good news is that I have managed to solve many of my problems through adding additional supports. For the form 2 I found that it was possible to remove some of the auto suggested supports, and add thicker supports in locations that didn’t matter on the piece, these instincts did not serve…


and from the photo you post it’s hard for me to say that’s as sharp or detailed than I expected. I could easily get that quality on my 2-year form2, however I understand that details has a lot to do with the digital model as well.
I wonder if anyone can push the limit on Form3 on 25um to see how detail it gets, since that’s my main concern.

I’m looking at prints from a colleague’s form2 work vs the same model done on our new form3 (university lab) and even though we are getting “smoother” surfaces layer by layer, all the edge details are soft. I’m not sure if we’ve received a bad cartridge of gray (seems super thick compared to the form2 formulation), but even with smaller support tips, I’ve got the same issue of surface pitting on removal of supports rather than clean breaks or leave-behinds. I’m working on testing orientation effects, because the softness of detail loss seems to happen worse on features and edges facing the build plate. Right now I can’t recommend the 3 vs the 2, especially knowing the additional lead time for cartridges and resin tanks.

Resin cartridges are the same and can be used in either machine. Resin tanks are different due to the new technology.

It does sound like you’re overdoing it a bit with the supports. I almost never use the automatic support generation, since I can do a better job of placing supports in an optimal way and making sure they’re in places that are easier to clean up later.

Unfortunately, one of the problems with any SLA printer is that the supports are the same material as the print itself and so you have to do some work to clean things up later. The big issue in the past is that extra material cures around supports which leaves a larger mark than just the support would be. The changes of the Form3 are supposed to reduce that effect.

for sure, I have also started orienting parts to have more detail and be more “vertical” to get more detail. This is not great since print time is very underwhelming, i think i have done a couple 30+ hour builds now and the wait is terrible, I had an unfortunate lightout during one of those prints (was fortunately saved by my no-break) and i almost had a heart attack hoping my no break would last enough.

trying supports with 0.2 contact, which has proven to be a loooot better, and doing some thicker supports by hand, I am pretty familiar with resin printing so I know where it is optimal to place them.

Resin cartridges are the same and can be used in either machine. Resin tanks are different due to the new technology.

For me that’s a point of confusion. I get that the “cartridge” is the bulk supply of resin and the “tank” is where the printing happens, but the two words make me want to think of them referring to the opposite thing.

Supports peel off like wet sphagetti noodles if you immerse the finished part in H2O with a dash of dishwashing liquid, heated to ~60C. I use 0.4mm supports on grey resin (either FL or ApplyLabWork). They basically fall off the part once removed from this pre-cleaning bath.

I’m going to try this

We do the same with the Form 2.

After they come out the formwash, we put the parts under a stream of hot water(~70C). This allows for much easier removal from the build plate. Especially for things like rigid and ceramic resin. Supports come off easily as well.

Be careful, heat can make the part warp, and if you have the lights on while submerging the part in water then the outside of the part will cure where the water is.

I usually do like a few minutes of curing in water after rinsing, but if you don’t do it right you will end up with spots and white areas on the print.

How does the Form 3 compare with the Form 2 for high detail prints?