I’ve been doing some test prints that are a combination of a series of experiments (for me) to ensure I know how to print parts that meet some fairly narrow tolerances. On the other end, I wanted my tests to be more than a chain of print->measure cycles. So I thought I would print in LEGO.

I found an Open-SCAD model for LEGO on Thingiverse, which led to the GitHub code: GitHub - cfinke/LEGO.scad: An OpenSCAD LEGO-compatible brick generator.

From the SCAD code I printed a 2x6 brick, with no rescaling. 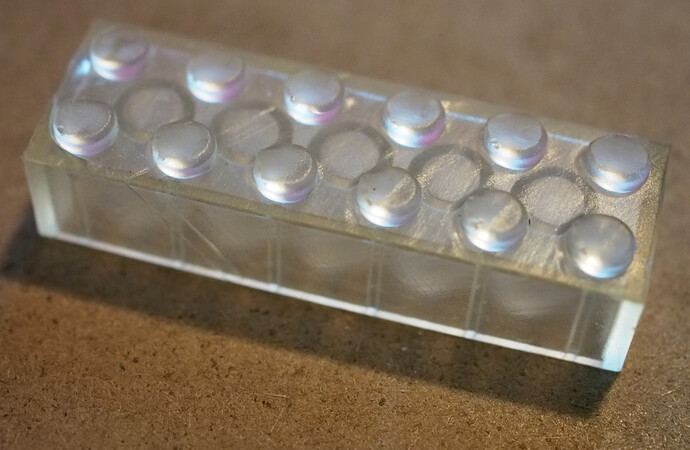 The print turned out well, but it was a tad off. I noticed the wall dimensions weren’t quite right, and the studs had no rounding, as well as being slightly off. So I found what looked like reliable lego measurements on-line and confirmed as much as I could with calipers, then changed the code. Also the shrinkage during the wash+cure process was enough that the entire brick was a bit too small. It would fit with actual lego bricks, but the female side was too tight, and the male side a bit too small – would click in but not very firmly.

Notice the crack that formed in the corner of the brick. 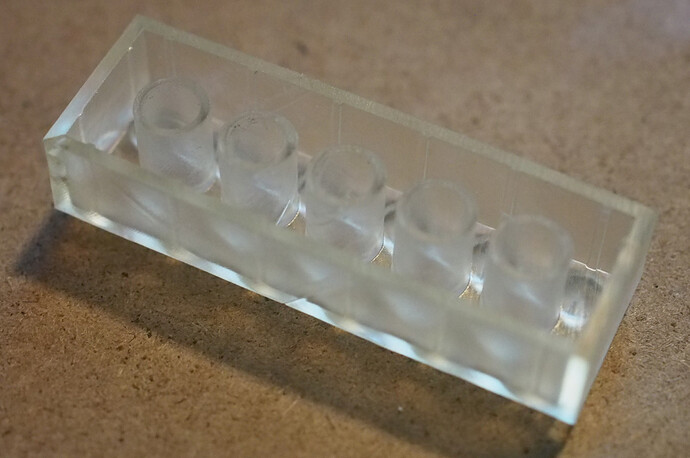 In generation two I fixed all those problems, printing with a scaling factor of 1.009. My previous experiments with clear resin suggested that was probably a reasonable scaling factor. 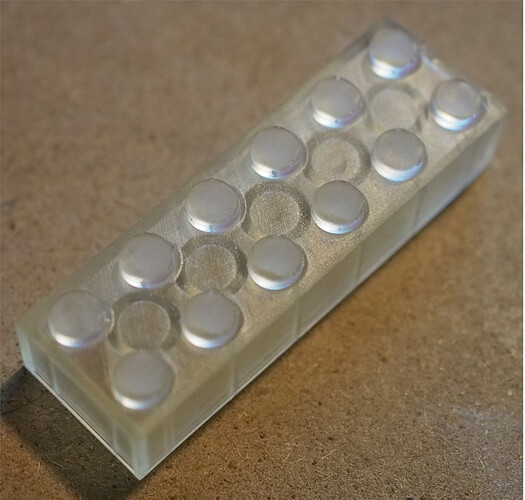 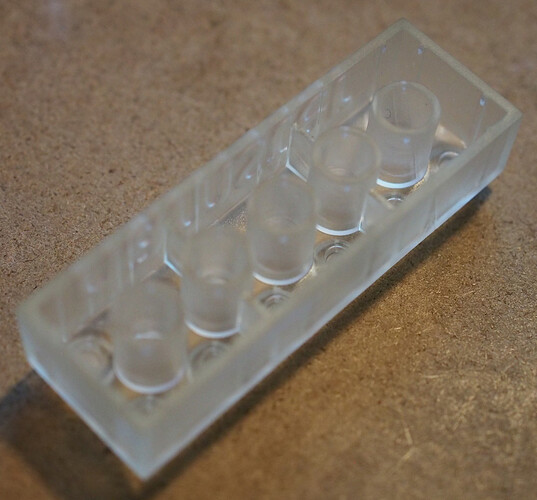 I also had it carve-out a little text on the side of the brick. 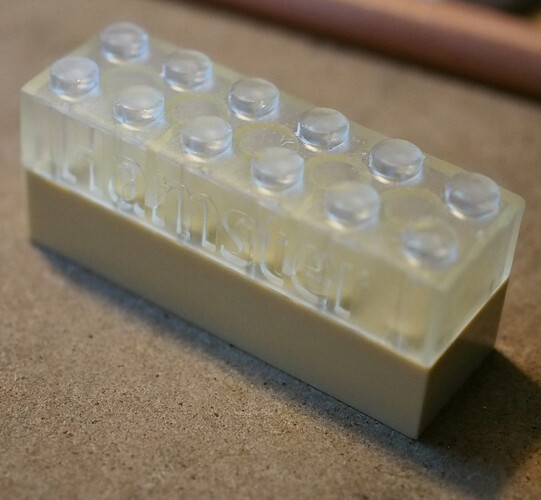 That is the print sitting on top of an actual LEGO brick.

Oh, and here is the GitHub repo for my variation on the Open-SCAD lego-compatible brick design.

I wonder if Tough or Durable would give even better results (with a bit of scaling tweaking similar as you did).

Or even uncured clear…

Nice job! I did an experiment a while back and never shared it since the source uses Inventor 2017.

It’s not apparent, but many walls in LEGO bricks and plates have gradual slopes. This is due to how the injection molding process works, but also helps to provide a certain locking force. If the walls are perfectly perpendicular, the insertion force is sudden, but if the walls are tapered by just a bit, the insertion force is much more gradual (part removal is also considerably easier/smoother).

If you can, I’d suggest going to a LEGO store or shop online and buying the most generic parts to test against (assuming you don’t already have parts).

And for reference, the prints (sorry, don’t have any real-life pictures on hand): 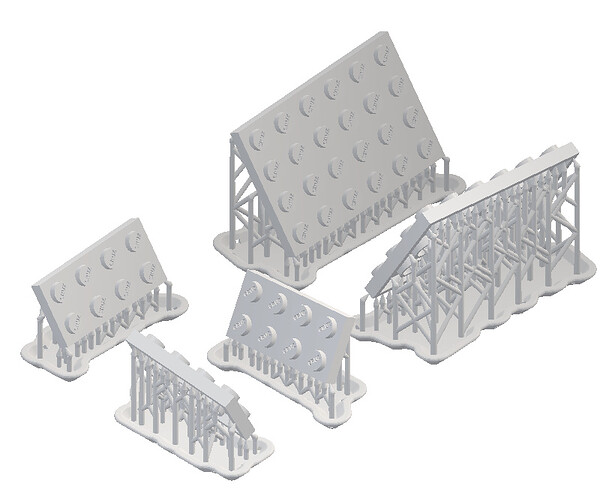 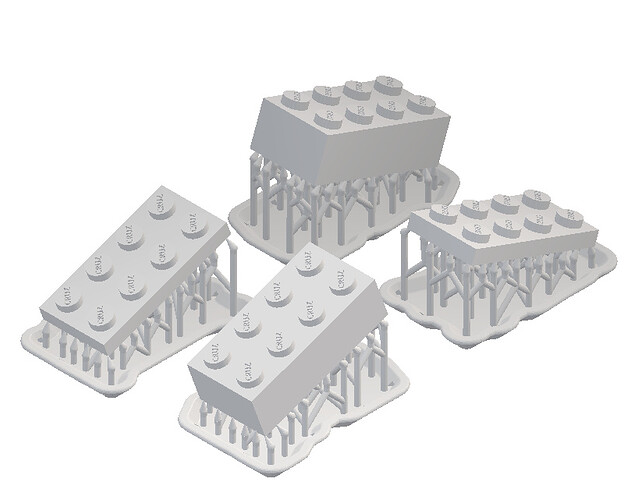 Do they work fine after so much support?

Yup. Some light sanding was needed to remove the nubs, but all of the supports were automatically placed on easily-sanded and non-feature-critical locations.