Hello Everybody
I printed some ringsin Castable resin V1 for a customer and the casting result ( made by a company that followed the burnout schedule provided by formlabs) showed surface holes and porosity for several rings. The holes were so severe that the goldsmith was unable to polish it down to make the rings usable. This porosity were not present all over the ring but just at some spots What’s the problem? The curing time? (I usually cure my models for 3 hours under 16 9w uv lamp ), a poor investment mix? Not following the burnout schedule?

Thanks for any help!

Hey Richard! From my experience it seems to be related to incomplete burnout or ash. There needs to be good airflow. One suggestion is turning the flask hole up sometime during burnout, and I’ve had good luck with adding additional sprues.

Curing is huge…but I cure way longer than 3 hours sometimes I’ll just leave the piece in the curing unit for a day or so. I also found that my LED nail curing unit doesn’t harden the piece enough…the one with the tube type UV lamp has given me more consistent results. With Castable V2 it turns darker blue and is no longer sticky.

I always thought I was having porosity problems because of temperature, but I believe it has more to do with curing and residual ash. I know there was recently some testing by Formlabs on V2…not sure if @Frew can comment on the results?

Thank you very much for your response!
Also did you notice some difference in measurmenrts between the CAD model and the printed model. I have a marquise ring with 4 by 2 mm head that came out with 3.75mm by 1.75. Is that normal? it seems odd to me. Is there a problem with the orientation of the ring during printing? Do you have any experience on this matter?

I wound up switching to bluecast resin. Have had much better casting results. I follow their schedule and use the form2 in open mode. After a lot of tweaking with investments , times and temps… i know have about a 95% success rate. As for shrinkage, i found that I have to make the models 2 % larger in preform for the stones and finger sizes to come out perfect. Hope this helps

one last thing. Do you know the shrinkage percentage of castable V1 after casting?

Thanks a lot!
Is it dfficult to use the form2 in open mode? is ther a link somewhere?

Thank you very much!!

Castable v1 is the older version of our material and you’ll have better results with the most up-to-date formulation, Castable v2! Fully post-curing the material is the most important factor in a successful burnout. Using the small nail salon boxes, 4 hours on each side of your part for a total of 8 hours is best for a full cure.

After testing on my machine, if I’m making a setting for a 5 mm stone I usually create the setting about 0.15 mm larger. I am usually setting small faceted stones and bezel settings, or small cabochons, and designing to this standard I can actually set these stones without using a bur to clean out the setting.

I am using Castable V2, and it seems to shrink a little bit more as I cure longer. If I were to try and cast something straight off of the machine, it seems slightly bigger, but the resin hardens and shrinks during curing and turns darker. I have also had better results with Castable V2 than V1, and as I understand it, the resins have a shelf life…could the resin be going bad?

Can you post a picture of how your ring is oriented? Most of the rings I create are printed with a support that becomes the main sprue and they are usually printed vertically.

I have also used the BlueCast resin in open mode. Open mode is a little intimidating at first, and definitely goes against the reasons I bought the Form 2 in the first place…as a die-hard Apple fangirl, I like whole solutions without the hassle of going through different vendors. I do like the product, but using BlueCast also involves scuffing up your build platform, and also adjusting the Z axis. It does not require curing, but the longer you leave it before casting, the more it shrinks (much more than the Formlabs Castable). It also works better if you heat your resin manually, because the heating function is disabled in open mode; I use a baby bottle warmer. You also want to store BlueCast the bottle, and not in the tray…although I now store all of my castable resins in a container and not in the tray because they can damage the tray. So using a non-Formlabs resin has some extra steps and experimentation. (I actually used BlueCast to create a plastic “keeper” for my Apple Pencil; because of the shrinkage, I was able to get it to tighten around the pencil…and then I found that they sell a product on Amazon for $5 that does the same thing!)

And @Frew is right about curing. His recommendation is a good one.

Thanks so much both of you!
I think my resin close to be bad. I emptyed the tank and refilled it with fres one and I’m going to run a test on the same ring. It I get the same problem, I will switch to V2. Thanks also for the explanation on Open mode KatKramer but like you said this not the way I want to work with and bought my printer for. I will run some tests and If I have to rescale my customer rings by 3-4% I will do it not a problem in preform. By the way PreForm should include tools to make direct measurments on the models since a lot of persons like me only get STL files and not a 3D CAD file to play with. What do you think FREW?

this the ring and the orientation 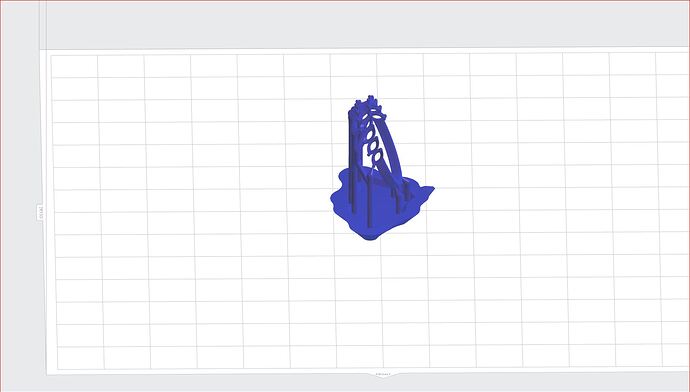 I have had no issues using open mode. Actually prints faster because you dont have to wait for the tank to warm up. I have noticed no difference heated vs ungheated… The nice thing about the bluecast is that it needs no curing. Just rinse in the alcohol bath 3 times in each one for about 5 minutes or so and all has cast well/ (as long as I dont screw something else up) I have not had to scuff up the build plate, but have had a few failed builds. The issue I have is that when you get a failed build, the tank get a cloudy spot on it . I have found that I must then avoid that area of the tank.

Every once in a while i miss and have to replace the tank after awhile. Not ideal but if it gives me better results…