Hey guys just wanted to share one of our recent achievements here at ProtoRIFFO 3D Studios using the INCREDIBLE Form2. Privately contracted Night Ops Wolvie is 1/4 scale and stands at 16.5" on the base. It may not look like it but utilizing Meshmixer, FreeForm and PreForm to slice, hollow and prep for printing this sucker went from a 12pc sculpture to a total of 27 pieces sliced and keyed. The base alone was 9pcs. The Form 2 held the long pieces for the base rather well with almost zero warping of the long edges, and I mean close to zero angle deformity… nothing a little putty and basic model making couldn’t fix. Every modeled piece was prepped to print @ .125" thickness head to toe. And sliced so all structure was placed within a cavity and not on any of the detail. All structure was within cavities created by shell. none on detail… hence 27pcs. Chest was 3pcs hips and thighs were 5pcs, Boot and soles were seperate pieces to maintain boot tread quality as examples. Great machine and an INCREDIBLE support team. I couldn’t have done it without their help. I’ll post more pics as soon as certain NDA’s clear on current and past projects, But this was a fun one we challenged oursleves with. Final model was engineered to be a total of 20 moldable/cast pieces including 3 different head variants. Artists who contributed: (Ay Sculpture, Caleb Nefzen, Kenneth Doyel, Gaurav Kumar, Tim Barry. Molding and casting to be provided by Jeremy Monz of BadAss Bolts and McFarlane Toys. 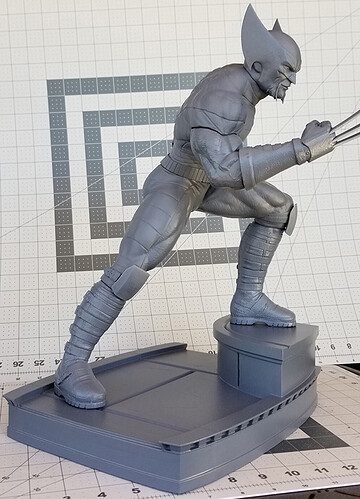 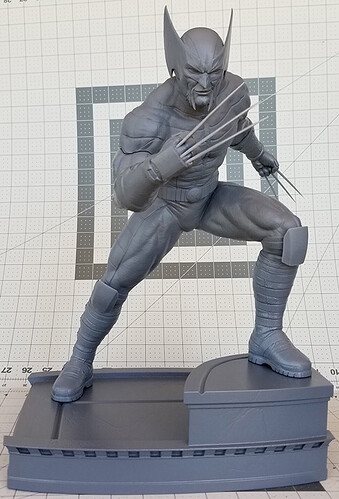 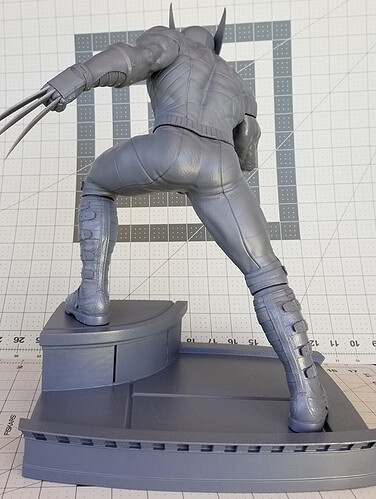 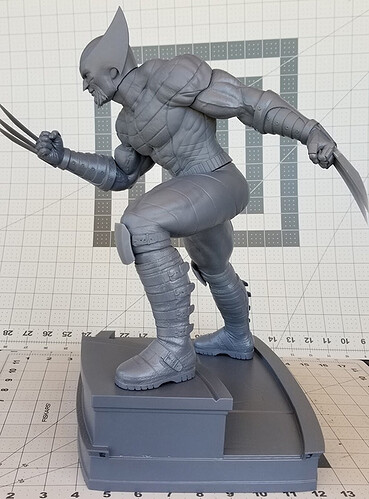 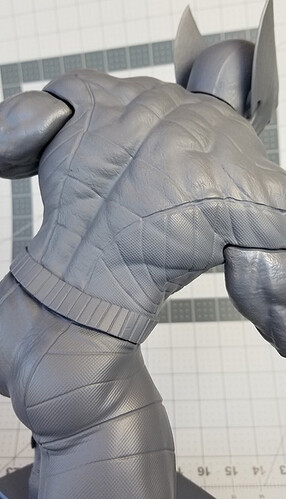 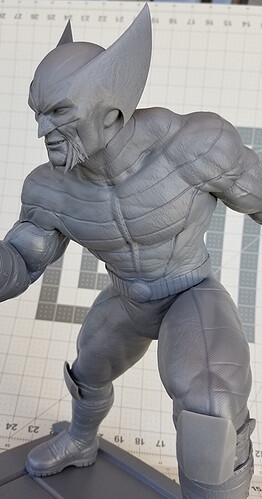 Thank you very much. It took a small village. And I’ve been blessed to work with some of the best on this. Couldn’t have happened without this printer and the support I received from the wonderful users on this forum and the team at Formlabs!

You mention that it was designed to be moldable. Does this mean it will be available as a kit sometimes in the future?

If so I would definitely be interested in one!!!

Simply stunning.Love the texture on the suit.The Form2 is an amazing printer and the 3d design work on this is just jaw droppingly good

what was the average offset between your keyed parts?

Jeff,
Great work! Jeremy Monz is an excellent mould maker! I had the priviledge to work with him at McFarlane.

Not a problem. anyone interested just send me a private message and I can put you in contact with the production company taking pre-orders!

Tolerances for sliced key press fittings were set between .3mm and .5mm. Any joined parts that need to be reassembled and permanently attached had a .3mm tolerance setting for flush seams.

AWESOME! I got to work with him there in my early years between 1999 and 2003. Great guy and simply one of the best out there for this kind of work!

I dont recall Woolfie being that tall!!

1/4" INCH scale? He would be a little over 24" standing straight up. He’s currently hunched and standing on a base.

As modeled it would be 5-feet, 6-inches tall at full scale. The OP is likely pretty spot on with the scaling.

I was being a bit too generous calling Wolvie 24" standing. You are correct that he’s a short round overall.

one quarter of 6 feet is 18 inches tall.

The figure shown, if standing up, would be around 18-19" tall from heel to top of head.
So the 1/4 scale citation is correct.

1/4" scale is meaningless unless you define the scale. If defined as 1/4" to the Inch then it matches the figure.
If 1/4" to the foot, then each inch is 4 feet.

i realized my error in my title name. but the description said “Inch” apologies. Thank you for the comment!

For future reference. In he collectibles industry we call figures either 1/4 scale which can be up to 24" and 1/6 scale which could be up and over 12". Sometimes on base sometimes off. Wolverine is a short character so he would not meet the 24" size if he were compared to other figures my client has produced. Just proper nomenclature for toy and collectibles.