I guess you guys know that IPA is really dangerous, not only in liquid state but also the vapours. The recommendations are that IPA should not be closer than 50cm to any electronics, to have a ventilated area and the most obvious to use protective gloves.

I use paint thinner. Pretty sure it’s not really safer but it’s an alternative.

I was concerned about another post that said the Sylgard 184 that everyone is recoating their vats with is incompatible with IPA. Since I lightly rinse the PDMS with IPA in order to get the remaining resin out of the pdms layer when cleaning the tank, I did a check on the compatibility of Sylgard 184 with IPA:

Here is the result:

PDMS can be used mostly for water based solvent systems; organic solvents like chloroform, ether, THF etc. will diffuse into PDMS and swell it. Lee et al. have conducted a thorough study of PDMS compatibility with various solvents[37].
According to their study:

• PDMS is not swelled in nitromethane, DMSO, ethylene glycol, glycerol and water.
• PDMS is very slightly swelled (~5% or less) in dimethyl carbonate, acetone, pyridine, NMP, acetonitrile, phenol, ethanol, propylene alcohol and methanol.
• PDMS is extensively swelled (5-30%) in ethyl acetate, benzene, chloroform, 2-butanone, chlorobenzene, DCM, dioxane, propanol and tert-butyl alcohol.
• PDMS is severely swelled (>30%) in pentane, hexane, heptane, triethyl amine, ether, cyclohexane, xylene, toluene and THF.
• The most swelling solvent is diisopropylamine, which cause a linear expansion of PDMS 2.13 times. In acids and bases PDMS generally does not swell, unless it is dissolved by concentrated acids like 18M sulfuric acid or 100% trifluroacetic acid. But swelling can be also used to extract unbound PDMS strands from an elastomeric network; after such an extraction PDMS exhibits much better surface stability when plasma oxidized (the return of hydrophobicity is considerably slower).

Since IPA is a variant of propanol, this may be a valid concern.

My question: Are any of the solvents that do not swell the pdms – such as ethylene glycol- or acetone - also good as a solvent for the resin?

Unless your changing colors I don’t see why you would ever need to clean the PDMS that much anyway.
Just use separate tanks for different colored resins.
As long as your keeping out chunks and keeping it well mixed just scrapping it well with the putty knife between prints is plenty.

I wouldn’t get the PDMS in contact with any solvent either. It’s much too fragile. If scrapping can’t get it clean, no other solvent is going to help IMO.

This community has shown interest Bradley Systems’ Yellow Magic 7 as an alternative to IPA for your parts cleaning needs. For those of you who would like to purchase Yellow Magic in a smaller quantity than has previously been available, please follow the link below. Thank you for all your contributions! 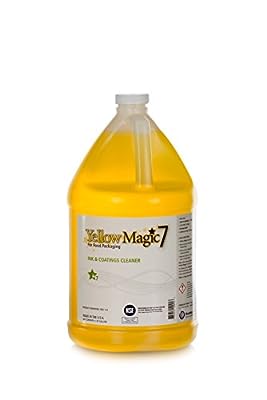 Can someone help, I received my gallon yesterday and after printing, soaked my print in yellow 7 for 5 minutes, then brushed with a soft toothbrush. One print I left as is and the second I rinsed in water. I put both prints into my uv chamber for a few hours. When I took them out, they were totally sticky! Am I doing something wrong here? I’d like to make this stuff work.
Ken

Once you have the lose resin off the part it is best to post cure the part while it is submersed in water. It should cure up quick and not be tacky.

Many of us using YM use it in an ultrasonic cleaner running at room temp to slightly warm (heated is not required but will speed the time needed). I run mine for about 8 min cycle time. I picked my ultrasonic cleaner machine from Harborfreight 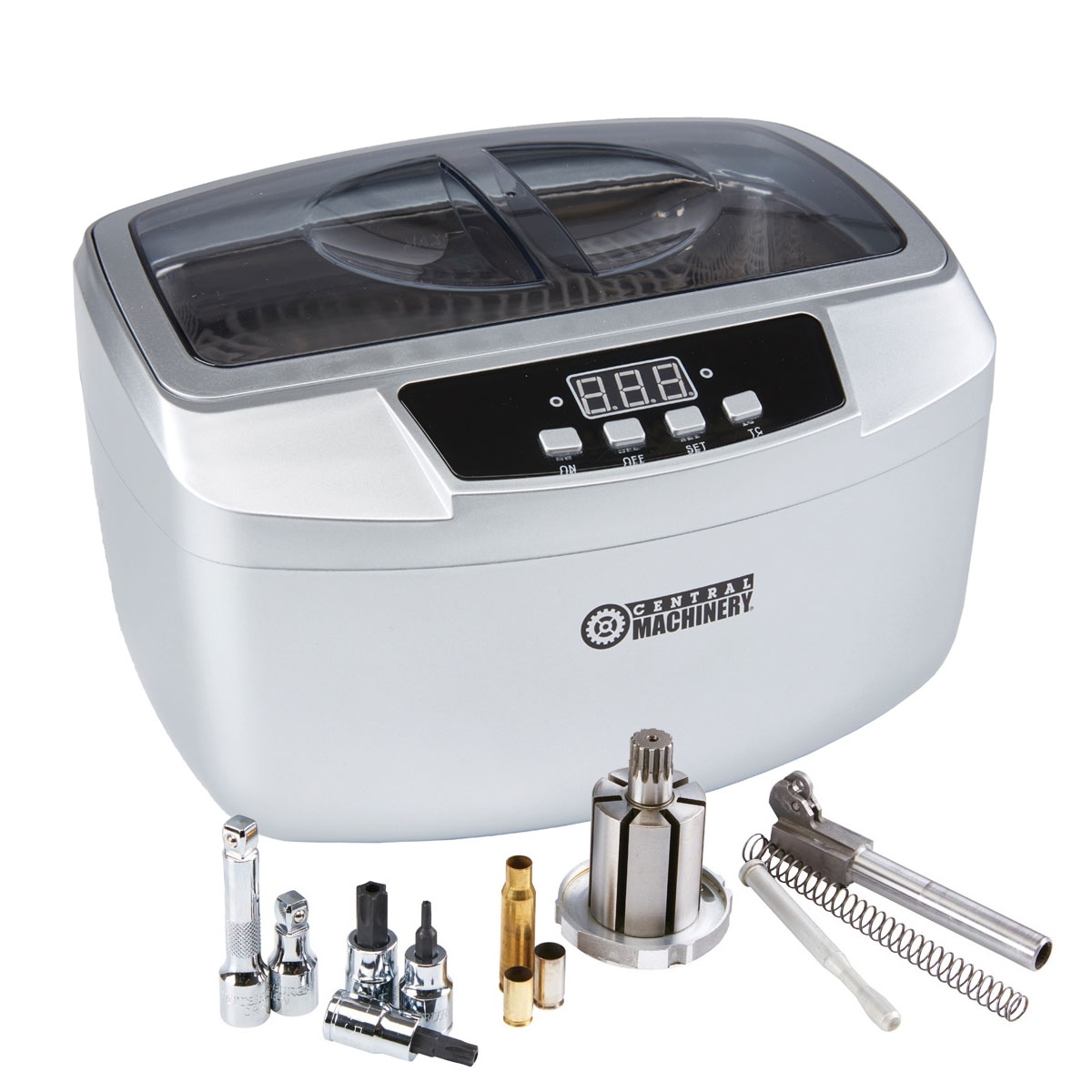 
Pretty cheap unit but does the trick here and seems to be holding up well. The reason I use the ultrasonic cleaner is because some of the parts are difficult to reach all areas with a brush.
Brush cleaning you may want to chop off the supports so you can scrub up the support side of the part easier.
Post if you have any more problems.
Ken_Weiland May 14, 2016, 2:10pm #9

So if I understand correctly, you place the parts in YM in the ultrasonic cleaner for 8 min. then you place in a clear bowl of water and place in a UV chamber.
I bought that Harbor cleaner last night and will try.

Yup, that’s about it.

Can the YM be used for other things like jewelry? I’ve read somewhere to fill the cleaner with plain water, then submerge a glass or plastic container into the water with your preferred cleaner which will save having to clean the ultrasonic if you wanted to use another type of solution.

Test some scrap to see. Most likely you’ll be good to go.