Ralph, how did those bulbs work? I would like to order both the bulbs and cabinet from amazon at one time if i can.

They work great. I have a shoe-box sized clear plastic container that I have filled with water inside the “oven” and place my parts in the water and leave them inside for about an hour. Use caution because they can easily get too brittle with too much baking as others have said.

Awesome, thanks. I will be setting a timer for mine to find that just right time.

With the water bath method using the sterilizer, I find that I only need to put the parts in a for a few minutes. The is a slight tack to the parts, but that goes away after sitting for a day or 2 (just on my desk under fluorescent light).

I bought that from wallmart for $6
I just tested, in 15 minutes castable a small resin drip got solid.
I also have this sterilizer box w/better bulb but not that fast and it’s expensive.

Checking in after owning the Amazon UV Sterilizer pictured above for several months. When it works, it works great - but buyer beware, these are poorly manufactured units. Obvious made-in-China design.

The unit would intermittently stop working for me. After taking it apart twice, I finally diagnosed the problem, which was twofold: One of the crimp-on connectors to the power switch was not firmly seated, so it was making intermittent contact. Also the tube light sockets are very cheap plastic pieces, and aren’t affixed well to the metal bracket. They’re basically each held on by about 1/3 of a washer, on one side. Over time I found the bulb “pushes” the pieces away at an angle, effectively making them farther apart, leading to lost contact with the bulb prongs.

Finally there was also a minor safety issue. There’s a ground wire that lead to the chassis, but it was just for show. Since the chassis and bolt-hole it touches are covered in paint, there was basically negligible electrical contact. I didn’t think to go investigate that until the chassis of the unit gave me a minor shock the other day.

In a nutshell - if you have some tinkering experience and don’t mind spending time (reassembling the unit is a bit of a pain, due to the awkward location of the screws), you can get it working well. But if you want something that “just works”, and continues to do so, keep looking. This is just my experience; maybe I was unlucky and received a bad unit.

Hope this helps someone!

After months of thinking about how to build a cure chamber or just buy a sterilizing chamber, I finally just gave in and started to build a simple jar that would be able to hold any size parts I make as well as perform underwater curing as well as dry curing.

and here is the end result. 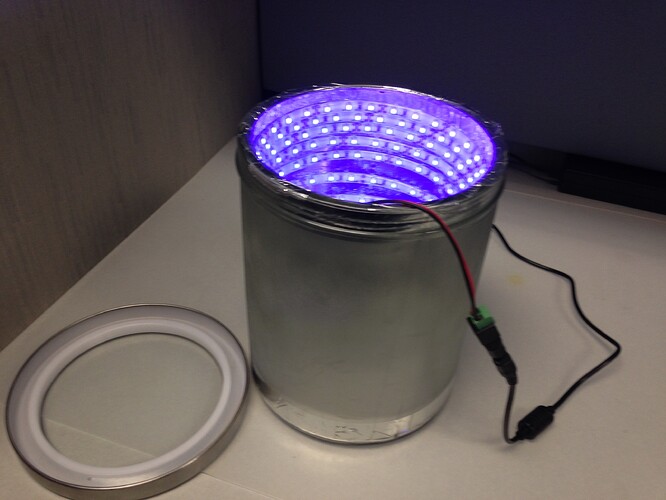 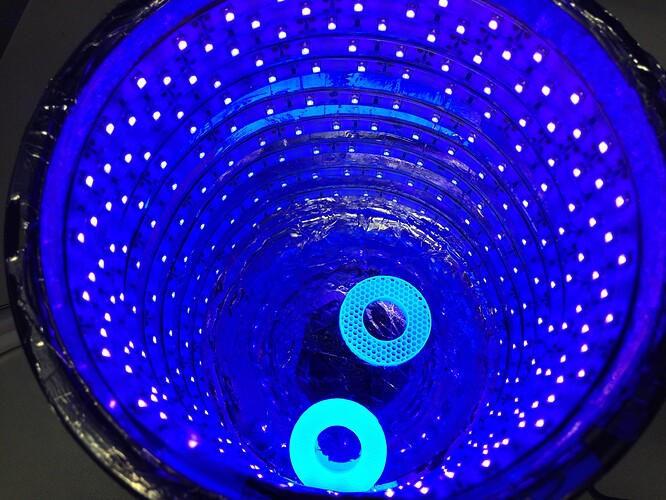 Would you mind posting the links to where you got your components? I found an LED strip on Amazon, but I’m really curious on your power supplies.

the power supplies are also from amazon I bought two of them one was a 12V 3amp 36W power supply and another was 12V 5amp 60W supply. They were built with the standard 5.5mm Power cable attachment so you will need to also buy the female connector for the LED strips 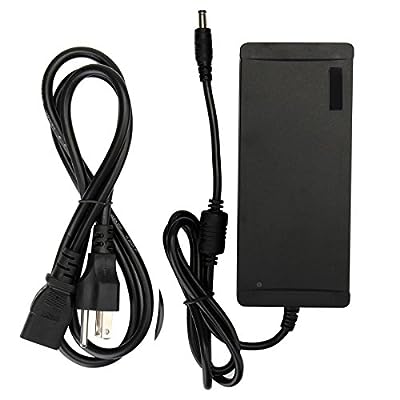 I made a UV curing box with similar design language as my Form 1. I used MDF, solar powered turntable, orange acrylic, car windshield sun shade, and electronic components from etsy. 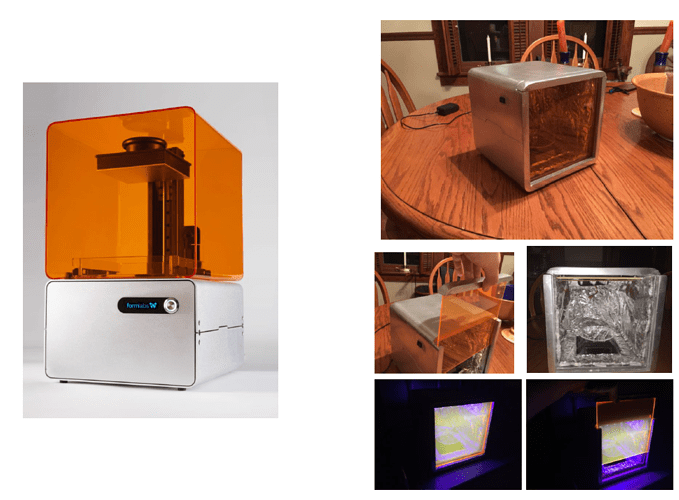 I’ve been reading about it on Amazon and many people are saying that it could produce Ozone which is toxic so they suggested replacing the bulb with a different type, specifically this one

Would the different bulb work? I have been curing my prints using the sun and noticed that White & Clear resins become yellowish after getting exposed to the sun. I also made 405nm light curing chamber and it does the same thing. Not sure if this curing chamber will fix that.

Ozone pre se is definitely not toxic, and a natural part of our body function, as well as a mitochondrial activator and Earth protector. Daily inhalation of industrial ozone (non-pure, pollution-laden) is associated with lung mitochondrial fatigue (often without recoverability), and the consequences of permanent lung scarring; it is also associated with asthma for that reason and also because ozone is able to break down the thin mucus film that protects the sensitive tissues of the middle and lower airway. Ozone depletion of the upper atmosphere is actually a big problem associated with dirty industry. Many propellants are ozone-depletors, which is considered and environmental hazard.

Parts can be directly transferred from the printer to Form Wash or removed from the build platform and placed in a basket. Set Form Wash for the desired amount of time, and your parts will descend into the IPA. An impeller agitates the IPA for thorough part cleaning and after the time is up, the basket will automatically raise and allow your parts to dry.

Form Cure is a robust and reliable post-curing solution that maximizes the material properties of your SLA parts. It combines the power of 405nm LEDs with precise temperature control to take the guesswork out of post-curing your printed parts.

that is the EXACT UV chamber I use with my form 1+ and form 2. I learned (today) that the lamp only produces 265nm wavelength light, which is the main culprit to all of my warped and deformed prints!! DO NOT USE THIS STERILIZER!!! most nail curing stations don’t possess the proper wavelength. Also for you to say after 10 minuted parts arent tacky seems a bit unbelievable… Anyway stay away from these stations, or only use lamps that provide at least 350nm and up.